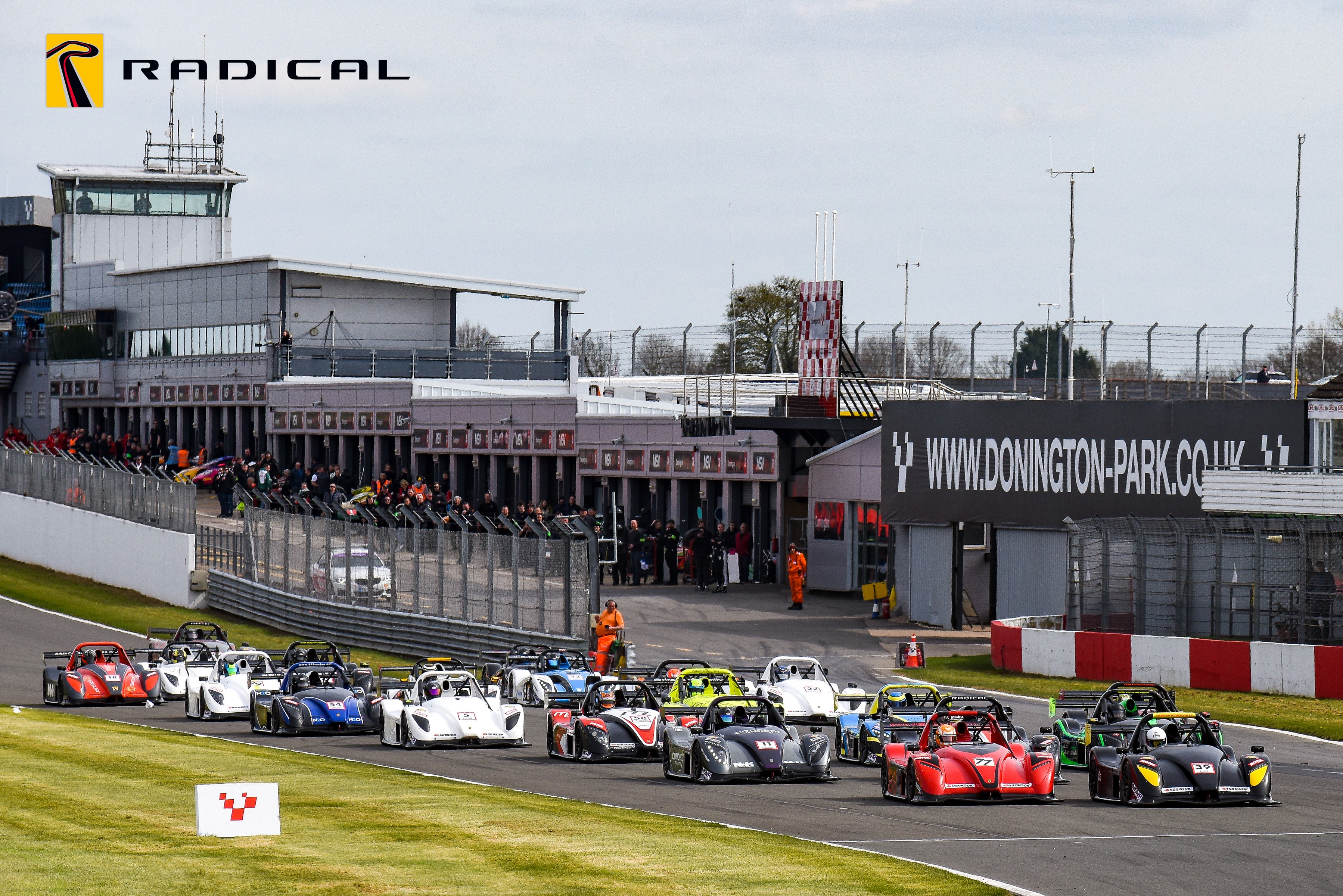 Jacek Zielonka and James Sweetnam were both in action with 360 Racing at Donington Park, for the opening rounds of the 2022 Radical Challenge.

Both drivers shared the sixth row of the grid for the opening sprint race.

From 10th on the opening lap Zielonka’s progress was rapid, ending the sixth lap in the top five. But the weather had turned and rain was falling.

“It was good experience staying out on slicks, as it was my first time in the wet at Donington and I just focused on staying on the track,” he explained.

Having slipped down the order on the slippery track, he finally came home back in 10th at the flag.

Sweetnam had opted to pit for wet tyres. “I came in under the safety car, so dropped to the back, but made a few places at the end,” he said, after demoting Zielonka on the last lap for ninth.

Race two didn’t start well for Zielonka, “wrong place and wrong time. I hit a car and then got hit, sandwiched and had to pit with a damaged nose,” he said.

Sweetnam was running comfortably inside the top 10. “I had got to eighth before a mistake at Redgate. But was OK in ninth until a mistake when we restarted after the safety car and I lost another place,” he explained.

He finally took the flag in 12th with Zielonka a lap down in 13th. 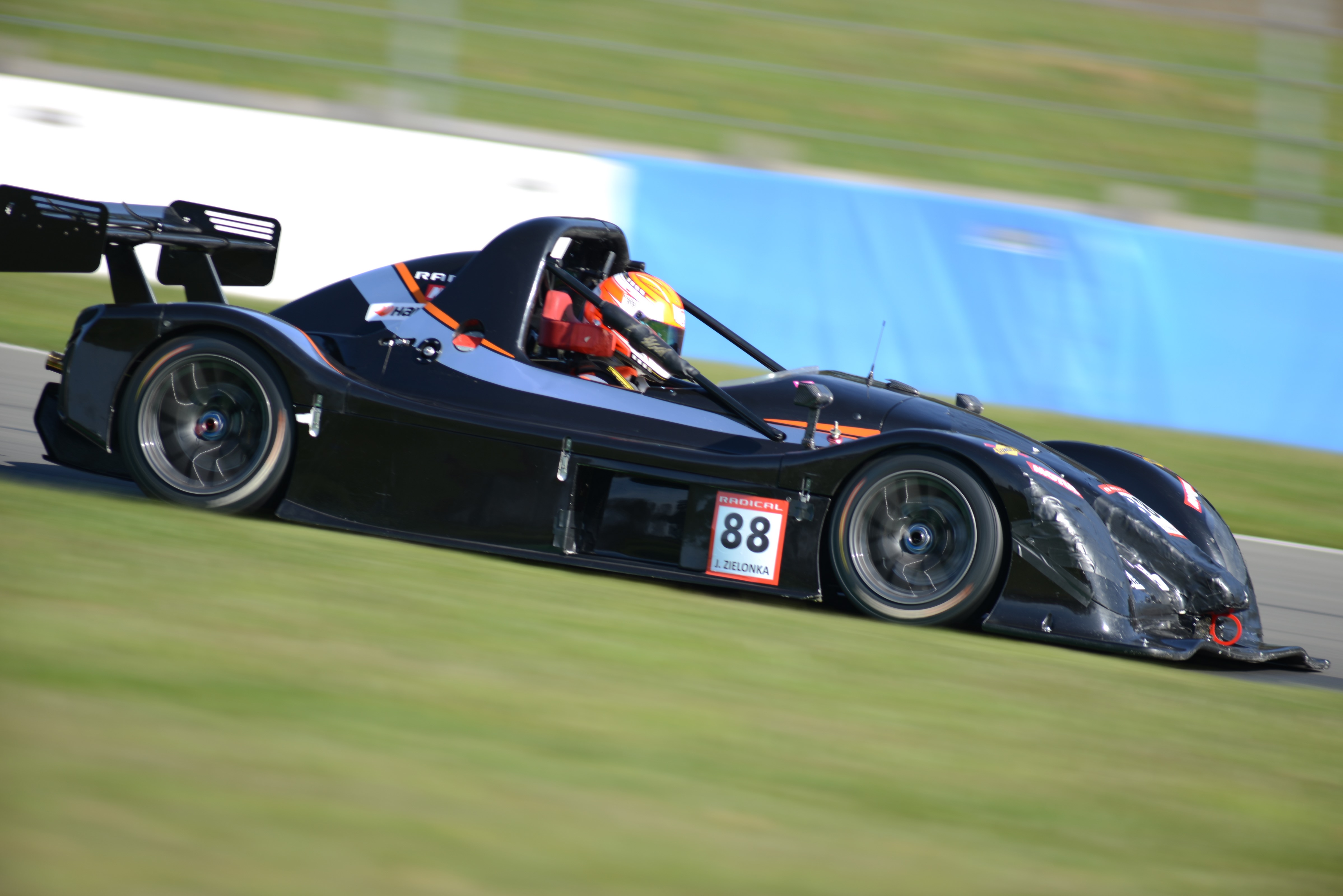 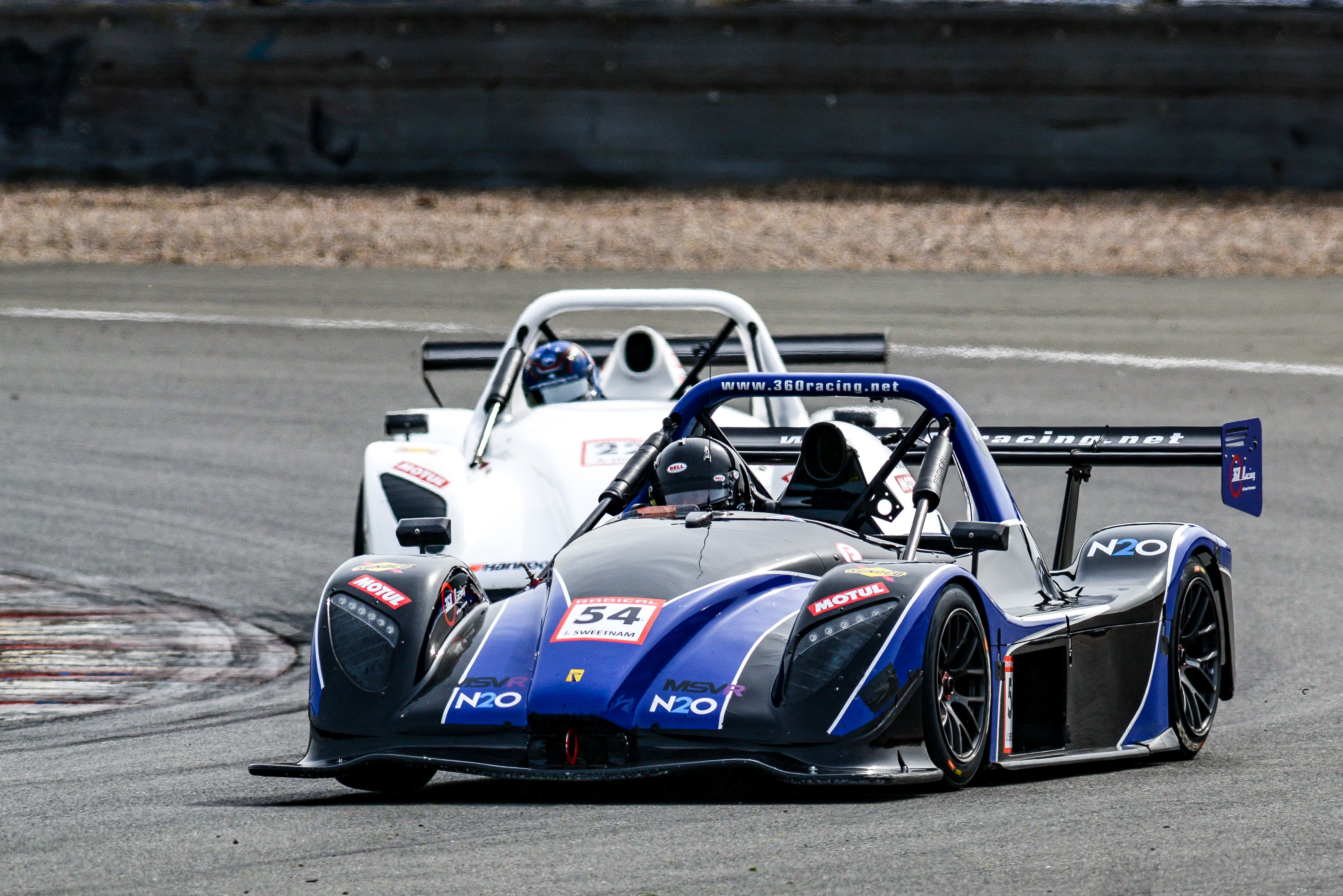 It was certainly a case of saving the best until last for Zielonka, again starting from the sixth row with Sweetnam for the final race of the weekend.

From eighth in the early laps he was chasing Goodman for seventh, they both moved up when Rishover pitted and by the end of lap 11 he had taken Goodman for sixth.

A lap later he was fifth, rejoining in the same position after the stops. But he quickly latched on to the fight for third and having demoted Tyler, he ousted Preen from third on lap 26.

The lead pair were closing up and Zielonka began to close in too and when Macleod made a slight mistake at Redgate on the last lap, Zielonka was through for a well deserved second place and only 0.194 secs from victory.

“I had got held up a bit in the battle for third, but that was the best 45 minutes of my racing life,” he enthused.

Sweetnam also made it home for another top 10 finish. He was in ninth when the pitstop window opened, which was also during the safety car intervention. “I had decided to stay out an extra lap, but it proved to be the wrong decision,” he admitted.

He had slipped to 16th place and spent the rest of the race reclaiming lost places. He was 10th on the road at the flag, but was promoted to ninth, after a raft of track limit penalties were awarded.