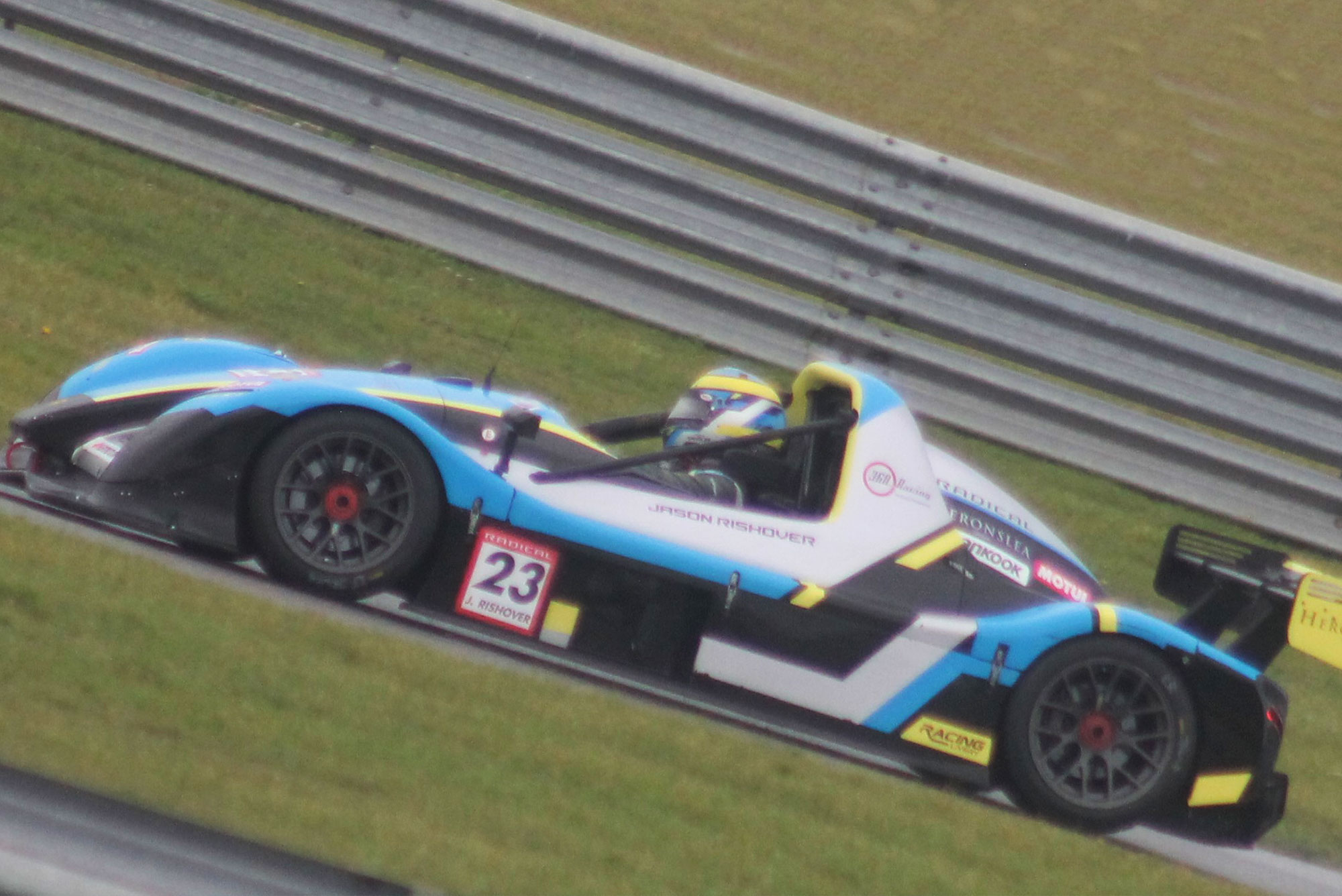 360 Racing’s Jason Rishover and Martin Verity had to tackle the inclement pre winter weather at Snetterton, as well as their Radical Challenge rivals.

Rishover came into the weekend in second place in the championship, but was disappointed to qualify seventh for the first of the weekends races. “It was very tough, very slippery and I just couldn’t get any grip to push on,” he explained.

Team mate Verity echoed his comments, after he was ninth best. “I ran wide one lap at Oggies, just no grip and it went in backwards and it brought the front end around. Just terrible, not nice at all,” he added after completing his mandatory three laps.

Although the rain had stopped for the Saturday’s 50 minute race, the track conditions remained treacherous.

Both drivers got away cleanly and Rishover was in sixth place initially, as part of a battle for fourth. But a spin at Oggies left him with a fight back from penultimate place.

He made a storming comeback  and by the end of lap five was back to sixth, taking Elliot Goodman a few laps later, before John Macleod spun and fifth became fourth at the mandatory pitstops. 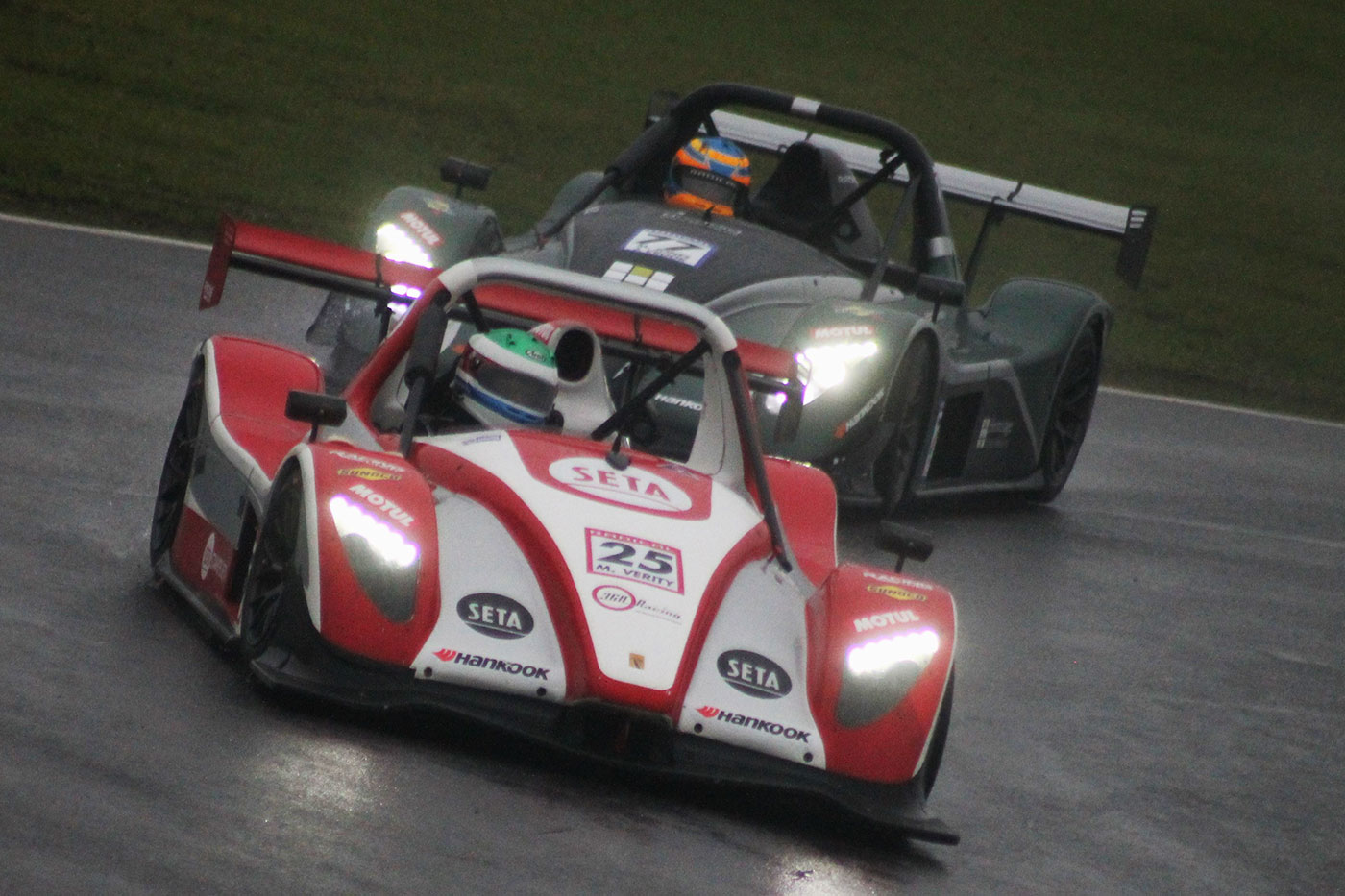 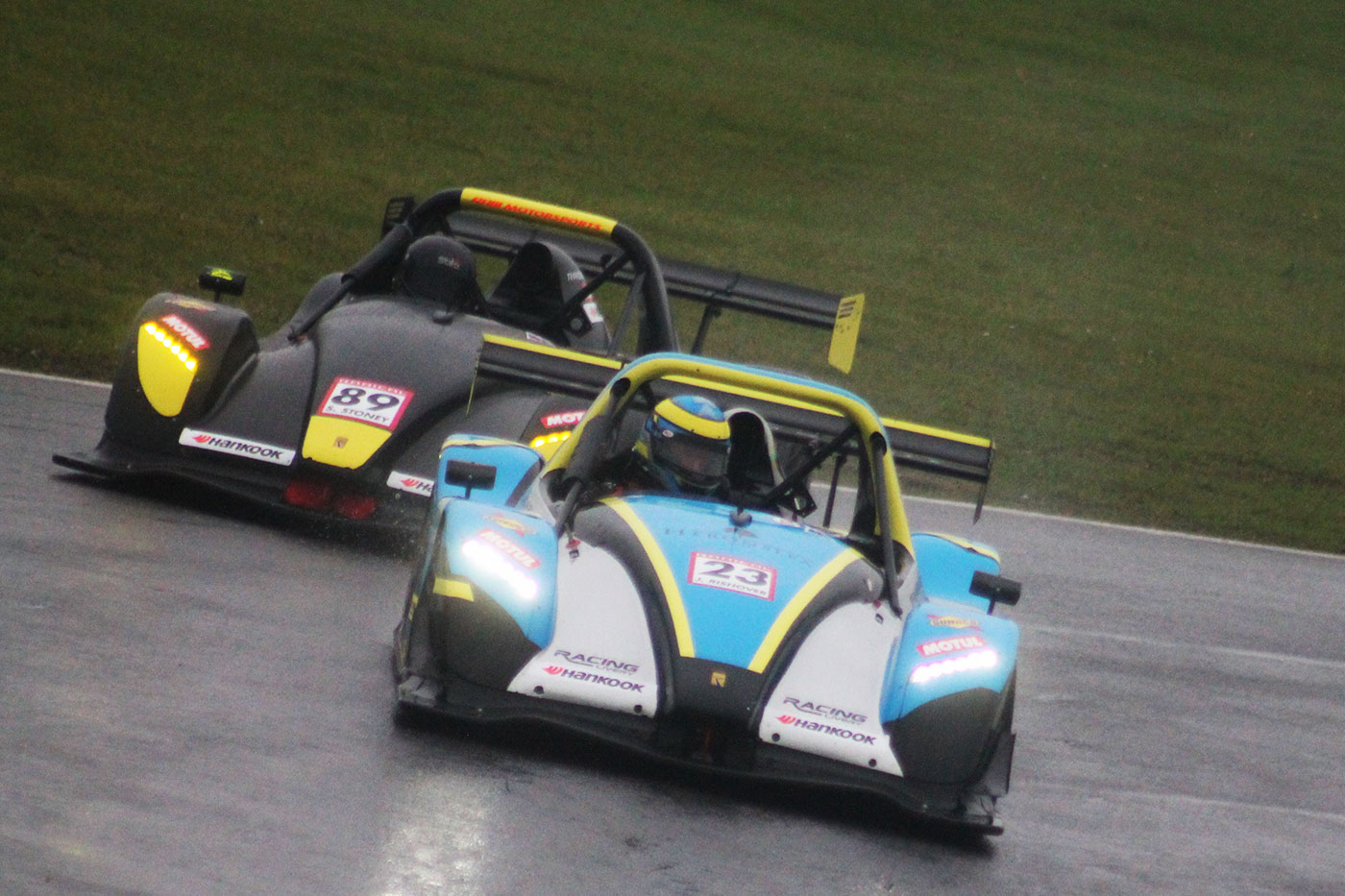 He rejoined in fourth and retained the place throughout the second half, having briefly closed on third placed Matt Jones. “I had a great started and was where I wanted to be, but there was still no grip in the corners. I could see I was catching third for a while, but just couldn’t get any more pace out of the car,” he said.

For Verity the race had ended early, “I struggled for grip and then the engine went, very frustrating,” he explained.

Rishover started seventh again for Sunday’s sprint race with Verity off the back and it was still very wet!

From the start Rishover was straight into fifth place and pressing Macleod. The pressure continued to build and he finally got through to secure fourth at Agostini Hairpin on lap five, before coming within a whisker of snatching of snatching third from Goodman on the last lap.

“I had lost time before getting passed John, but was gentlemanly and didn’t really know what position I was in. I didn’t know it was the last lap either, or I would have had a go at Elliot, “he said.

Despite all the hard work from the 360 crew, Verity suffered from clutch problems and was an early casualty again.

Starting from the second row of the grid for the final race of the weekend, Rishover’s target was a podium finish.

Having retained fourth for the opening laps, he had lost out to Tom Ashton on lap three, but made his stop from fourth again, after Ashton had problems.

Continuing in fourth, he began to make inroads on Jones for third  and when his rival pitted with an electrical problem, he was left clear in the third for the rest of the race. “They were probably the hardest conditions I have ever raced in, wind and rain. So just pleased to bring it home and with a podium,” he concluded.

Verity too had a successful final race to his season, running in s strong sixth to the flag in the second half. “I had a spin at Oggies and a better one at the end of the Bentley Straight, otherwise I might have caught Elliot for fifth,” he added.

There is little time to spare for the crew though, as the final rounds are at Brands Hatch this weekend, with Rishover being joined by Mark Richards and Peter Tyler in the 360 line-up.