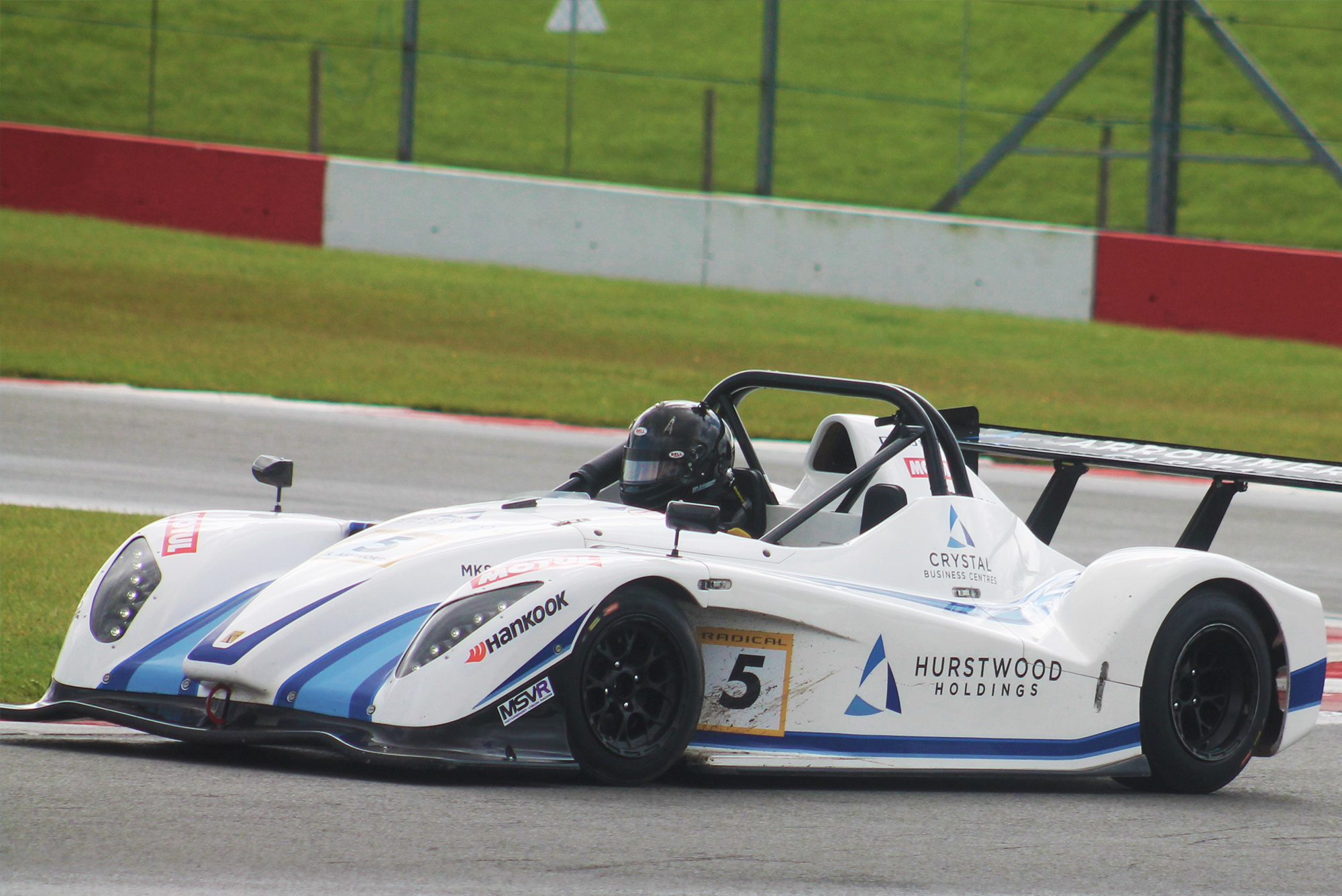 Sam Ashworth only made his car racing debut in the last round of the Radical SR1 Cup at Brands Hatch, but the 360 Racing new comer was a double winner in the rookie class at Snetterton.

Despite the wet conditions, he was still eighth quickest in the morning’s qualifying session. “It was very wet so I was just looking for survival really. I did get one good lap in but also had a spin between the Bombhole and Coram”, he admitted.

Team mate Paul Clark also made it through qualifying unscathed, despite his disliking for the weather, he was 15th.

The rain had stopped but the track was still drying when the grid formed up for the first of the days races, so it was wets all round,

Ashworth held onto his grid place during a tricky opening lap, but started to lose touch on seventh placed Julian Lay after a couple of laps.

But with second placed Will Hunt pulling off, Ashworth was a solid seventh and after six laps was starting to settle down and also beginning to close in again on Lay, who was at the rear of a train of cars for third. 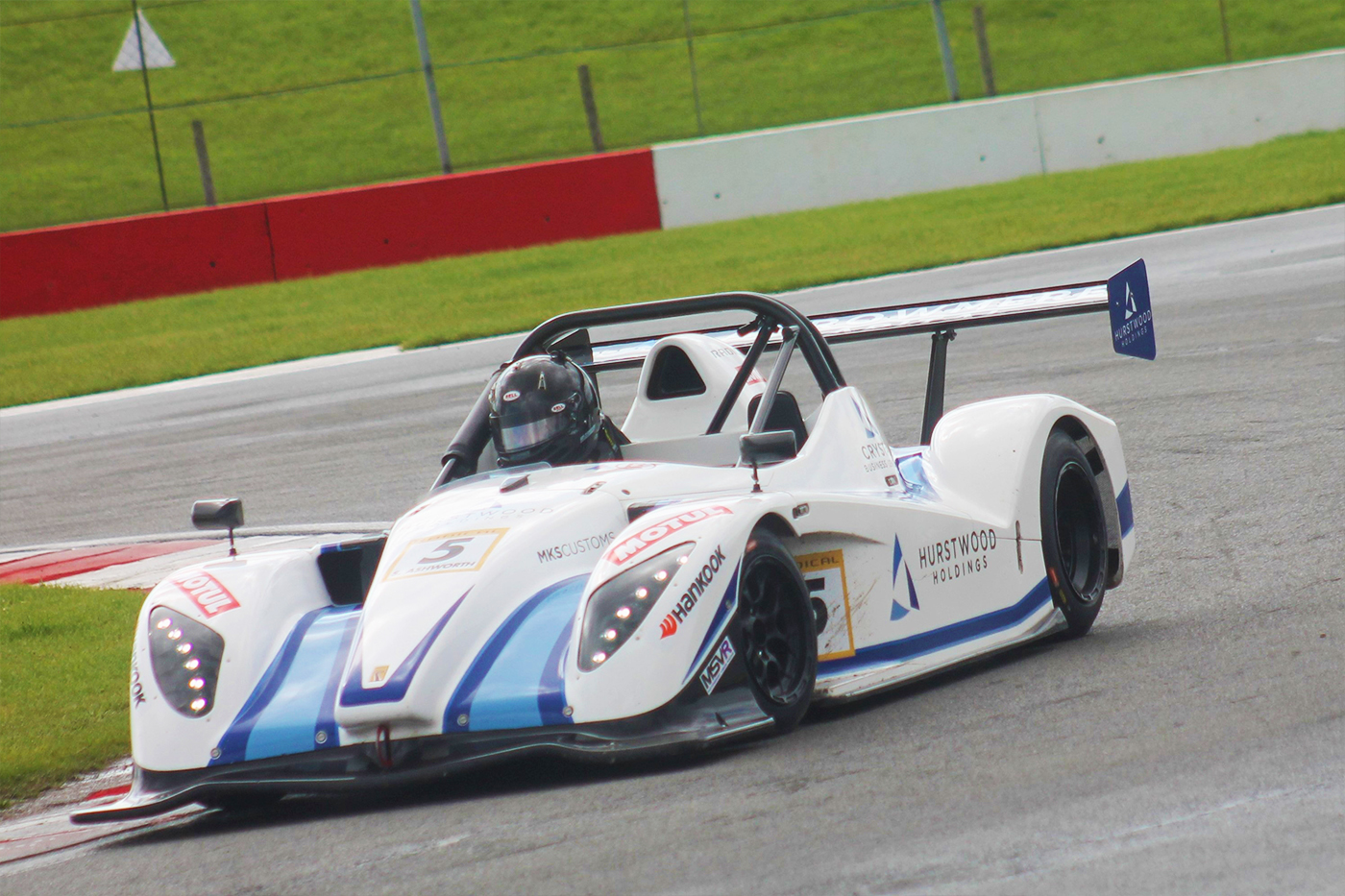 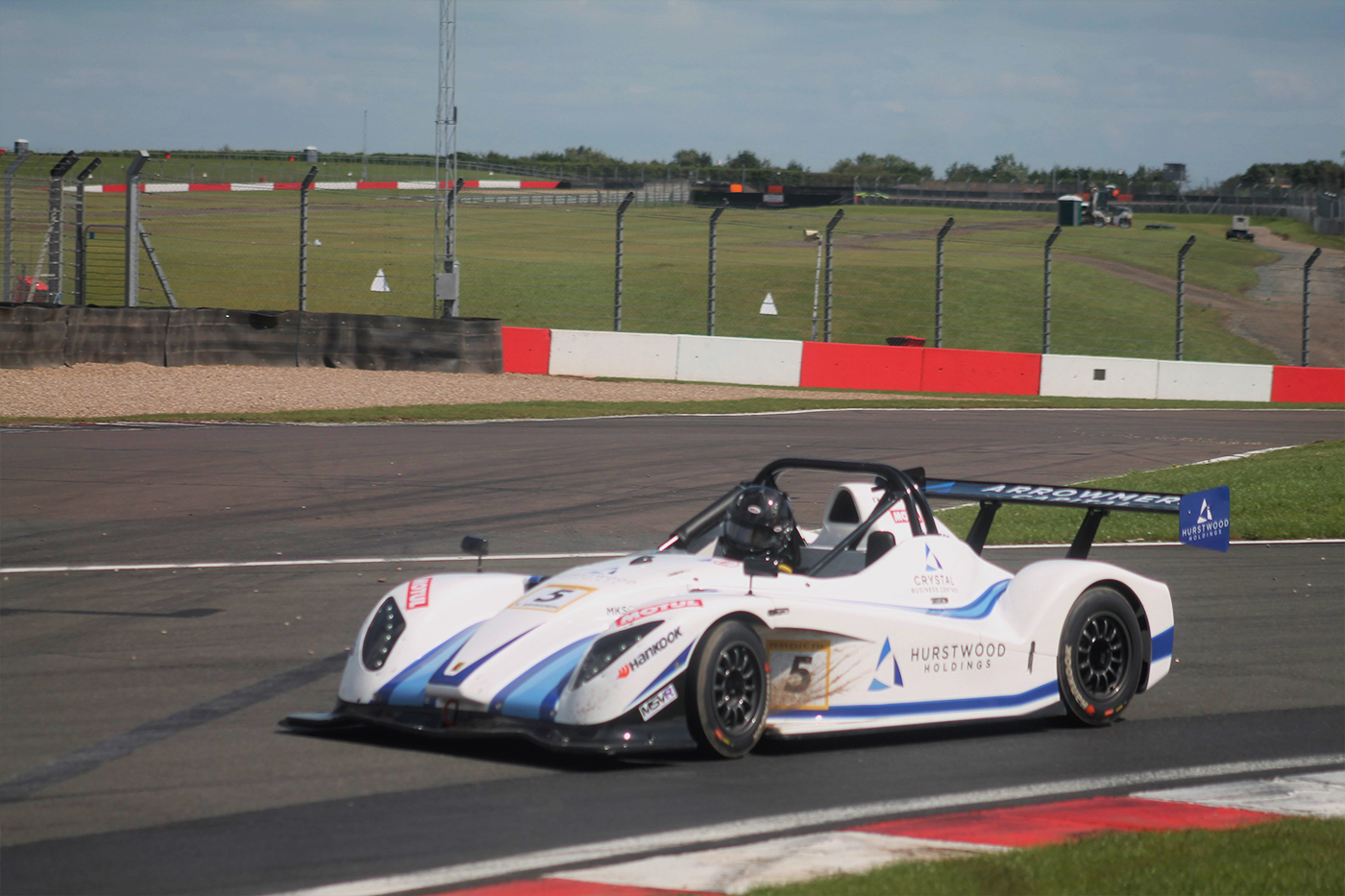 He patiently sat and watched the duel ahead but was still close enough to play a part too.

He started to lose ground again to Lay in the closing laps, as both were passed by Chris Short. He retained a solid eighth and comfortable Rookie class win, which became seventh when Short was penalised for exceeding track limits. Clark completed the finishers in 14th.

“I should have made a pass on Julian when I had the chance, but didn’t want to bin it and I was aware of the cars behind me too,” Ashworth explained.

Starting from the fifth row for the second race, Ashworth lost out on the first lap and had to chase fellow Rookie Mark Tranter for the first three laps.

Having consolidated his place and class lead again, he started to make inroads on Lay and the top 10 overall. The gap came down and down and they started the final only 0.789 secs part. “The car felt really good and I nearly got him. I was happy in the drier conditions, as I think I struggled with my pace in the wet, I definitely learned a lot, but wasn’t quite confident enough to have a go at the end,” Ashworth concluded after sealing his second class win from 11th overall, but only 0.128 secs off the top 10..

Clark was also happier in the dry again, as he came home in 14th place again.