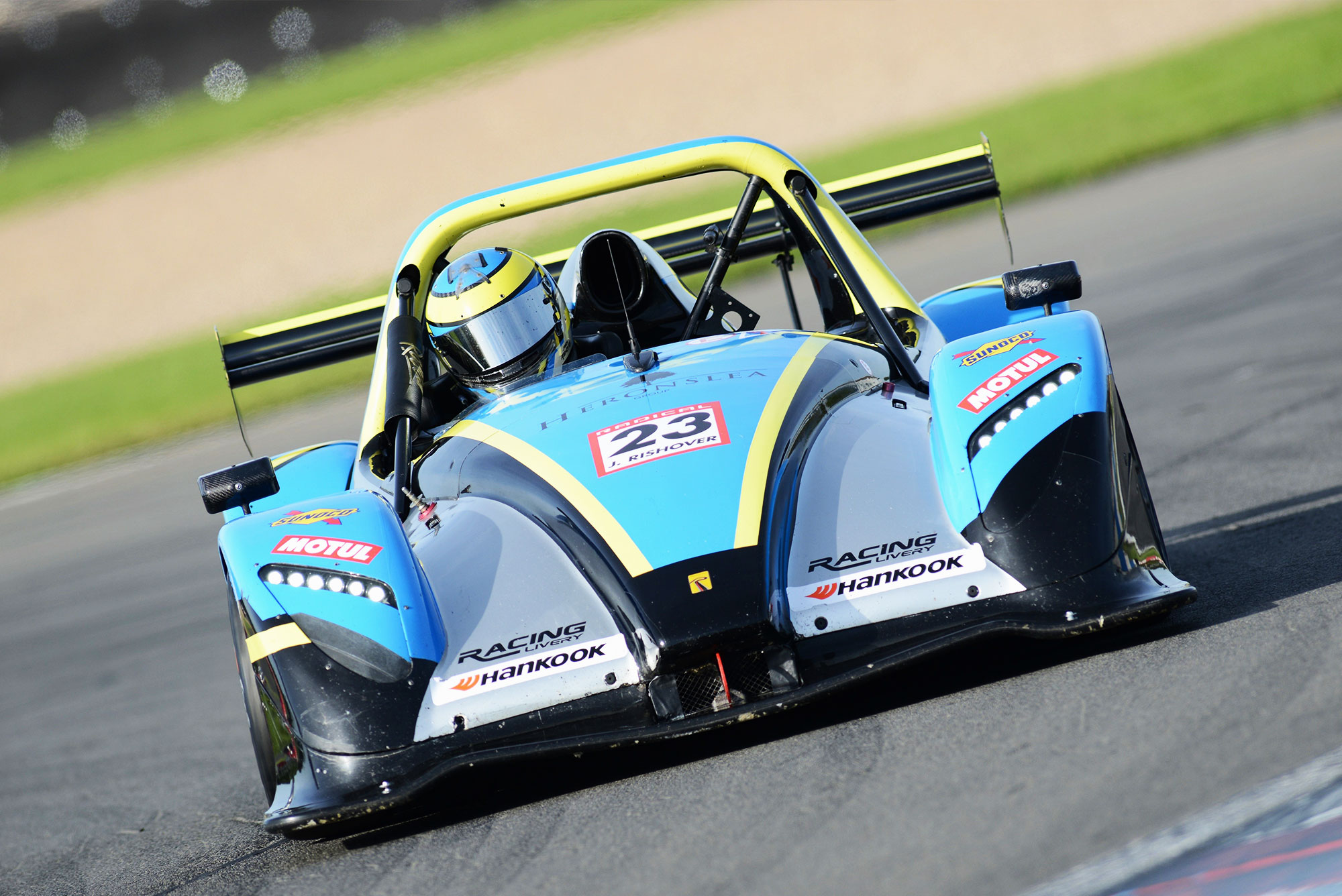 360 Racing’s Jason Rishover had probably his best weekends racing ever, with two podium finishes in the Radical Challenge at Donington Park.

The Silverstone based team had three SR3 RSX’s on the grid with Martin Verity and Peter Tyler joining Rishover.

In qualifying for the first race Rishover was third and only 0.046 secs off second man Shane Stoney. “I got held up on my best lap, or could have been second,” he said.

Tyler was ninth quickest, “I had some new set-up and it seemed to work well. The car really handled well,” he said, while Verity was a couple of rows further back in 12th.

A first corner incident brought the safety car out straight way in the first race, with Rishover holding station in third, while Tyler was already sixth and Verity 11th.

After four laps the green flag was waved and Rishover joined an immediate split with Marcus Clutton and Stoney.

He consolidated his hold on third, but couldn’t make a further impression on the lead pair, making his stop on lap 14 from third still. “I had a battery problem and lost some power, then it just cleared,” he explained.

Tyler lost a place in the pits, rejoining seventh, but spent the rest of the race in a terrific duel with team mate Verity.

Rishover had gained a place during his stop and came out a strong second. Chris Short had started to close, “I knew he was coming but I was told on the radio that he had a stop go penalty, so I eased my pace to conserve tyres and manage the gap to bring it home safe in second,” he explained.

“We had a right old ding dong, I defended everywhere to stop him getting me, but struggled a bit of the Esses,” Tyler added, after he successfully held off Verity’s challenge for seventh.

Verity was later given a post-race penalty of 30 seconds, dropping him to 11th. 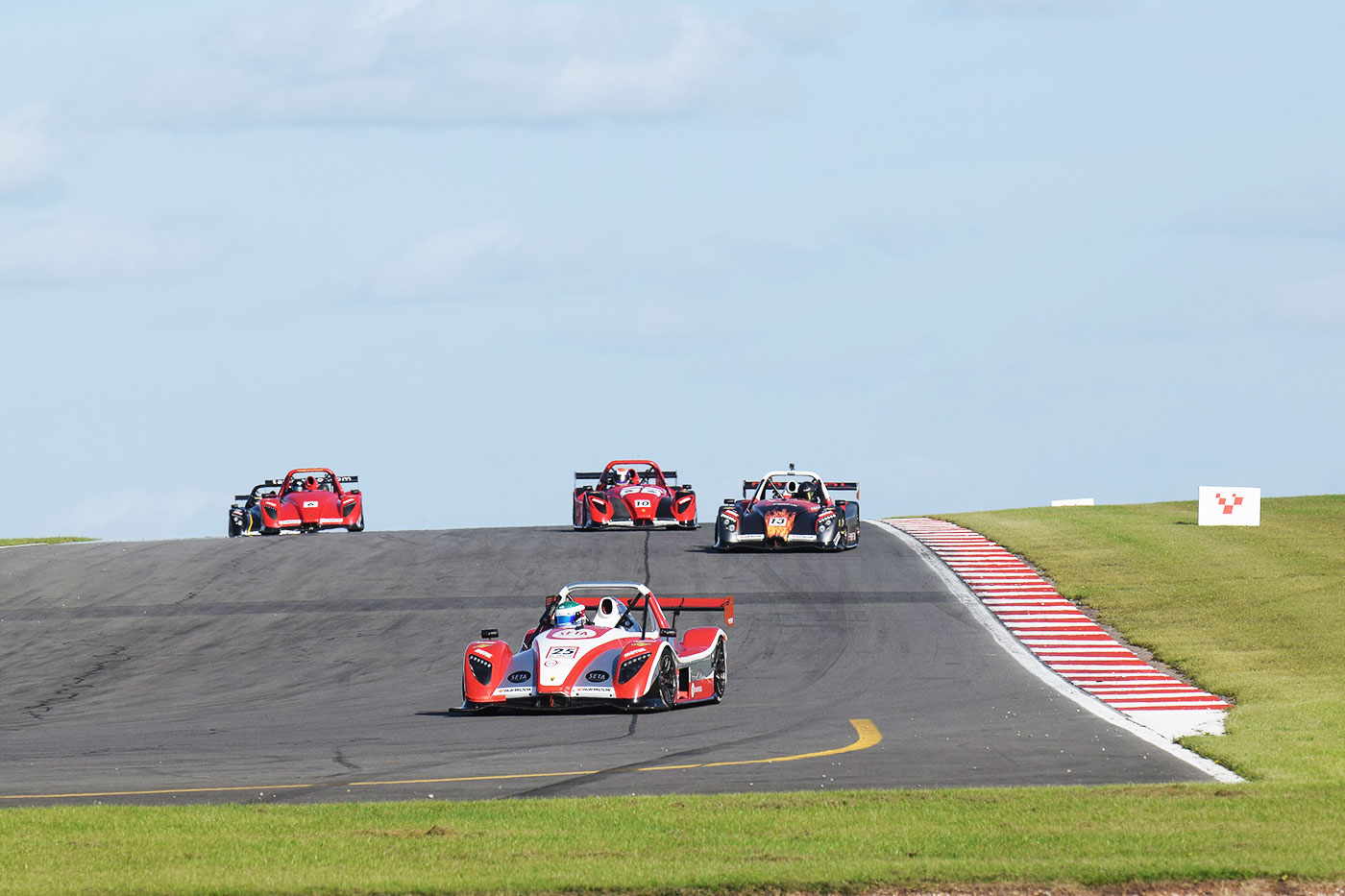 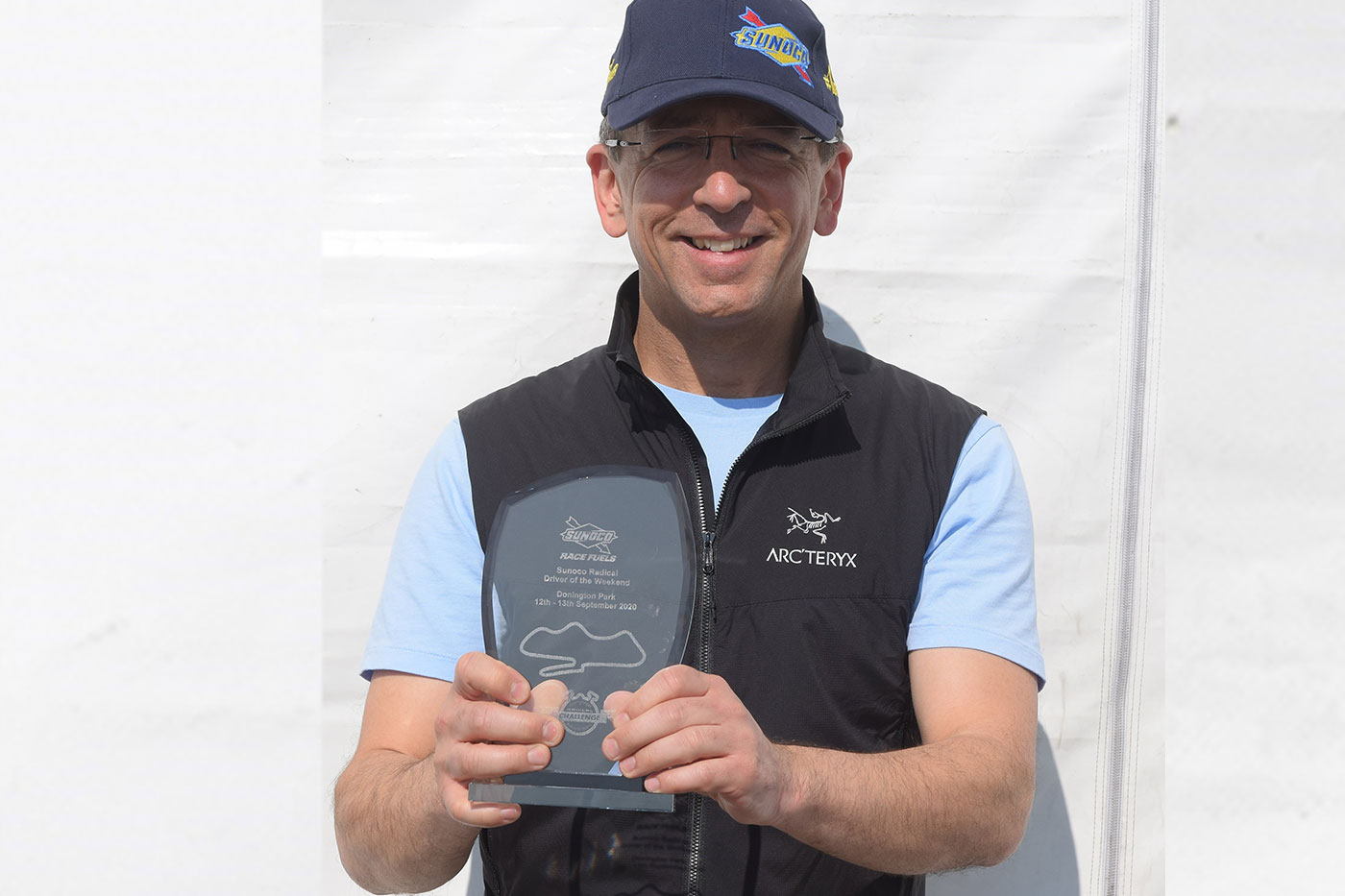 Rishover should have started the second sprint race from the front row, but more battery problems left him in the pitlane. “I was so excited, then had to start from the pitlane on cold tyres,” he explained.

Starting last he made four places on the opening lap, before contact with John Caudwell. His hopes of further progress were dashed when the last four laps were under the safety the car, leaving him in 13th.

Tyler and Verity continued where they left off in the first race. “It was the other way around though and I just couldn’t get passed him, “said Tyler as they held a racelong ninth and 10th throughout.

Despite starting in 13th for the last race of the weekend, Rishover made seven places on the opening lap before challenging Verity for fifth.

But on lap three he was back in 15th, “I lost aero going through Schwantz Curve and then spun at McLeans,” he said.

Verity continued to progress and was up to second before his stop, but after his stop Rishover charged up the leaderboard and was back challenging Verity again by lap 16.

Three laps later he continued through the order with Clutton and Short and took the flag for his second podium of the weekend in third. “The three of us were so much quicker, I just stuck with it and followed them through. My set-up was awesome, my best weekend racing ever and a great team to be with,” Rishover concluded.

Verity claimed fourth with three laps to go, earning himself the driver of the day award, but Tyler retired after 16 laps, having run in the top five, when a grassy moment at McLeans filled the radiator with grass and he overheated.