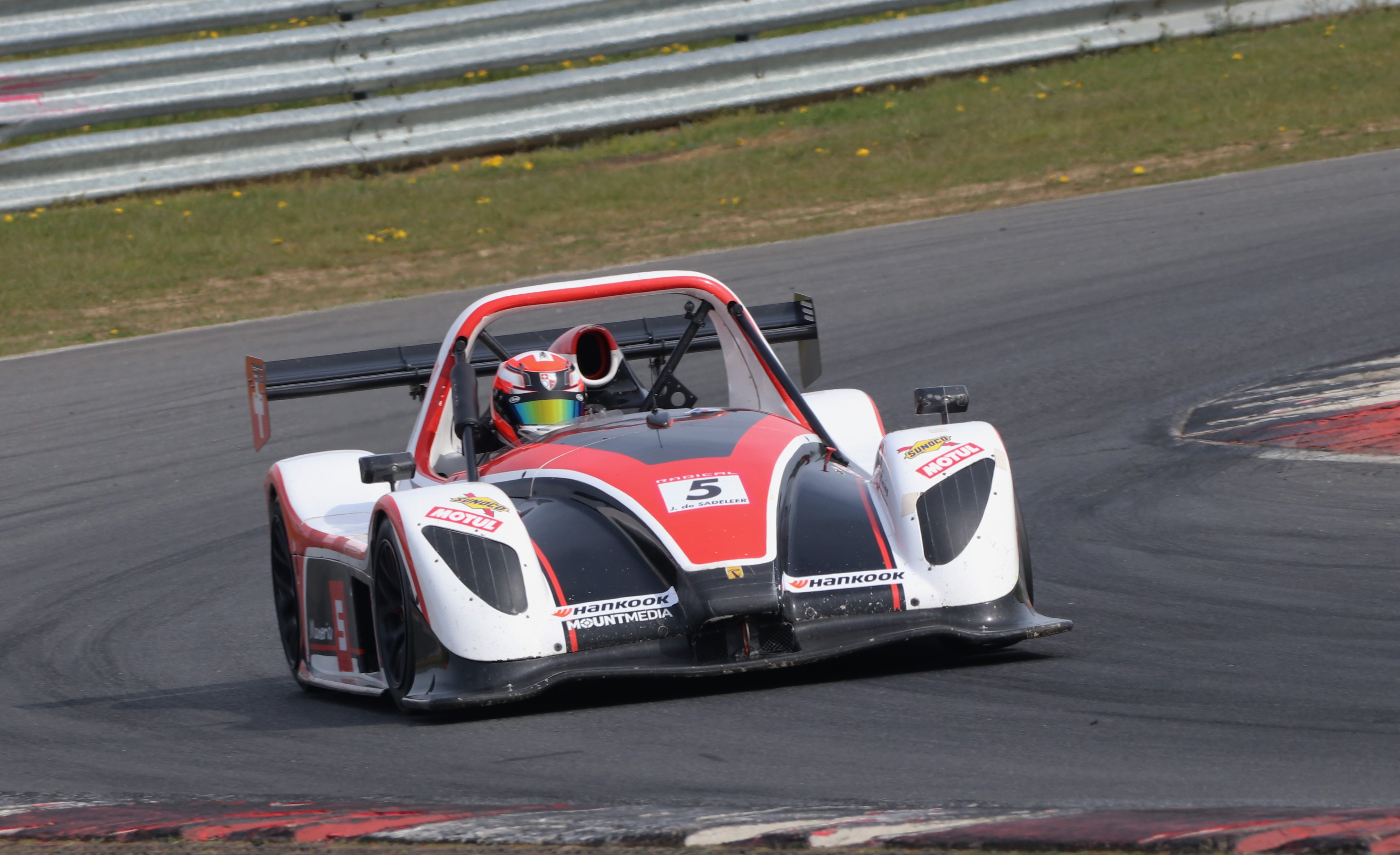 TWO OUT OF THREE AS DE SADELEER MAKES SEASONAL DEBUT

Jerome De Sadeleer made a strong start to the Radical Challenge at Snetterton, with two wins out of three in his 360 Racing run Radical SR3 RSX.

He just missed out on pole position for the sprint races after the morning qualifying sessions, just 0.320 secs down. “My clutch was slipping for the whole session, so I was restricted at every gear change and then felt it go at the end,” he said.

From lights out he quickly settled into a challenging second when the first race got underway, just missing out to poleman Matt Bell into Riches.

They had already pulled well clear of the rest, when the race was red flagged with a car off at Riches.

It wasn’t the best of restarts however, as Bell got away, De Sadeleer found himself on the grass. “Clark’s RXC Spyder moved over on me at the start, I couldn’t stop and was off onto the grass, restarting well down,” he explained.

His phenomenal charge from seventh at the end of lap one, then passing John Macleod and Jason Rishover on lap two, before finally settling for fourth on the last lap.

It was much better start to the second race, from second to Bell at the first corner, he had the lead as they exited they Wilson Hairpin on the opening lap, and never looked back.

Although the initial gap stayed fairly dormant, it was in the closing stages that De Sadeleer upped his pace, taking victory by Bell by 13.4 secs.

“It was a good clean start, but once I was ahead I just had to manage the gap and push when I needed too,” he said.

Starting from second on the grid to Bell again in the final 45 minute Enduro, both Bell and De Sadeleer lost out to Clark at the start.

The straightline speed of the RX Spyder made it hard for either Bell or De Sadeleer to challenge, even though they were much quicker in the corners. 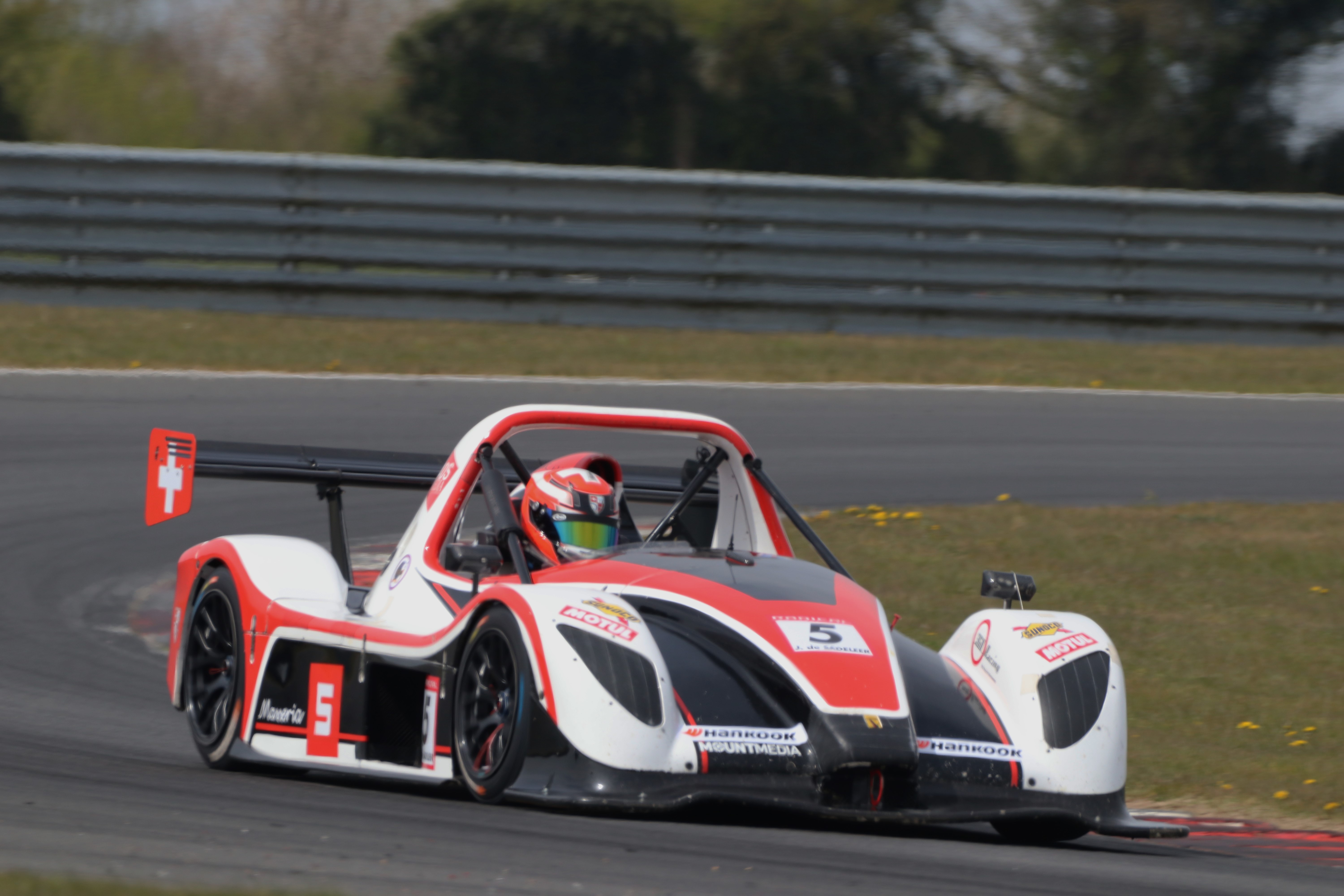 “I was watching every move Matt made, but we had to be careful,” said De Sadeleer.

On the sixth lap Bell had tried to force the issue and had contact with Clark at Murrays, before running wide onto the grass. De Sadeleer’s close proximity meant he had to take avoiding action too.

“I was on the brakes trying to avoid them, I had to be patient,” he explained.

With Clark pulling off a lap later, De Sadeleer’s patience was finally rewarded and he was the clear leader.

After pitting 14 laps in, he rejoined with a comfortable lead intact, heading home Bell for a second win of the weekend for the 360 driver, with 12.8 seconds in hand.

The next round of the Championship is at Brands Hatch on May 8/9th, when hopefully De Sadeleer will be joined on the grid by team mate Mark Richards too.