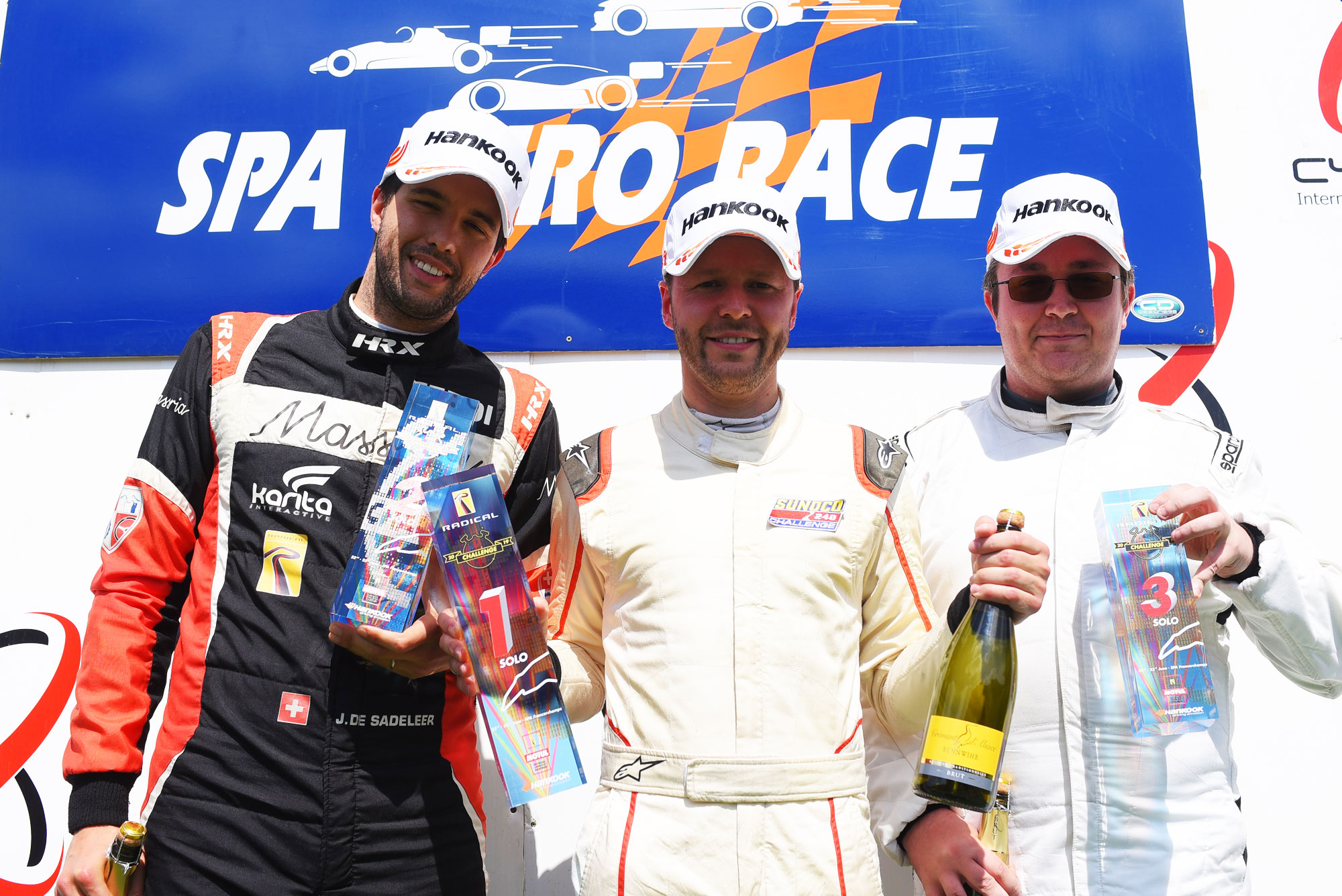 Jerome De Sadeleer’s chase for the Radical Challenge title was dealt a severe blow at Spa Francorchamps, when his 360 Racing Radical SR3 RSX was a non finishers in two of the three races.

The weekend started so well with De Sadeleer topping the times in both qualifying session. “Delighted is an understatement,” he said.

He led from the opening lap, but couldn’t shake-off the attentions of defending Champion Dominik Jackson, as both made a decisive break early on.

After four laps Jackson managed to snatch the lead, but they continued to run in close formation, until lap eight, when De Sadeleer succumbed to a damaged rear upright and limped back to the pits where he retired.

Team mate Jason Rishover had also qualified well, but had contact on the opening lap. “We went well in free practice and qualifying, so had built up ready for the race. But I had contact from Jac Constable which spun me at the top of the Kemmel Straight, when I was lying fourth. I got some rear damage but carried on, until I had contact with my new team mate at the Bus Stop,” he explained after retiring from 14th.

It was a successful seasonal debut for Martin Verity though, as he climbed through the order to make his stop in 10th place. An equally strong second half brought him up to eighth by the end of lap 15. Fellow returnee John Harrison was less fortunate, pitting to retire after a touch with Rishover. “I just kept going and it all went well. I was consistent and it was a really good race,” said Verity. 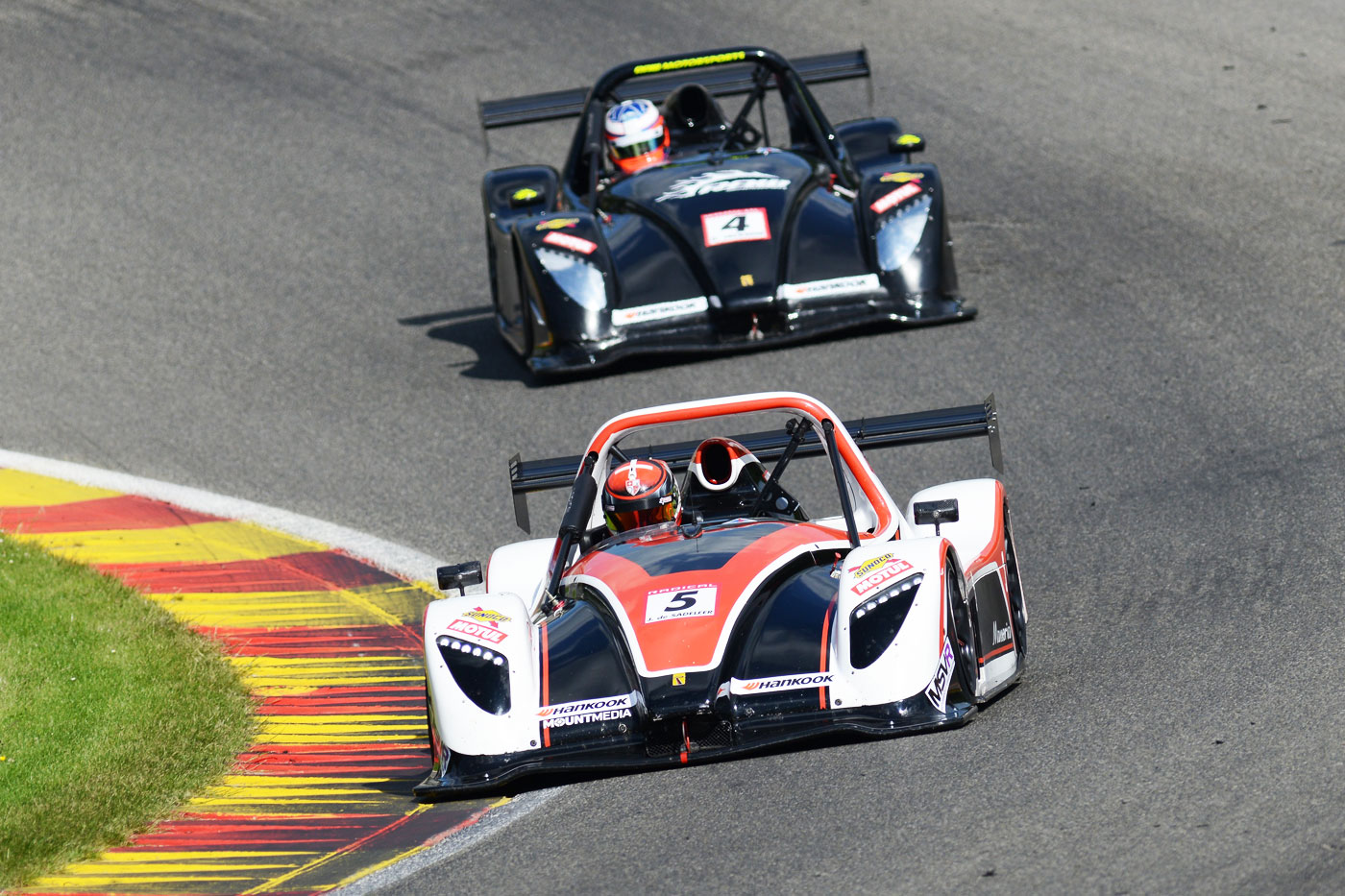 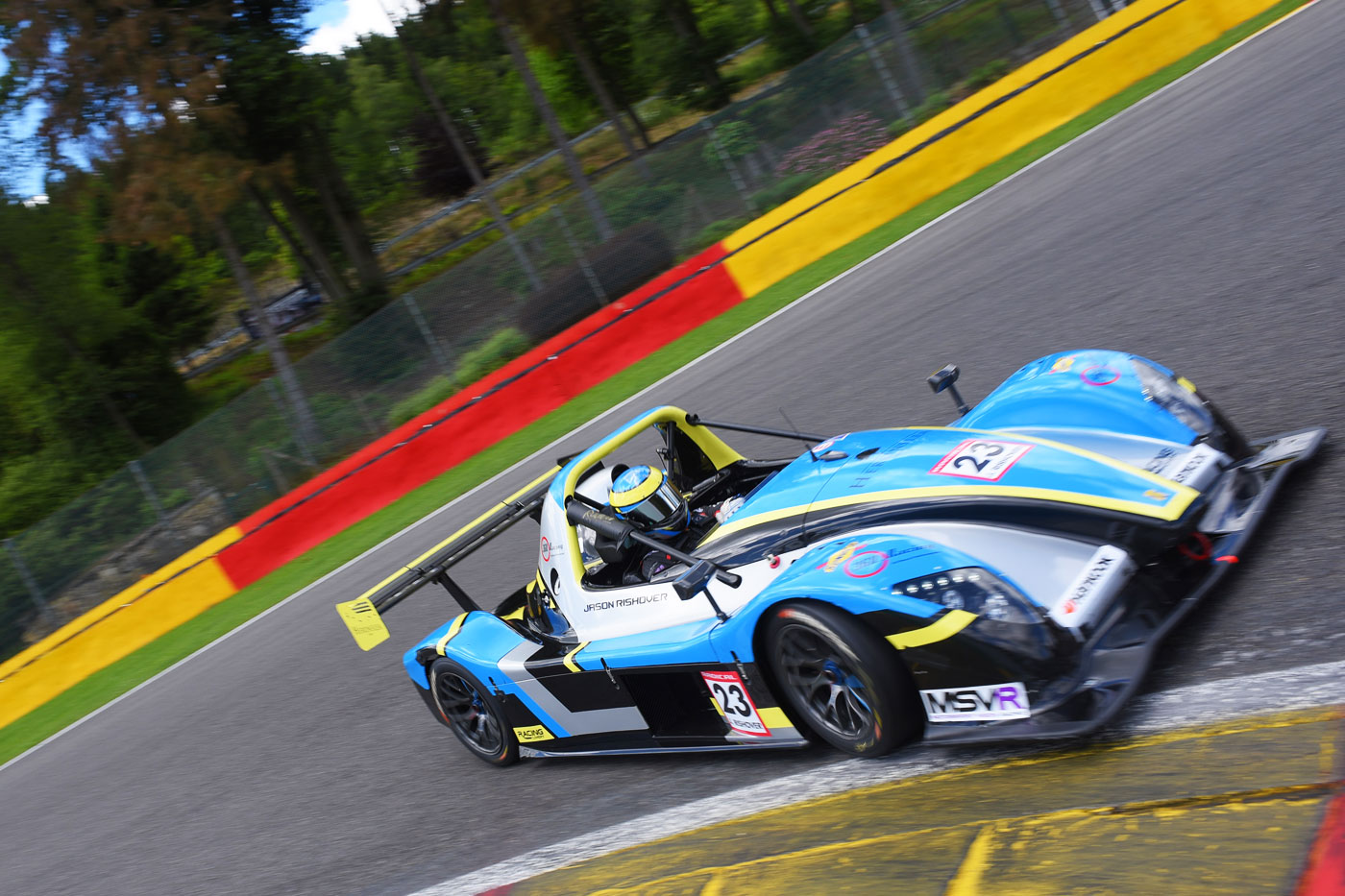 In race two a grid penalty left De Sadeleer starting in 11th. Having quickly carved his way through to fourth on the opening la, he had to battle passed Brian Caudwell and Jac Constable, before looking to pursue Jackson for the lead.

But being the shorter sprint race time was not on his side, he built a 2 second cushion over third place, but was still 3.8 secs down on Jackson at the flag in a hard fought second.

Rishover had been given a 10 place penalty too but was still in 10th by the end of the opening lap and looking hungry to progress further. “Then the floor came down and I had no aero and could hardly steer it,” he said after being forced to pit and retire after three laps.

Harrison and Verity both ran strongly too. After settling in a midrace 11th, Harrison started to pick of a place per lap for the remaining distance to take a well-deserved seventh at the flag.

Verity had virtually followed Harrison through, but just missed out on another top 10, holding 11th over the last three laps. “I had a hole in the diffuser and was just too slow,” he reckoned.

With Jackson on pole for the final race, De Sadeleer still managed to gain the early advantage, so hopes were high for a win.

He had built a lead of over eight seconds when he pitted on lap 10, rejoining in 13th. His rapid progress saw him carve through the order again and was into seventh on lap 17 after taking John Caudwell.  But there was contact with John Macrae and another retirement beckoned for the aspiring champion, with damage to a rear upright, “Definitely a weekend to forget,” he concluded.

Rishover’s luck finally turned in his favour however, with a charging drive from 15th on the opening lap, to oust Caudwell for seventh on the last lap. “I just got my head down, concentrated and raced. My car is great, the team are great and now I have the pace too,” he concluded.

Harrison struggled home in 14th place and Verity was a retirement after early contact. “I made a magnificent start, then got hit by Brian Caudwell at Rivage and the race was over,” Verity concluded.