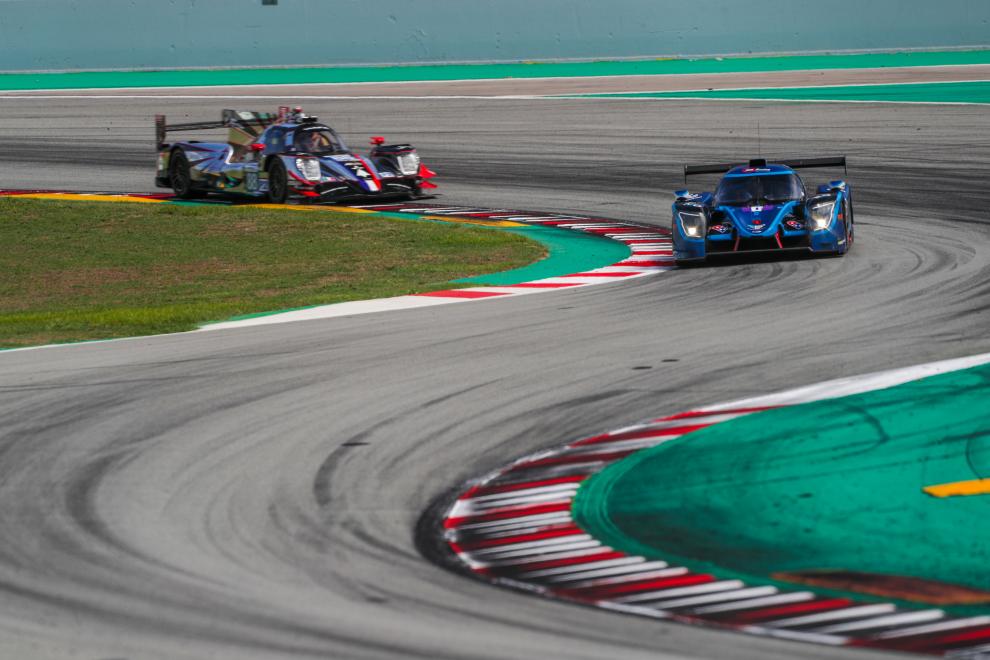 The 360 Racing trio of Mark Richards, Terrence Woodward and Ross Kaiser,just missed out on a podium finish in the European Le Mans Series at Catalunya.

Practice had gone well for all three drivers, before Kaiser took their Ligier JSP3 over for the short sharp qualifying session.

He was seventh quickest, 1.309 secs of the LMP3 pole position.

Richards took the opening stint in the race and was chasing Van Rompuy in the DKR Duqueine, moving into sixth on lap nine.

“I kept it out of the incidents on the first lap, but lost places in doing so. Then I think I may have pressurised Van Rompuy into a spin when I retook him,” he said.

He continued to consolidate his place, attempting to hunt down former 360 driver Euro International’s Jerome De Sadeleer and Inter Europol’s Abramczyk, before making his stop after 32 laps, handing to Kaiser almost exactly on the completion of the first hour.

“Jerome had got the Europol car ahead and then I got by, but Abramczyk had a massive lock-up, so I dived out of the way and was rear ended by Freddie Hunt in the Eurointernational car,” Richards added.

He continued his progress into third nine laps later, again pitting just before the completion of the second hour.

For the next 20 laps Woodward held onto second, until DKR got by again with Alvarez at the wheel after 84 laps. “We knew we had good pace and a decent shot at a podium after qualifying. But we lost out at our stops,” he said.

“When Mark came in, he overshot, so the crew pushed him back, but when I came in, I overshot too but maybe a metre. I thought I switched off, but hadn’t,so there was a delay in what should have been our quick stop.” he added.

They were still a safe third with a five second cushion over Eurointernational, before Woodward pitted to hand to Kaiser again for the final stint, but the valuable time was lost.

Initially he managed to stay in third, but Cool Racing’s Jakobsen closed in and got by on lap 104. Loveras was edging closer too for Eurointernational too, but at the flag Kaiser still had 1.9 seconds in hand, securing fourth in therace and holding fourth in the Championship too for both the team and the drivers.

Tyre degradation had been high and it was extremely humid. “It was cooler than in Monza, but the humidity was high,” said Richards. “It was most intense experience behind the wheel I think I have ever had, brutal,” Woodward added.

With just two rounds left in this years Championship, at Spa Francorchamps on September 24/25 and Portimao October 15/16, the 360 crew are still hoping third in the Championship.