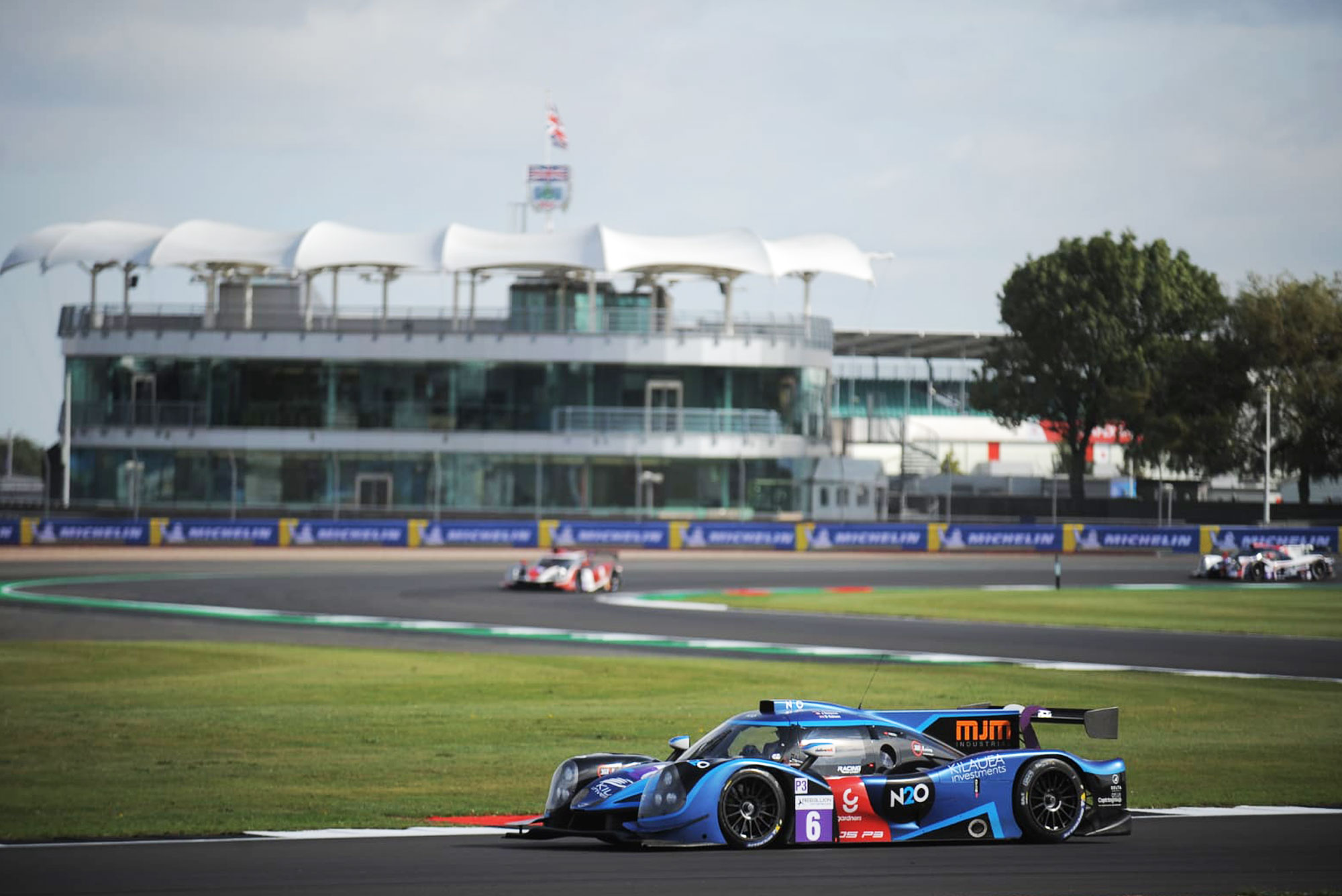 SEASON'S BEST FOR 360 ON HOME SOIL

Both of the 360 Racing Ligier JSP3s came away from the Silverstone European Le Mans Series round with the season’s best result, so it was celebrations all round.

With the first free practice session of the weekend cut short after another team’s accident, both crews were still seeking the ultimate setup for the race during free practice 2. “We managed to get out and scrub some tyres in for the race towards the end though,” said Kaiser. “I think we did enough to get the setup right for qualifying, but Ross will be doing his best for pole position as it’s our home race,” Woodward added.

Kaiser managed to get out onto the track first in the 10 minute qualifying session. “The team did a good job to get me out there first, and I had hoped to be on pole. On my quickest lap there was nothing left in the tyres in the final sector. I thought I could maybe go again, but it proved to be the end of the session. We had changed the setup a bit but will revert back again for the race,” he said after qualifying fifth.

Laskaratos had qualified the second car, as their pro driver James Winslow hadn’t been to Silverstone for four years and only had a couple of free practice laps under his belt prior to qualifying.

“I didn’t feel any pressure, it’s in my DNA. It wasn’t an easy job though and I felt the car is still coming together to find the right setup. I’m happy with my time though,” said Laskaratos.

Rain was anticipated, though, as the 14-car class lined up on the grid for the four hour enduro, with Kaiser and Laskaratos taking the opening stints from fifth and 13th.

Both cars managed to get through a scrappy start, with Kaiser improving to fourth and attacking David Droux’s Realteam Norma for third, before sneaking ahead at the Hairpin on lap three.

But only four laps into the race the rain began to fall, prompting most of the crews to head for the pits and wet tyres.

Kaiser pitted from second place, but Laskaratos elected to stay out on slicks and suddenly found himself in fourth place. “I would have stayed on slicks, but the rain got heavier and then I was called in for wets,” Kaiser explained.

15 minutes into the race and it was still raining, with Laskaratos in fifth and Kaiser sixth. But the wet tyres began to play their part and Kaiser was back to fourth with Lahaye’s Ultimate Norma in sights for third.

Both Lahaye and Kaiser continued to progress into second and third, but the rain had stopped and the track was drying. Kaiser had started to close in on class leader Mikkel Jensen’s Eurointernational Ligier, before the gap opened again as his rivals slicks came into play. 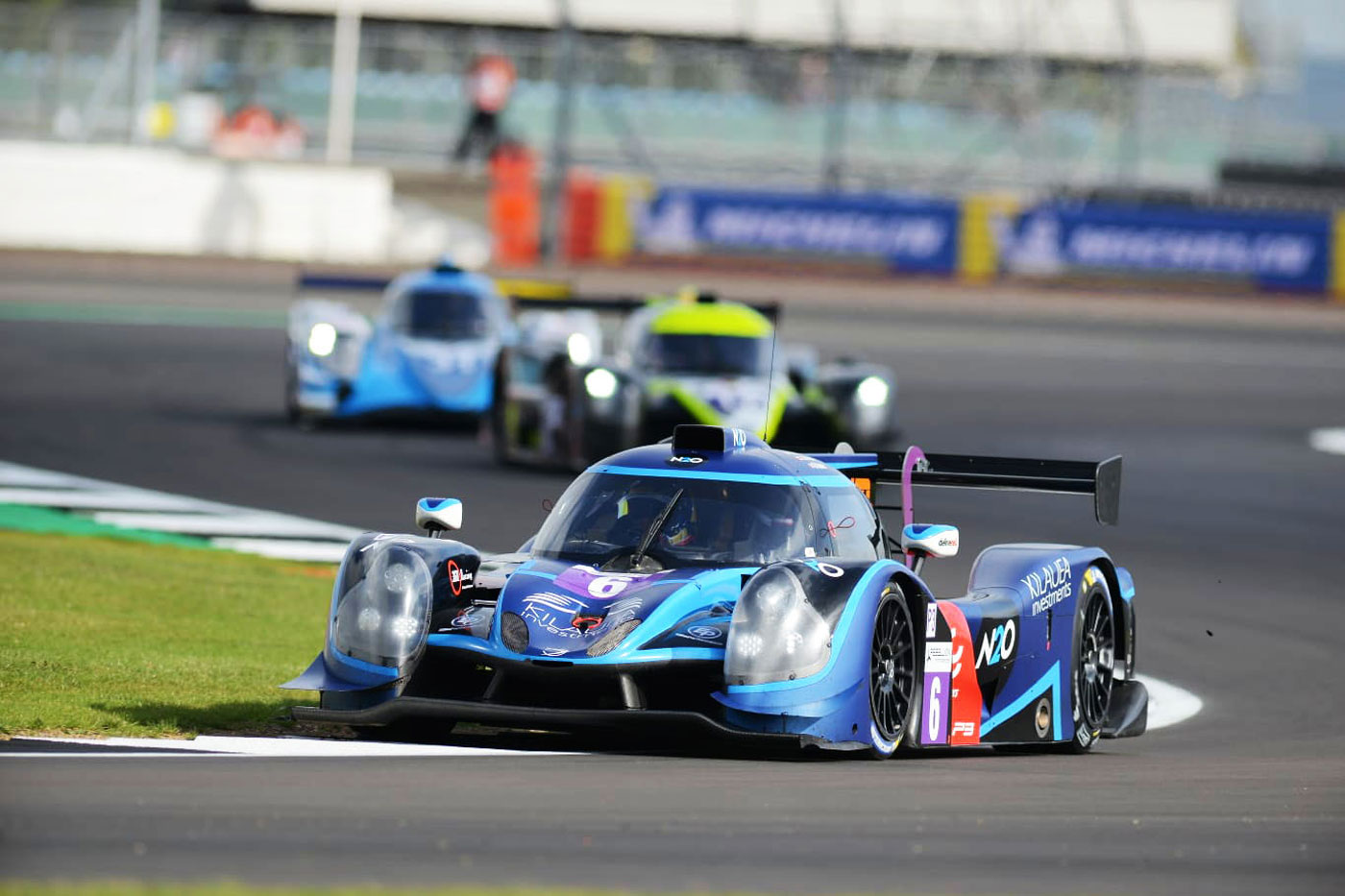 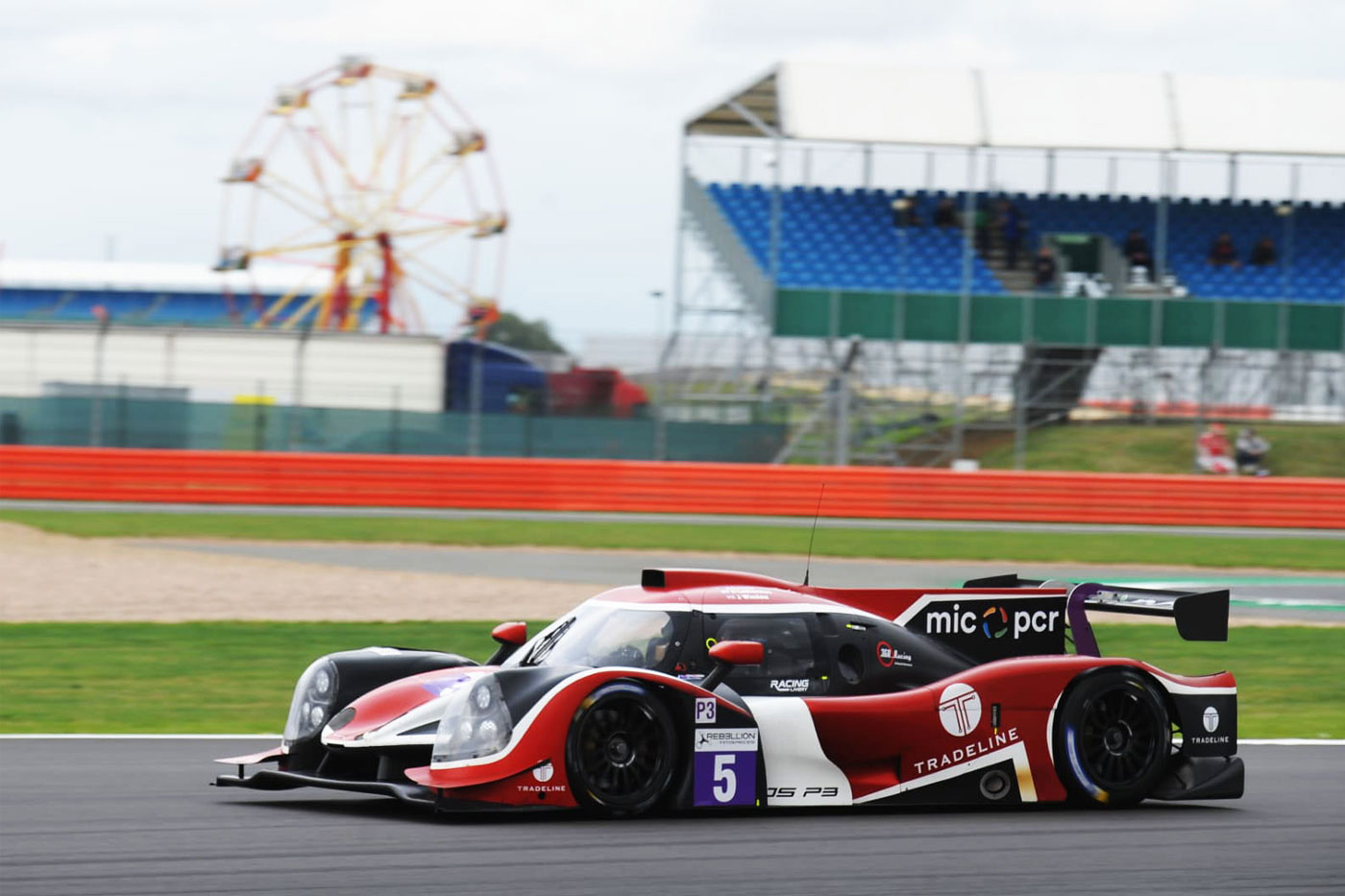 Both Kaiser and Laskaratos made their first stops under a full course yellow; Kaiser changing to slicks and handing over to Woodward, while Laskaratos stayed in.

One hour in and Woodward was 11th after a spin at Luffield, and Laskaratos was seventh. “I got a bit sideways out of Brooklands and felt the rear go, after that it felt a bit loose,” said Woodward.

With a dry track and stops gathering momentum, Laskaratos handed over to Corbett. “A very interesting stint. I had to make a strong call to stay on slicks as it got wetter than I expected. I had plenty of moments and had to re-find the lines at every corner,” he explained.

With both cars making steady progress, Woodward had climbed to seventh and Corbett 13th but Woodward had started to threaten for sixth until an errant P2 car intervened, and he lost a place. “There were still some damp patches and it took me a while to get up to pace, but two LMP2 cars put me on the marbles at Abbey and sent me wide,” he explained. He pitted just before the halfway mark, handing to James Dayson.

With half the race completed, Corbett was seventh and Dayson was holding eighth, but lengthy periods of safety car followed after two separate incidents.

With an hour to go Winslow had taken the final stint from Corbett, while Kaiser was back in after Dayson pitted. “A great stint, I was pleased with that,” said Corbett. “We had lost a lap during stops and the safety car wrecked our strategy,” Dayson added.

Kaiser continued to push hard and had climbed back to sixth with 40 minutes left on the clock, while Winslow was eighth. Both had made their final stops for fuel and it was a sprint to the finish.

Both cars were on the same lap as fifth place Yamanaka’s Ligier, and began to close in. Kaiser was through on the 95th lap for fifth, but was 1 minute 12 seconds down on Wells’ Norma if he hoped for further progress.

Winslow passed Yamanaka too and it began to look like a fifth and sixth place finish for the two cars. “The first 20 minutes of the last stint were difficult, but the car felt better and better and I began to push to catch Tony Wells. But then the fuel light came on so I backed off,” Kaiser explained.

Wells had a clash with an LMP2 car at Becketts and spun, which handed Kaiser a late fourth, with Winslow retaining a solid sixth. “I wasn’t going to drive today, but took the final stint. The screen was damaged though and hard to see with low sun,” Winslow explained.

A dramatic race but a pleasing result for all concerned, with both cars in the top six and only a stone’s through from the team’s Silverstone base.