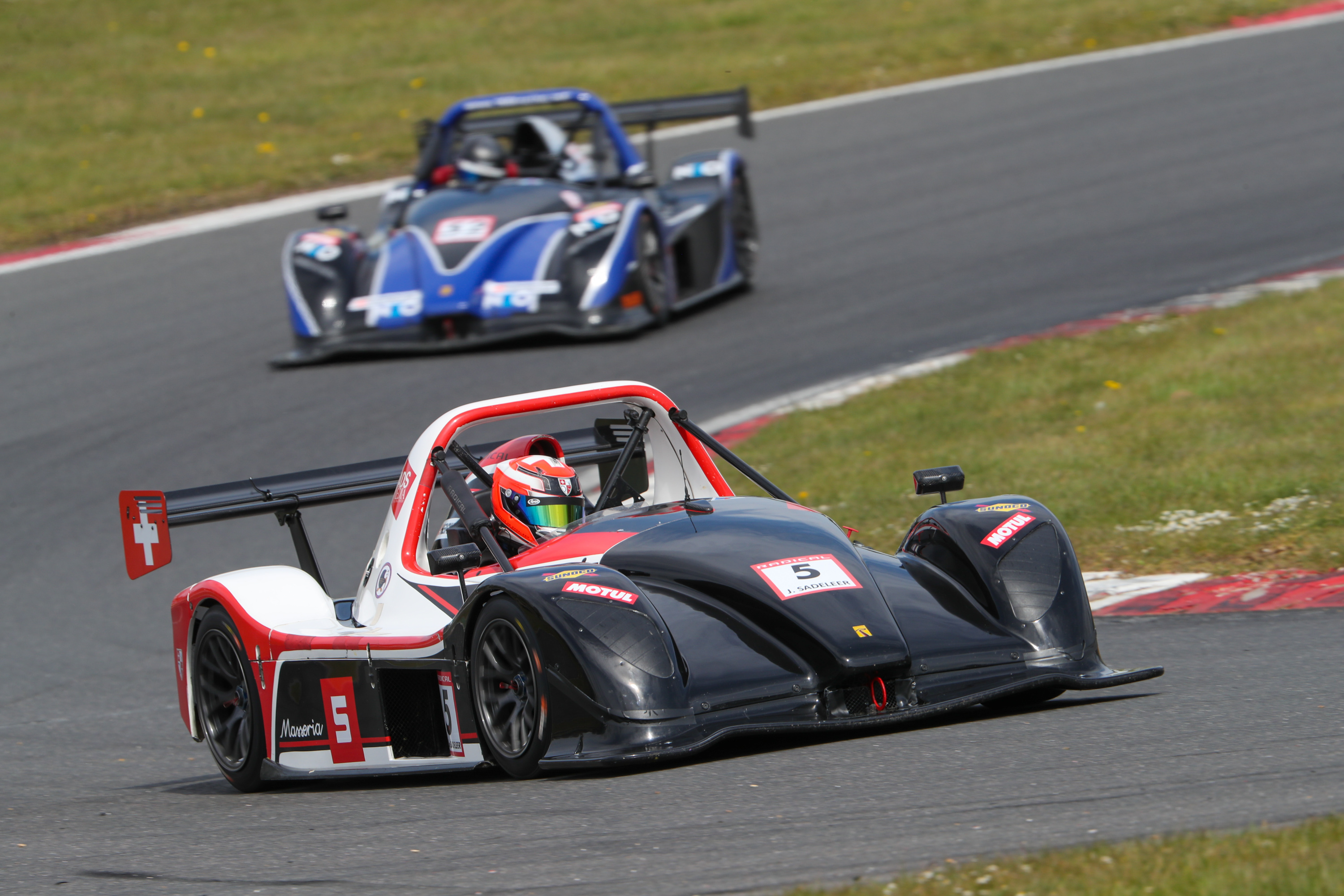 RICHARDS WINS AT BRANDS IN 360 ONE TWO

The conditions went from wet to dry at Brands Hatch and left Radical UK Challenge Championship leader and 360 Racing driver Jerome De Sadeleer with more work than he had planned.

“I was too brave into Paddock Hill Bend, couldn’t slow down enough and ran wide off the track,” he explained after setting seventh best time.

His 360 Racing team mate Mark Richards just missed out on pole position by 0.231 secs, while making his first appearance as a 360 driver, Steven Lake’s SR3 was 11th quickest and first in class.

From the start of the first race, Richards was into second place, but was almost caught out by leader Matt Bell’s pace exiting Graham Hill Bend. “Matt was ahead but on the brakes, it all closed up and as the field had the concertina effect I was tapped by Jason Rishover who then spun,” Richards explained.

De Sadeleer was also caught up in the melee, “when Jason spun in front of me, he clipped my rear wing,” he said.

Richards was then down to third with De Sadeleer fourth, but with his wing coming loose, De Sadeleer’s race was over after three laps though. “They black flagged me, so I pitted to retire,” he said.

Richards held onto third overall and second in class, but made little impression on the cars ahead, while behind him Lake took a class win, after securing eighth on the final lap.

De Sadeleer had to start the second sprint race from dead last due to his non finish, while at the sharp end, Richards started directly behind race winner Bell in third.

Once again Richards had settled in third behind Bell and Anthony Ayres, with De Sadeleer already up to seventh by the end of the opening lap.

Richards began to push for second place, “I was all over him, as my car felt very quick and Ayres couldn’t outpace me in the drier conditions,” he explained.

There were problems for Richards however. “The oil was overheating, so I pulled off, restarted when it cooled, pitted and then rejoined,” he said.

That moved De Sadeleer into fourth and poised to challenge Rishover for third.”I followed him for six or seven laps, keeping the pressure up and then he ran wide through Clark Curve on the penultimate lap and I was through,” De Sadeleer explained.

So it was third overall and second in class for De Sadeleer, with Lake 11th with another class win and Richards 13th. 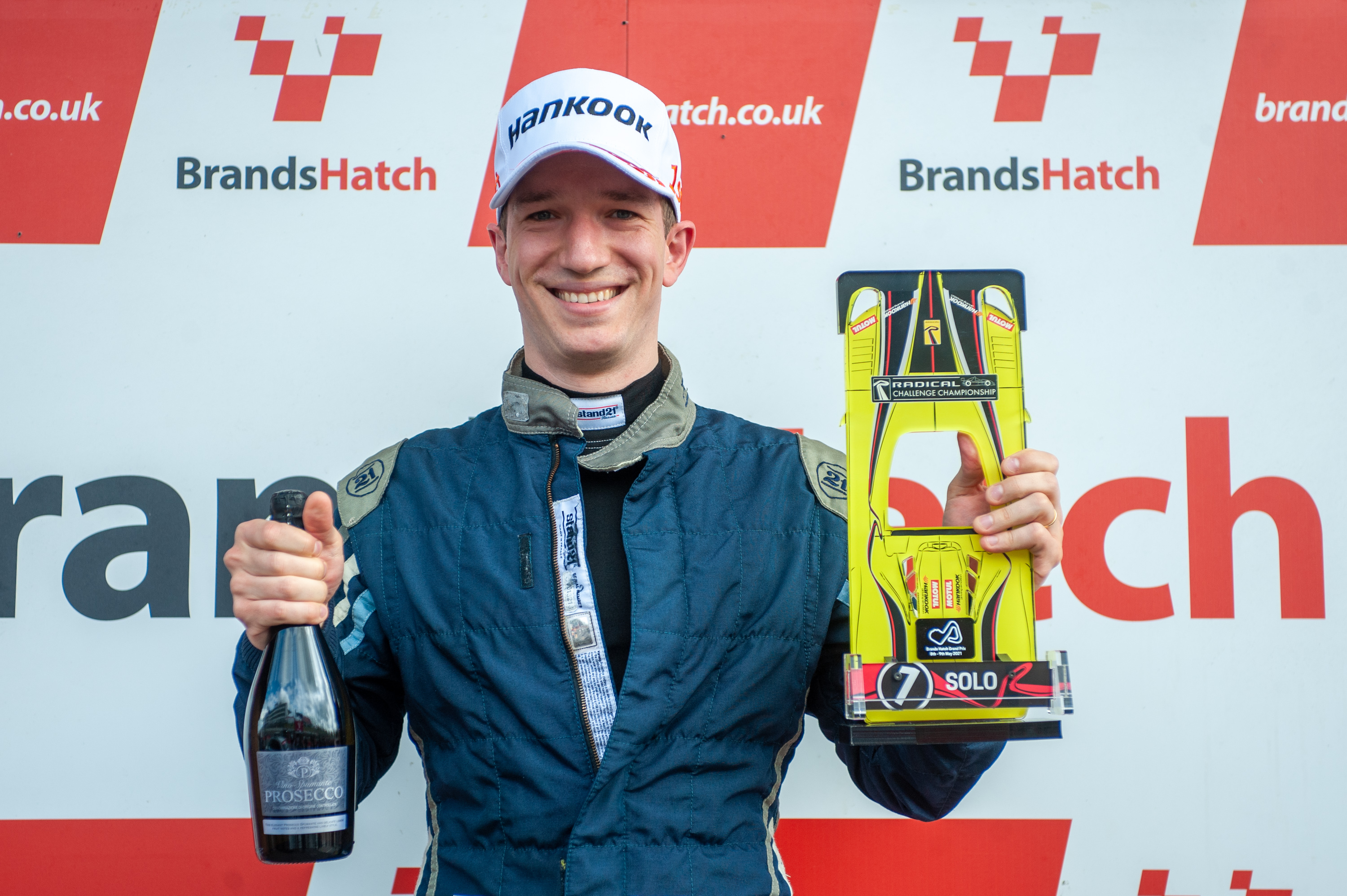 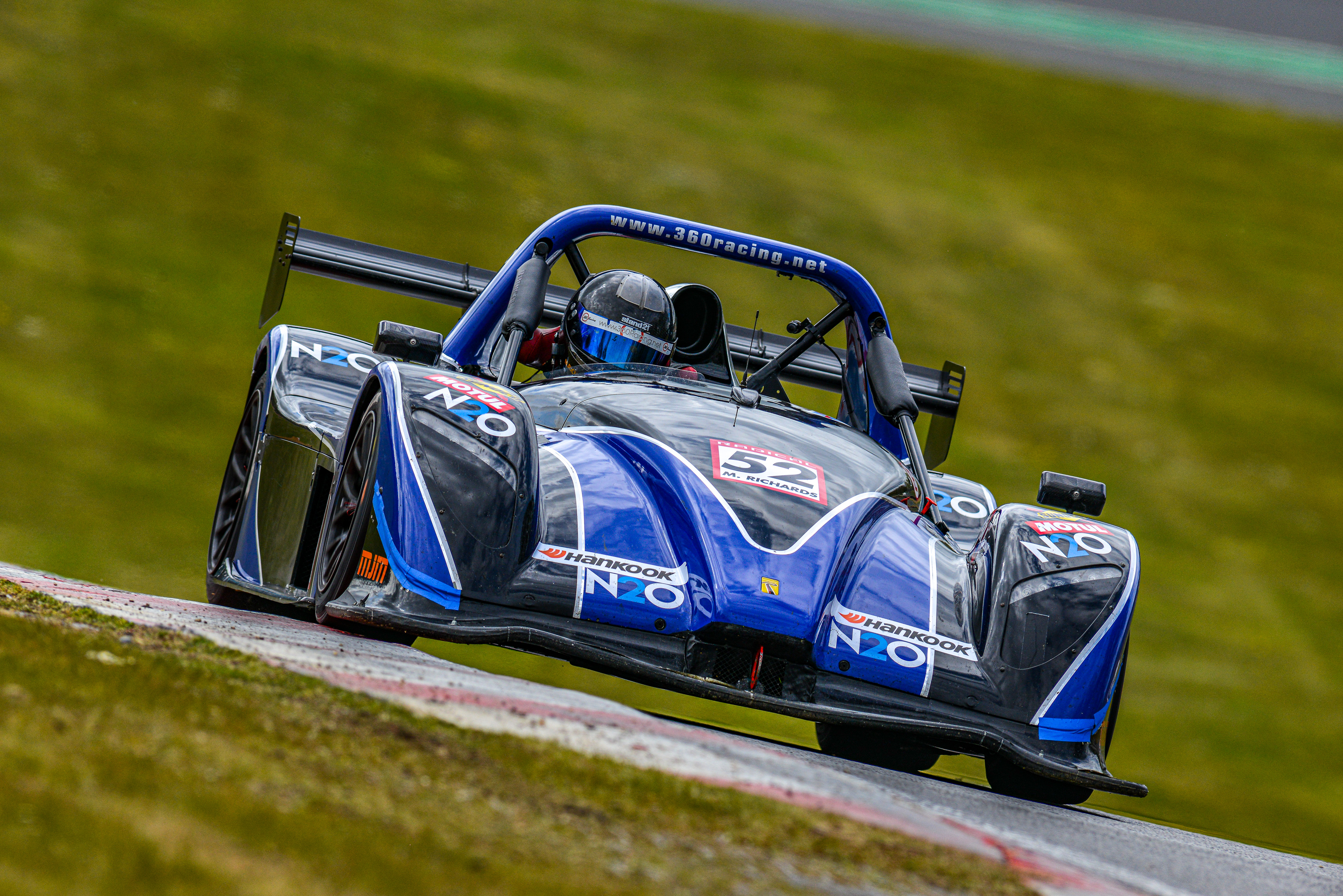 There was a separate qualifying session for Sunday’s Enduro race, and it couldn’t have gone better for the 360 crew, as De Sadeleer secured pole, with Richards only 0.075 secs slower. “Too close,” reckoned De Sadeleer.

It was De Sadeleer that made the best of the start. “I tried to stay with Jerome through paddock, but Bell got me,” Richards explained.

All three held station until the pitstop window opened, with Sadeleer one of the last to make his stop. “With the success penalty, I knew Mark would be ahead of me,” he said.

“I had lost some ground before the stop, after a huge oversteer through Stirlings sent me across the gravel and back on. But I still came out of the pits ahead and just kept going,” said Richards after securing his win by just over six seconds.

De Sadeleer had come out of the pits in third and was chasing Rishover again. “I caught him and then he had an impressive double spin pirouette at Sheene Curve, so I was secure in second,” he concluded and after sealing a 1-2 finish for 360.

Lake took class spoils again, by one lap and retained ninth overall throughout the second half of the race.