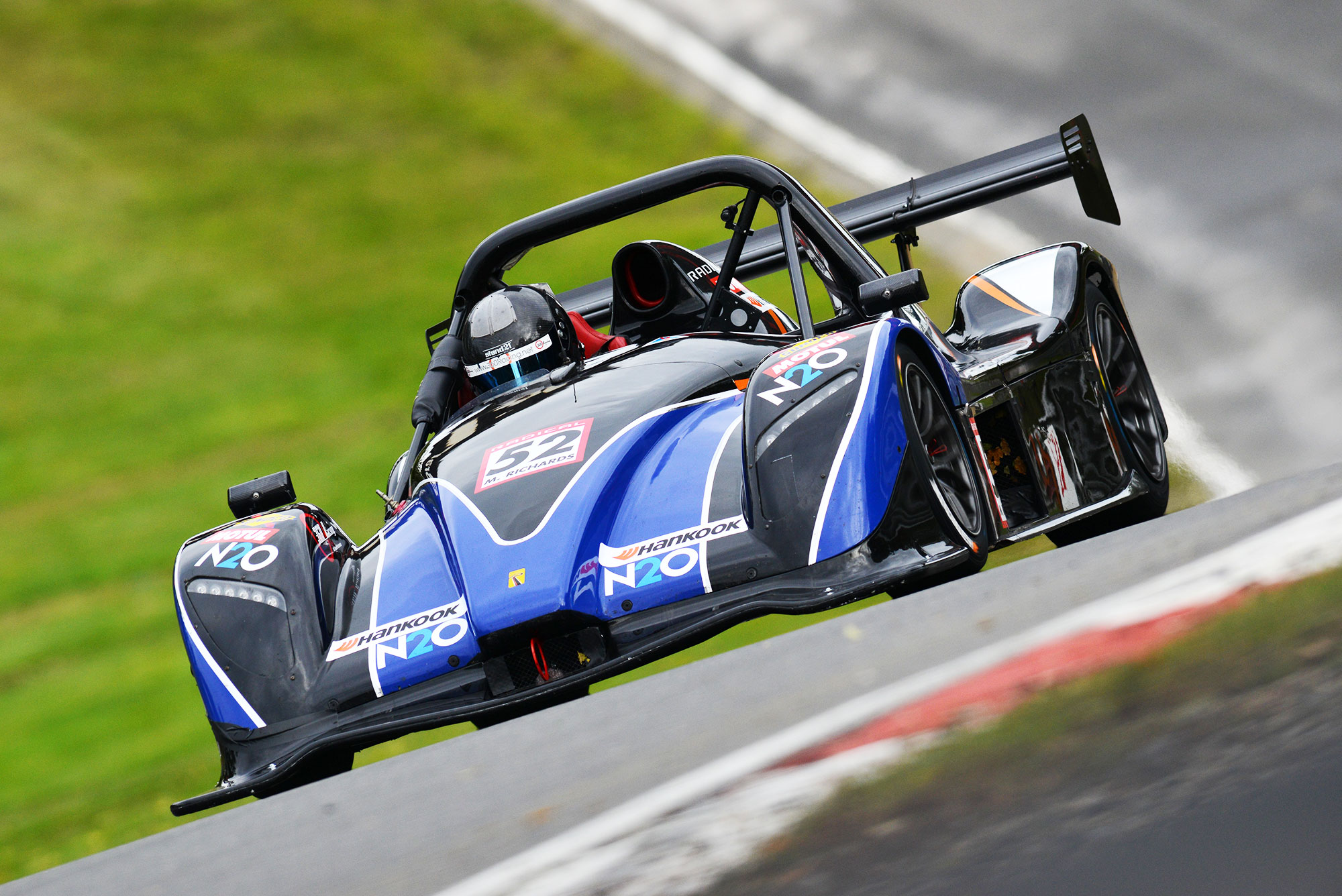 Richards qualified on pole position for the opening race of the weekend, 0.624 seconds up on Shane Stoney. “I got my time late in the session, but the car was just great,” he said.

Team mate Jason Rishover was down in fifth, with Peter Tyler eighth. “I just couldn’t get into it, I found it a bit of a struggle,” said Rishover. “I was consistent but got jumped a couple of places at the end,” Tyler added.

Richards made the best of the opening lap, as both he and Stoney ran in close formation, both well clear of their challengers.

Tyler had also made early places and was into sixth place, while Rishover lost out dropping to eighth.

A second lap spin from Richards dropped him back to third on lap two, as both Stoney and John Macleod had gone by before his recovery.

Rishover had also made progress and after four laps both he and Richards charged into contention again, demoting Macleod, while Tyler had settled in a solitary fifth. “I had spun as it got damp at Graham Hill Bend, but after about four laps I was back to challenge Shane.” Richards added.

Rishover was first to make his mandatory stop, with Stoney and Richards following on consecutive laps. 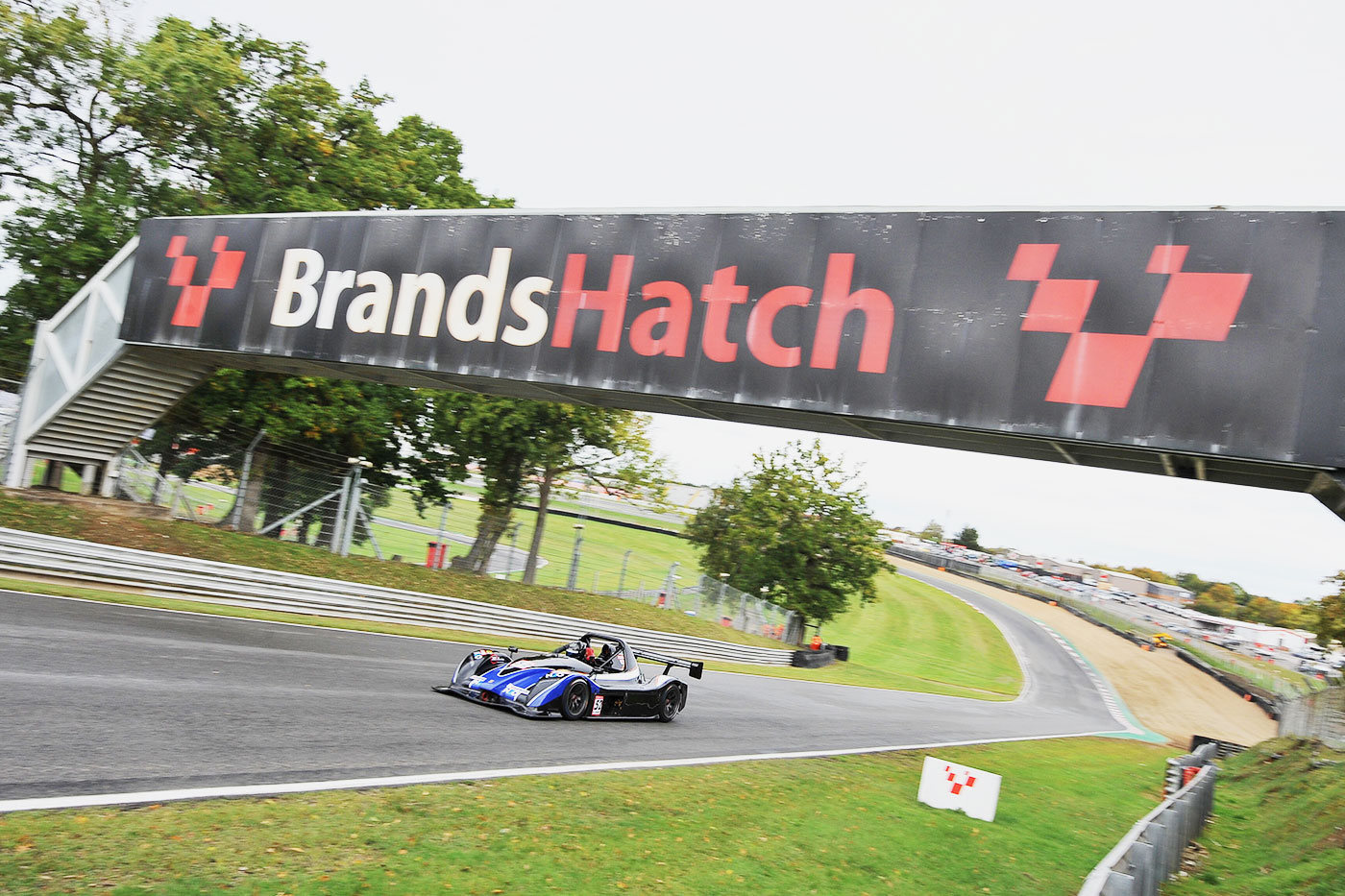 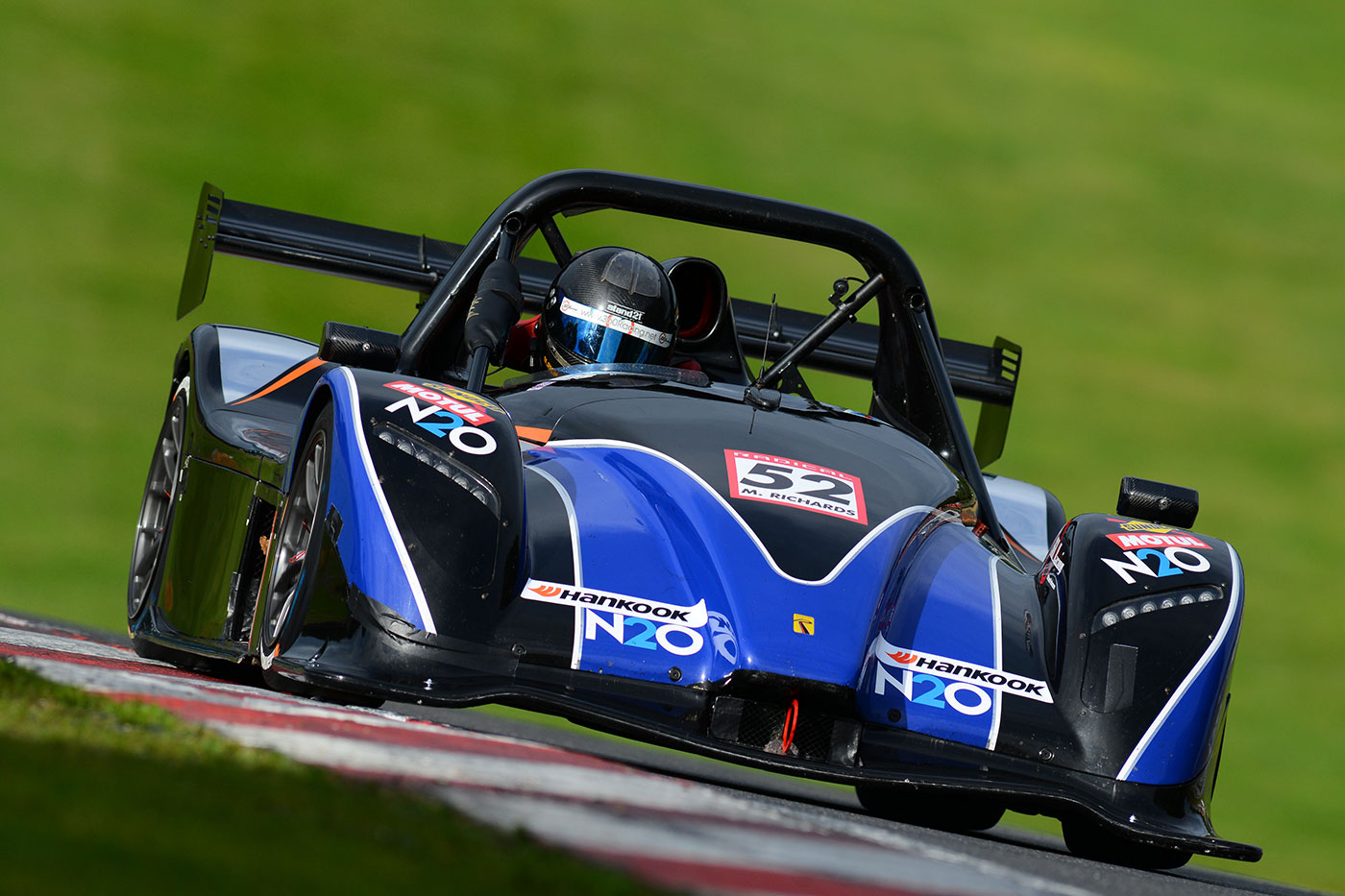 Richards emerged from the pits with his lead intact and with Stoney pitting again from second on the 24th lap, it became a 360 0ne two with Rishover secure in second, shadowed throughout the second half by Elliot Goodman, while Tyler slipped back to finished eighth, a lap down.

“I was just holding position until Stoney broke down, but I was determined Elliot wasn’t going to beat me this week.” Rishover added.

From lights out in the Sprint race Richards had Stoney chasing for the lead, but after three laps his rival was in trouble but made it back to the pits.

There were two laps behind the safety car before Richards had to rebuild his lost advantage, but at the flag he was over 10 seconds clear.  Rishover continually harassed third placed Macleod, but was unable to pierce his defence as the chequered came out, “I was on his tail for quite a few laps through Clearways, but couldn’t get the run on him at Paddock,” Rishover explained.

Tyler came sixth, “I got held up at the start when the car in front got sideways, right where I wanted to be, then it was playing catch up,” he said.

Richards was in the clear again at the start of the final race of the day and the season. He had built a lead of over 17 seconds when the safety car appeared, just after rival Stoney had clawed his way into second.

Stoney pitted early and had the lead when Richards made his stop. Despite the success penalty added to his stop Richards came charging after Stoney’s lead. “I was catching and then binned it at Stirlings and went through the gravel and over the grass and something broke,” he explained, but still made it home second, 30 seconds adrift of the winner.

Tyler had made his stop early and managed to hold onto third from rejoining, still 12 seconds clear of fourth placed Rishover. “I got passed Elliot and Jason when they both spun at Paddock as the rain started. Then I survived and it all just fell into place for me, plus the car was brilliant,” said Tyler.

“I had a bad start then the rain caught us all out. I spun at Paddock and Druids after making places, but stayed out late before making my stop, to make some more ground,” Rishover concluded after finishing third overall in the final championship standings.