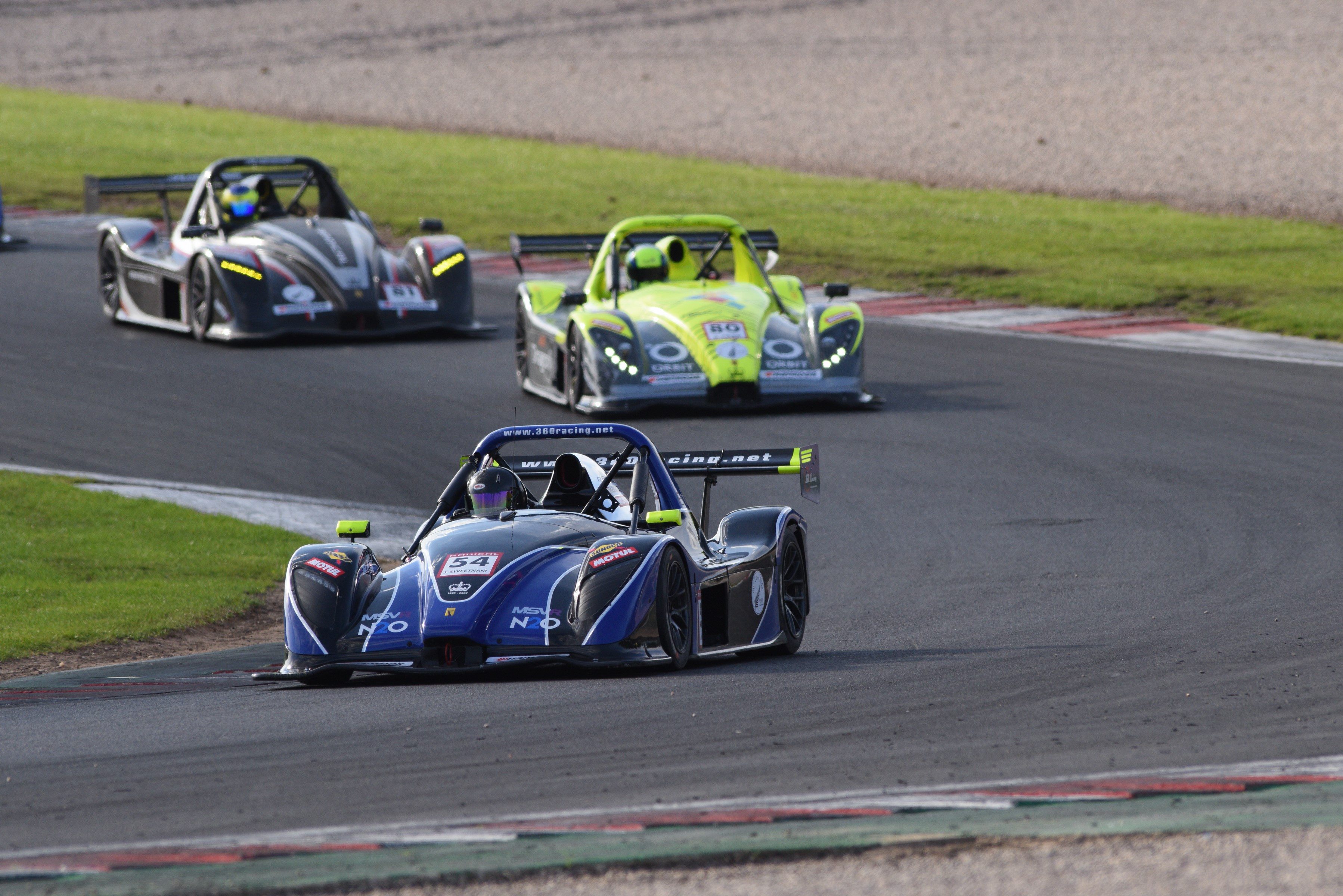 360Racing had three cars in action at Donington Park last weekend, for the finalrounds of this years Radical Challenge.

Havingraced for 360 in 2019, Jason Rishover returned to the line-up and qualifiedninth for the first race.

JamesSweetnam had been hoping to qualify in the front rows too, but found himself onrow six. “My best laps were both compromised, one when a car spun in front ofme and then an engine power problem,” he explained. 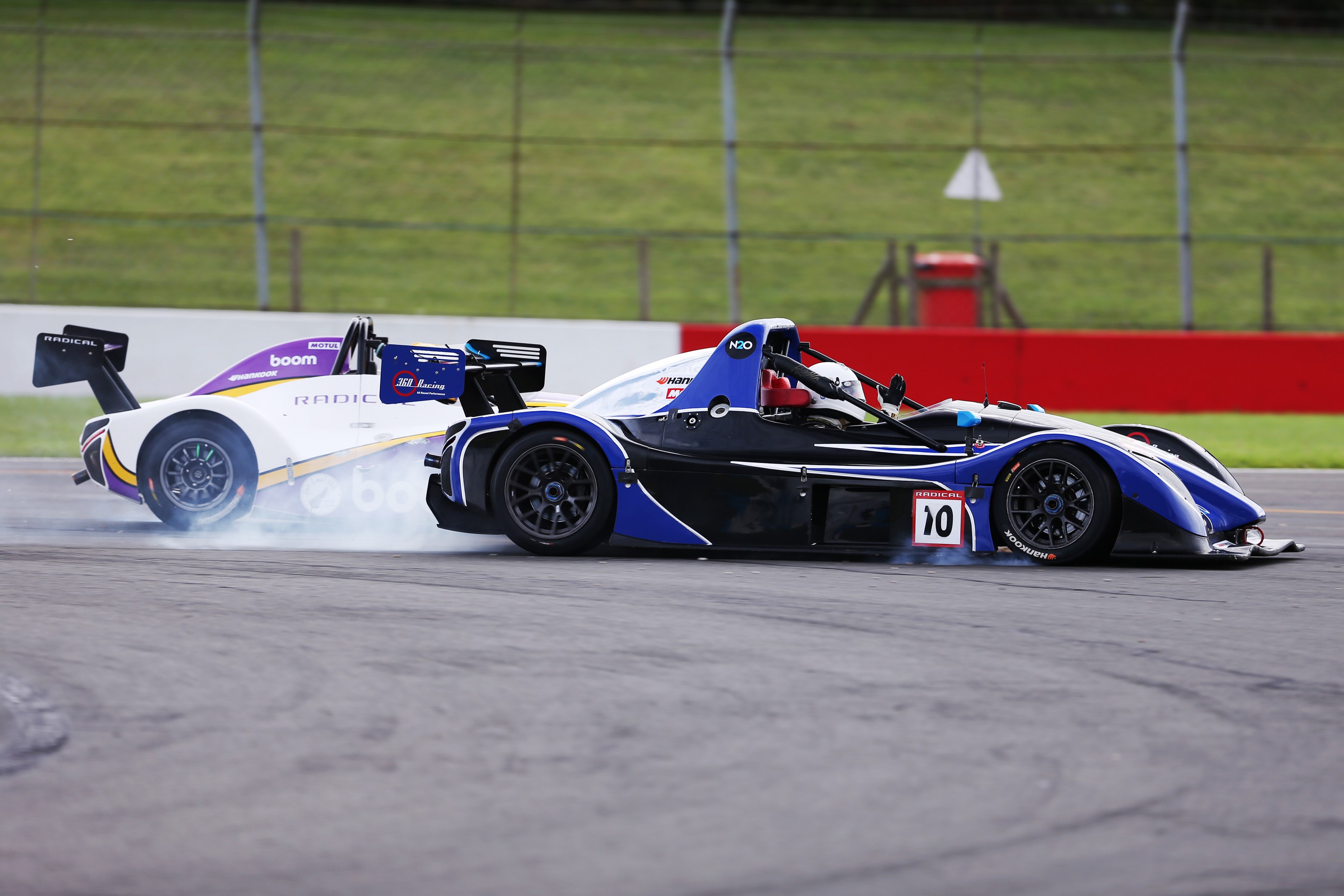 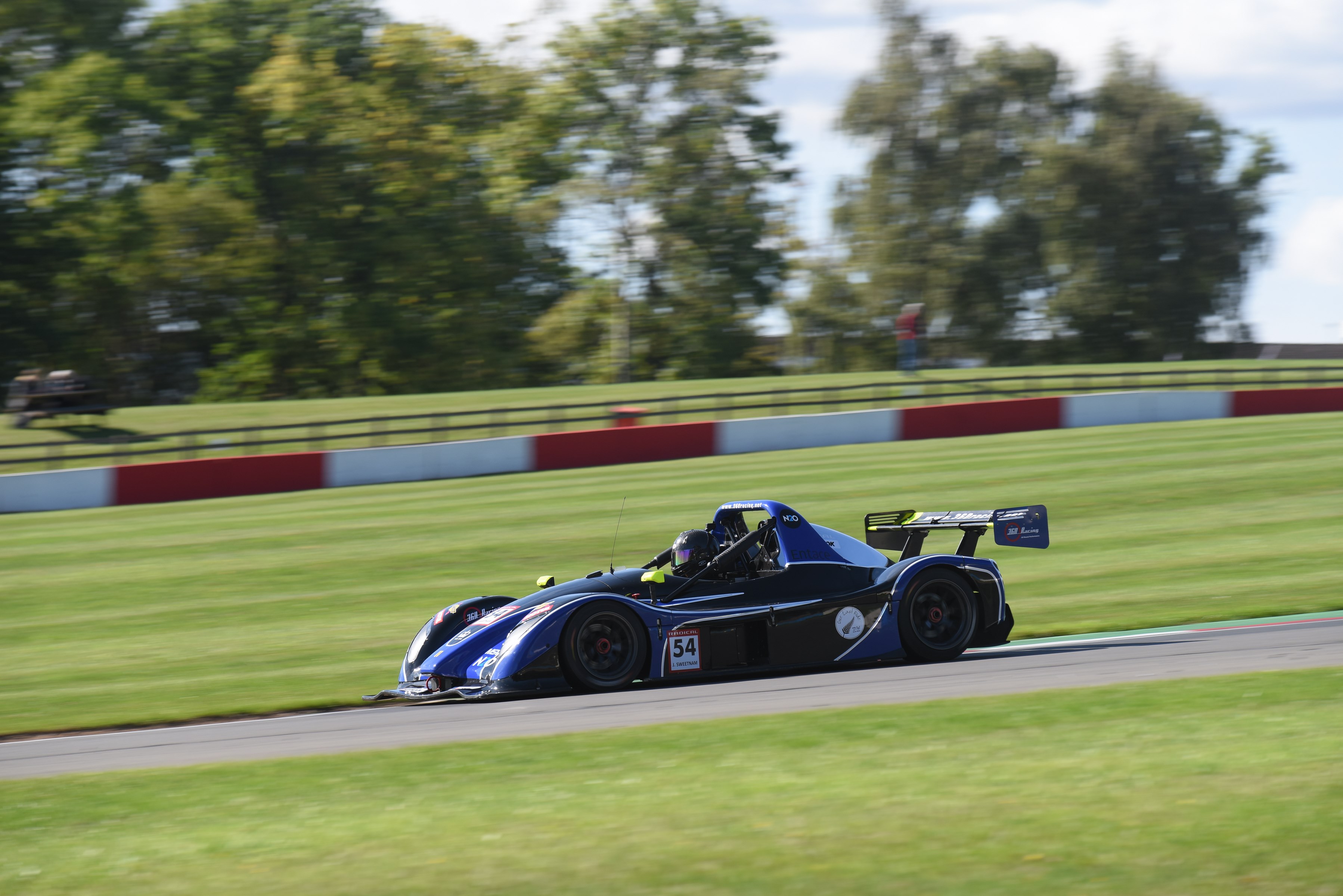 As the race got under way there was chaos at Redgate with a multiple shunt that brought out the safety car. Rishover was trying to make ground, but there was contact with a number of cars and he became one of the victims.

The green flag was out after two laps, “I had managed to pick my way through the first corner problems and was comfortably in sixth,” said Sweetnam.

Jack Leese had then got by him on lap eight, with Peter Tyler also closing on him too.

“Peter seemed to outbrake himself and went by me into Melbourne, but I retook him when he went wide on the exit,” he added.

Leese had caught Andy Lowe for fourth, but Sweetnam had their duel in sight still. “I backed off as I could see something was brewing and didn’t want to be part of it,” he explained.

But into Goddards on lap 11, Lowe and Leese collided. “I saw them crash and went to go wide around them, but Leese rolled back and collected me,” he said.

The race was red flagged and results declared from lap 10, but although Sweetnam had been in sixth, he was excluded from the result as he wasn’t running at the time of the red flag.

It had turned out well for team mate Wesley Fongenie though, he had just slipped from ninth on lap 10 when James Pinkerton got by, but with neither Leese nor Sweetnam classed as a finisher, he moved up to eighth in the final classification.“The car was just great, probably the best it’s been all year,” he said.

Neither Rishover nor Sweetnam made it out for race two, which left Fongenie running solo and trying to break into the top 10. He briefly headed Mark Williams on lap four for 11th, but lost the place back a lap later and finally finished 13th.

Fongenie was the only 360 car on the grid for the final race of the weekend and the Radical season. He qualified 17th and finished 17th,after losing ground with a spin at Goddards.