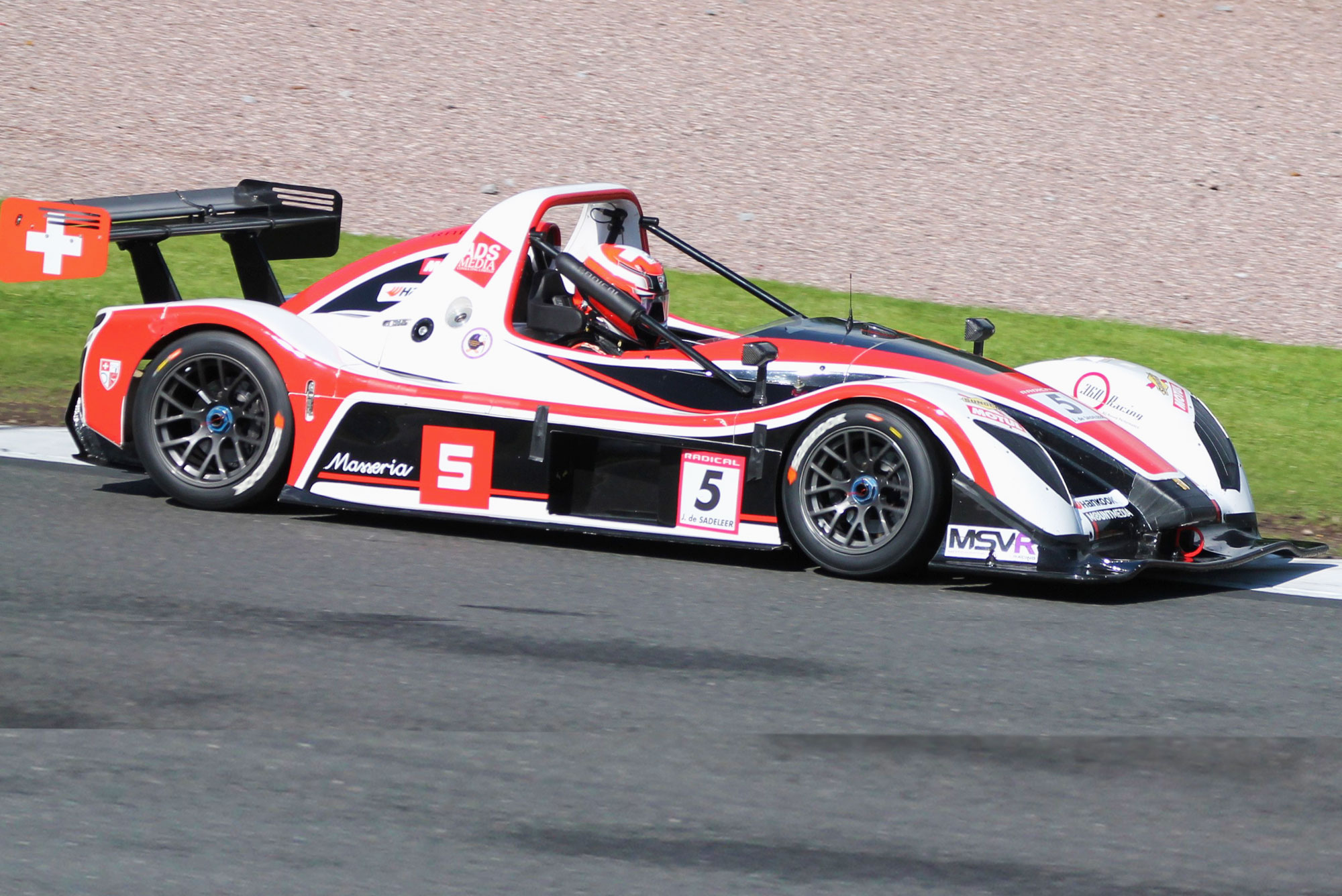 The 360 Racing trio of De Sadeleer, Mark Richards and Jason Rishover dominated qualifying, to take the top three places on the grid for race one.

“It felt really good, but in testing I hadn’t been sure. But after I got a few good laps I felt I was back, got into a flow and felt that the set up we worked so hard on last year really worked well,” said poleman De Sadeleer.

Richards was only 0.58 secs off the pole time, “I had set my best lap early on and every quick lap I found later, I went and caught someone,” Richards added.

Rishover felt he could have gone quicker too, “I was compromised on my quickest lap. But all the testing I had done really paid off, with a good rhythm early on,” he said.

There was a light sprinkling of rain just before the first of the two 50 minute races.

As the lights went out De Sadeleer led through Old Hall from Rishover, but Marcus Clutton had slipped ahead of Richards for third. “I had tried the outside line, but Marcus got up my inside,” he explained.

As they came over Hilltop Rishover was under pressure and was down to fourth as they exited Knickerbrook. “I missed the apex as I turned in,” he admitted.

De Sadeleer was out in front from Clutton, with Rishover under pressure from Richards and Shane Stoney, but on the fourth lap Richards’s race was over. “The fuel pump had gone at the Shell Hairpin,” he explained.

Rishover was trying to rechallenge Constable for third, but had taken Stoney with him. He made a fantastic move into Knickerbrook to snatch third place, but it didn’t last long. “I went and spun it at Old Hall,” he admitted after dropping to seventh.

As the pitstop window approached, the safety car appeared too, but both De Sadeleer and Clutton had gone by before the board was displayed, forcing them to stop a lap later.

De Sadeleer was left chasing Stoney for the lead, but was back in front on the 23rd lap when his rival ran wide and spun at Brittens chicane.

De Sadeleer managed to increase his lead to just over two seconds from Clutton at the flag, “we had been so unlucky with the safety car, so had to work hard and could continue pressing with such a good set up,”  he said.

Although Rishover retained fourth on the road in the second half, a track limit penalty left him classified fifth. 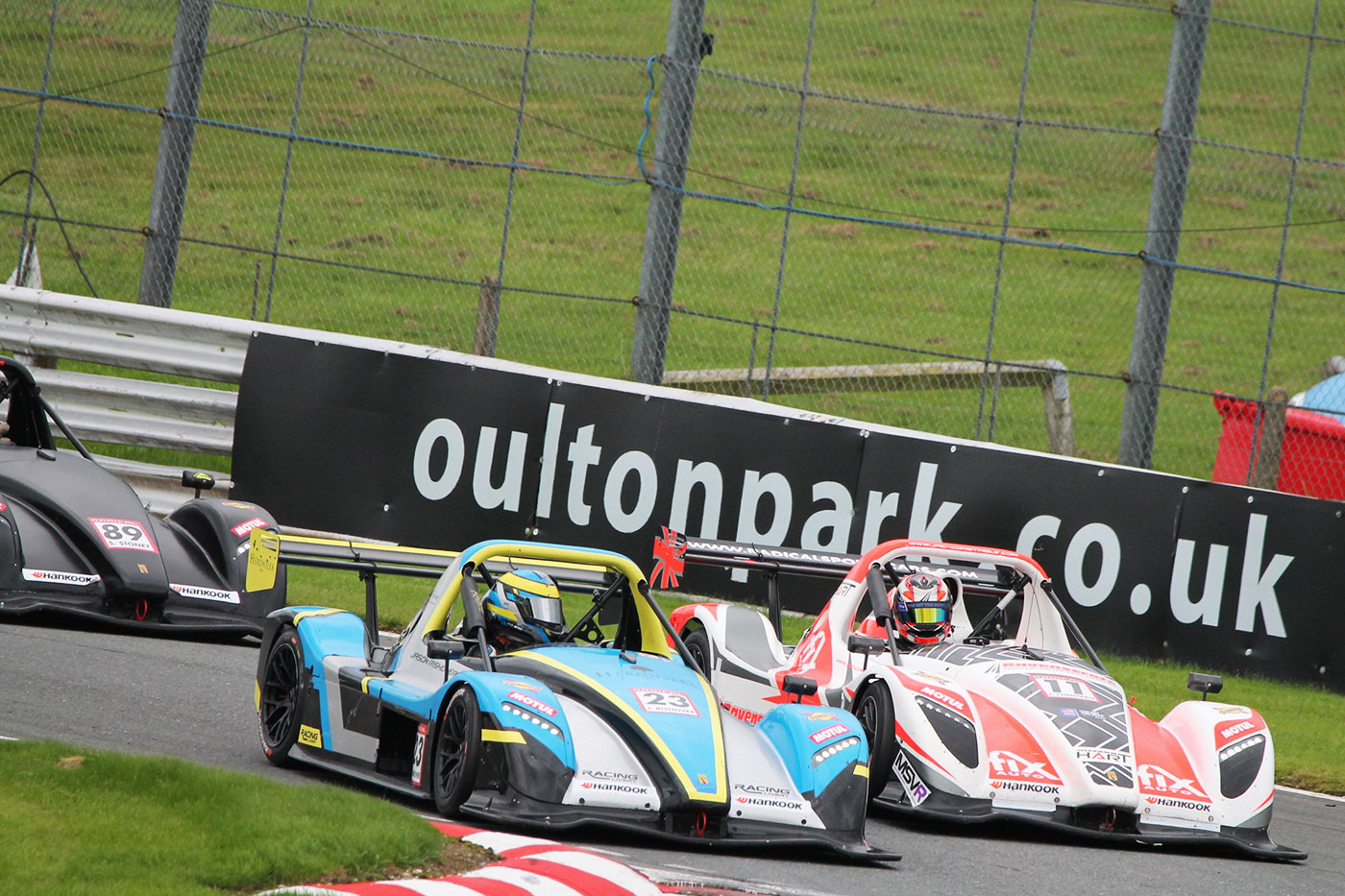 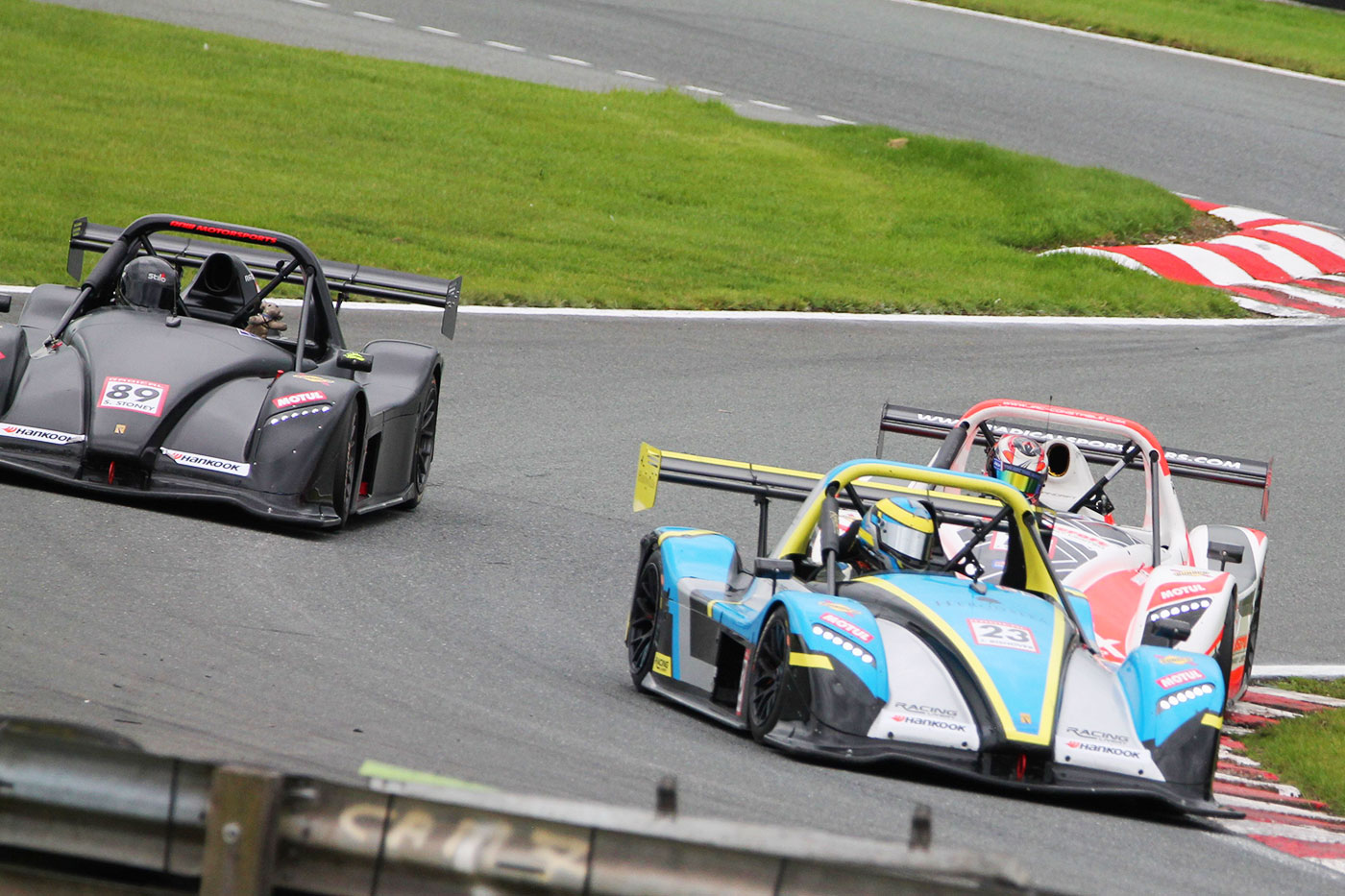 De Sadeleer and Richards shared the front row for the start of the race two sprint, but Clutton led into Old Hall.

Richards slotted into second and within a couple of laps the lead pair were in the clear.

Rishover and De Sadeleer were initially fourth and fifth, but pressing Constable for third, before both got by exiting Old Hall on the fifth lap.

Clutton managed to fend off Richards’ advances and at the flag they were 0.807 secs apart. “I had made an average start but then bogged down and Clutton got me. I stuck with him and was faster in some places, but he was better through the chicanes,” said Richards.

De Sadeleer had been pressing team mate Rishover until lap 10, “I bogged down at the start too, but should have stayed on line. Then I was got stuck in fifth gear exiting Cascades and just had to finish,” he said after losing a place to sixth with a track limit penalty.

“When I realised I couldn’t catch the top two, I just made sure I was there at the finish, but felt the pressure from Jerome for a while,” added third placed Rishover.

The safety car was soon in action in the final race with Richards in second behind Clutton again, De Sadeleer fourth and Rishover having slipped from third down to sixth.

There were only three racing laps before the pitstop window opened, but Constable made it out from his stop with inches to spare in front of Richards.

For the rest of the race they were nose to tail, with Richards briefly nosing ahead at Cascades. “He somehow got the jump on me out of the pits, we were so close and went side by side along Lakeside,” said Richards, who was then penalised for track limits dropping him to fourth.

De Sadeleer had to fight his way through the pack, taking Rishover with him for fourth and fifth on the road. “Hard work again and it was the best I could hope for with the success penalty,” said De Sadeleer after Richards’ penalty classified him third.

Rishover was penalised again too, dropping him two places to seventh. “I lost a lot after the safety car, the tyre pressures were too low,” he said.

The next rounds of the Championship are at Silverstone on August 15/16 and with all three drivers showing early pace, the Silverstone based team will be looking for more success.