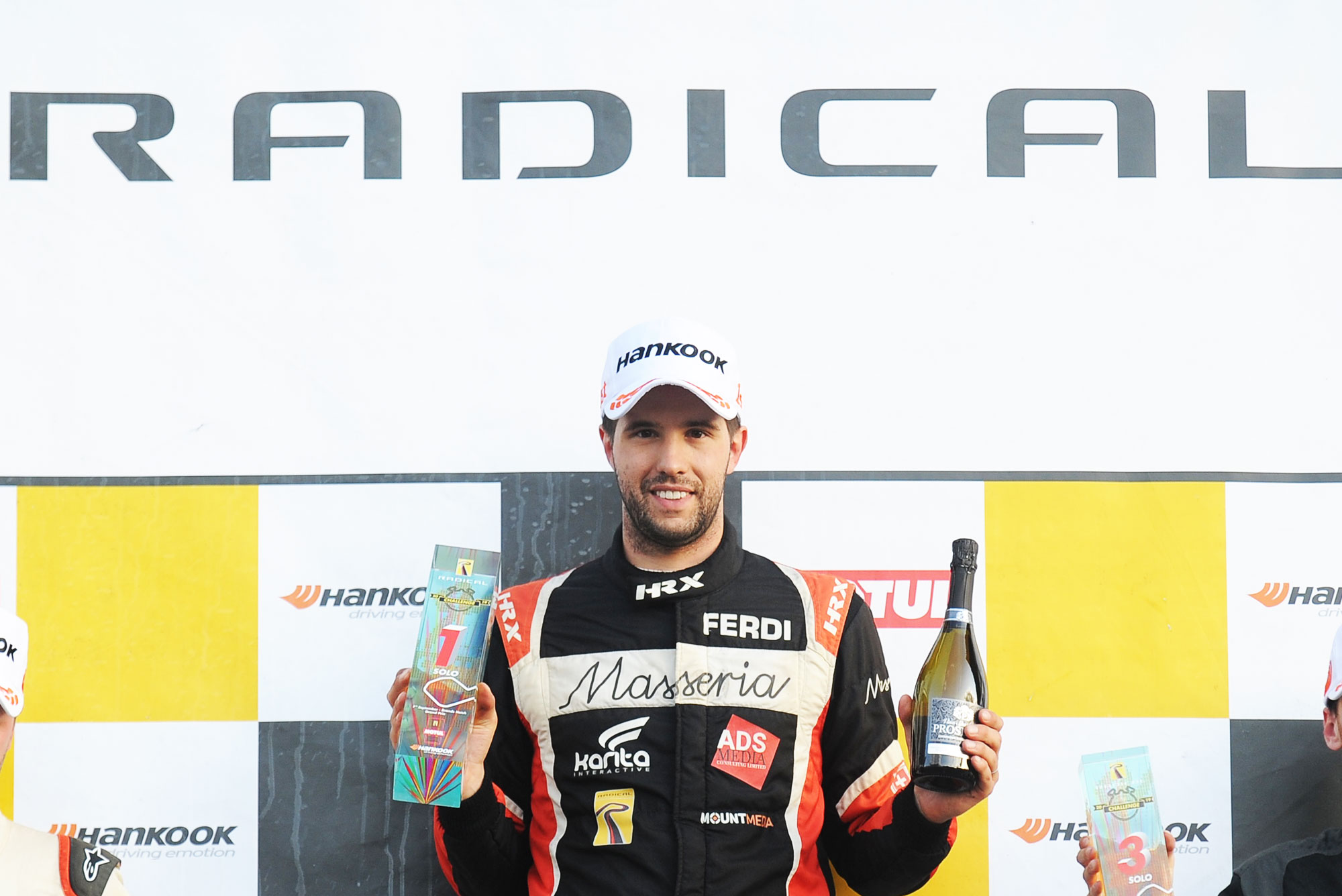 This year’s Radical UK Challenge title duel will go down to the wire, after 360 Racing’s Jerome De Sadeleer kept his aspirations alive with victory in the third and final race of the day at Brands Hatch.

De Sadeleer only missed out on pole for the opening race by 0.205 secs to title rival and defending champion Dominik Jackson, having held the position for part of the session.

Teammate Mark Richards had also qualified seventh, “a bit disappointed as I was way-off Dominik and Jerome’s best,” he said.

From the start of the opening race De Sadeleer had settled in to second behind Jackson, but as the gap began to open, the safety car appeared for three laps.

As the cars filed through Clearways and awaited the green flag, De Sadeleer and Jackson had contact, damaging both cars. Jackson suffered the worst and dropped well down, while De Sadeleer continued in fourth behind Jac Constable, Marcus Clutton and Marcelo Marateotto.

Richards had been in eighth prior to the safety car intervention. He made places due to the casualties, but had also lost out to John Macleod. “He dived ahead although I was quicker, so then I was stuck behind as he defended very well,” he explained.

Both Richards and De Sadeleer made fairly early stops. “I was behind Macleod again when I rejoined though and he tried to back me up to Jerome, so we both got stuck. I just wasn’t decisive enough when I got the chance,” Richards explained after losing seventh place to De Sadeleer with four laps remaining.

Teammate Jason Rishover ran just outside the top 10, but maximised his chances in the second half to finish ninth while Peter Tyler completed the 360 Racing quartet in 14th.

Richards had no problem with pace in the second race, when a flying start saw him lead the field through Paddock on the opening lap.

De Sadeleer had received a grid penalty, which meant from seventh on the grid he was already up to fifth on the opening lap. 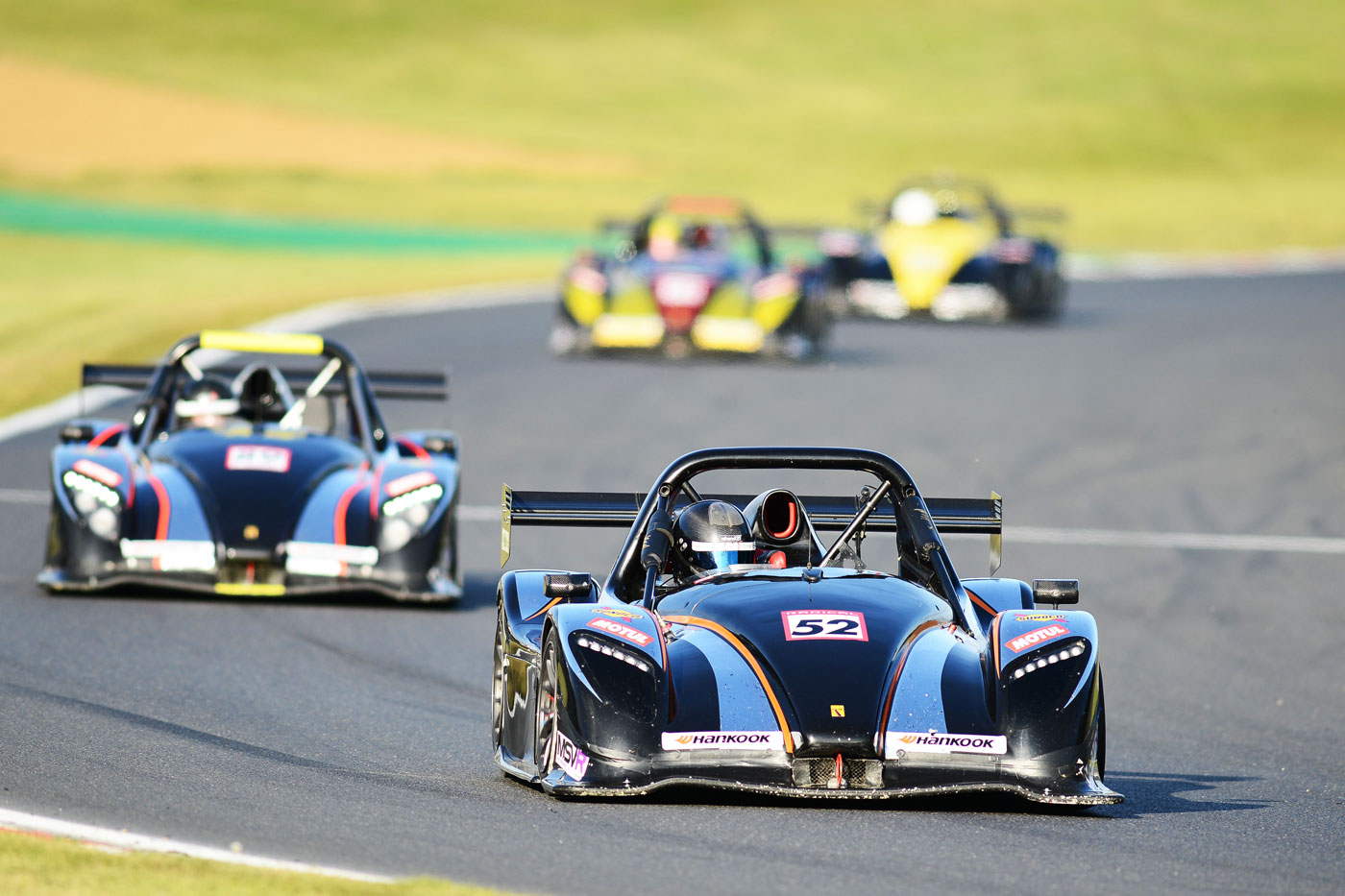 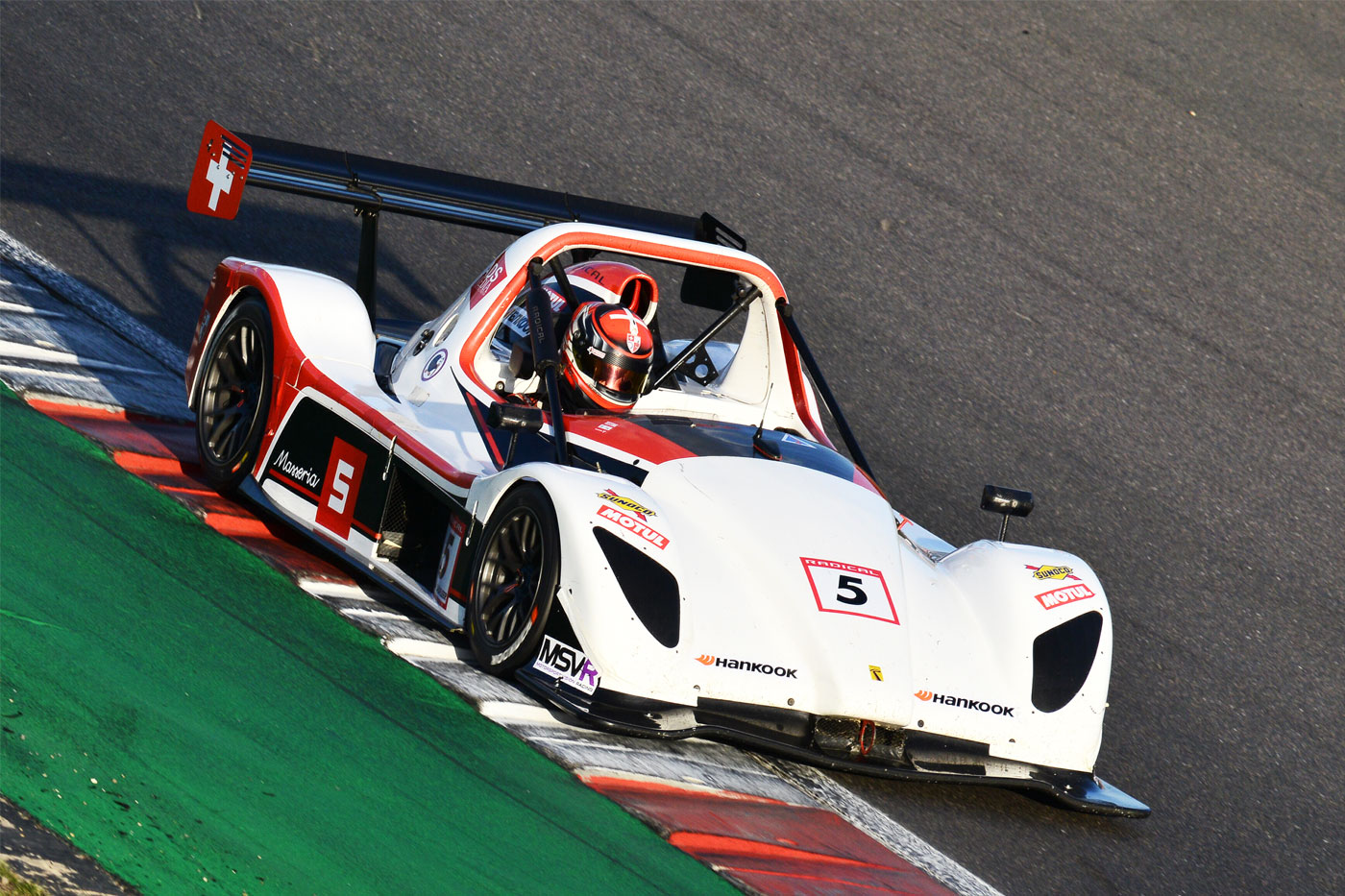 “I think the others bogged down, but it was a great start. I managed to pull away too, but as I started to slow a little, Jackson speeded up.,” he explained.

They were nose to tail onto the seventh lap, but Richards held on until Clearways. “I had been struggling through Stirlings and every lap he closed up there. But I got a particularly bad run out and he took me around the outside at Clearways and pulled way,” Richards added after retaining a well-deserved second.

De Sadeleer struggled to make progress and had to settle for fifth, with teammate Rishover following him home to complete the top six.

But with no success penalty at the pitstop, De Sadeleer saved the best until last. Richards had started second on the grid but lost out on the opening lap as Jackson, Constable and Clutton got away, leaving him to try and hold onto De Sadeleer and rechallenge for fourth. “I was mugged into Paddock, so just tried hanging onto Jerome,” said Richards.

De Sadeleer opted to take his stop early, while Richards stayed out. “Clutton got me early at Stirlings again, just after the stops,” Richards added.

For De Sadeleer though he emerged as the new leader and managed to ease himself clear to a fairly dominant victory.

Richards still made it home sixth, but with Rishover a first lap casualty, Tyler completed the 360 finishers in 13th.

“A sixth win felt good and I am not that far behind in the points, so a DNF for either us could still settle it,” De Sadeleer concluded.

The final rounds of the championship take place at Donington Park on September 28th/29th.