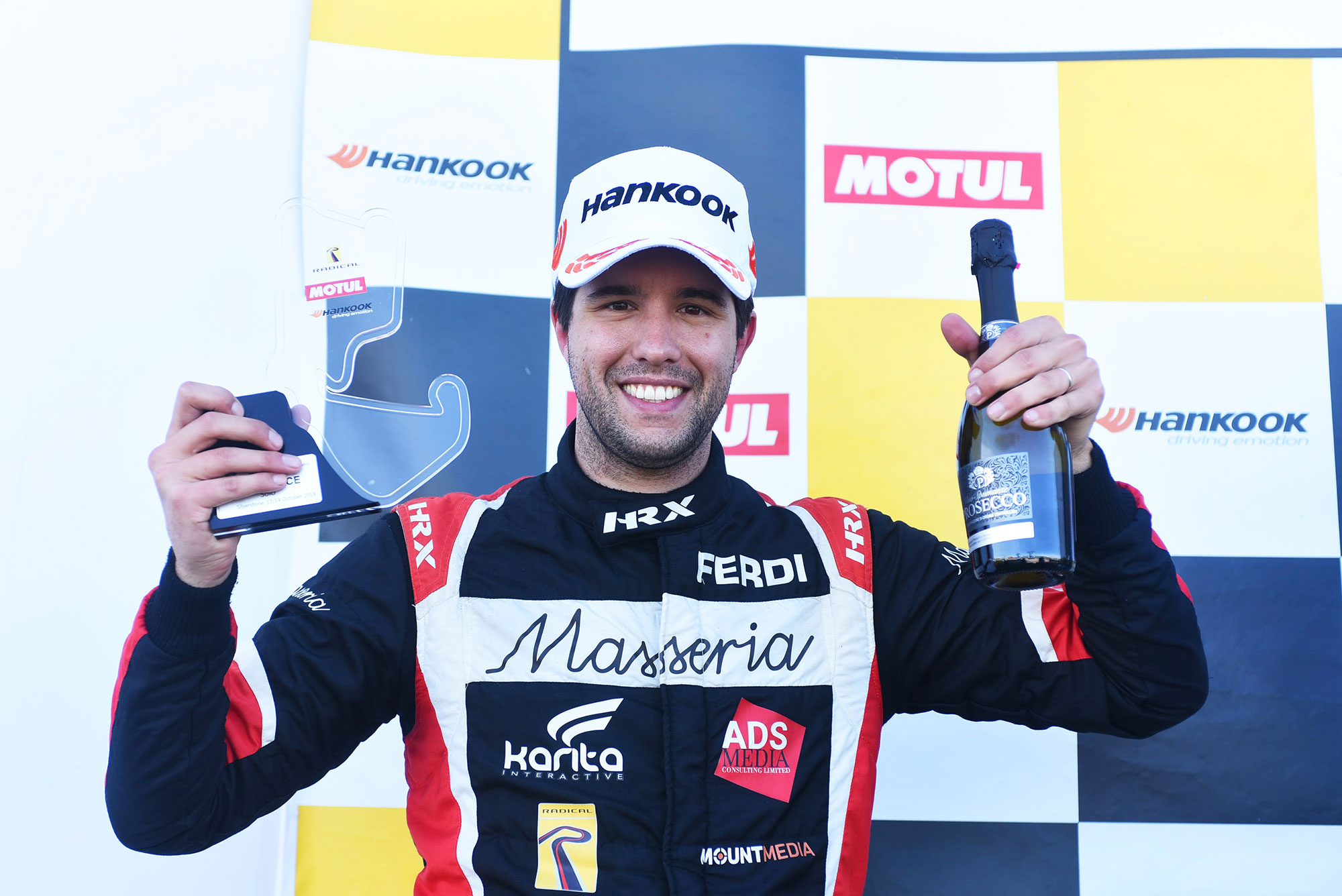 A solid second place at Silverstone was enough to seal third overall in the Radical Challenge Championship for 360 Racing’s Jerome De Sadeleer in his debut season in the format.

De Sadeleer led the way in qualifying for the Silverstone based team, setting the third quickest time in very wet conditions. Mark Richards also had a good session in fifth, with Jason Rishover tenth and Martin Verity in nineteenth, completing the 360 line-up.

Although the rain had stopped by the time the grid formed for the opening race, the majority of the cars had opted for wets, and the race started behind the safety car.

For Verity it was unfortunately over before it started, “I went out on slicks and put it [the car] into the barrier,” he explained.

When the green flag was waved Dominik Jackson and Steve Burgess opened an early gap, with De Sadeleer in third,Richards seventh and Rishover ninth.

But Burgess soon began to lose touch with the lead and De Sadeleer was able to reel him in, taking second on lap four and immediately consolidating his position. 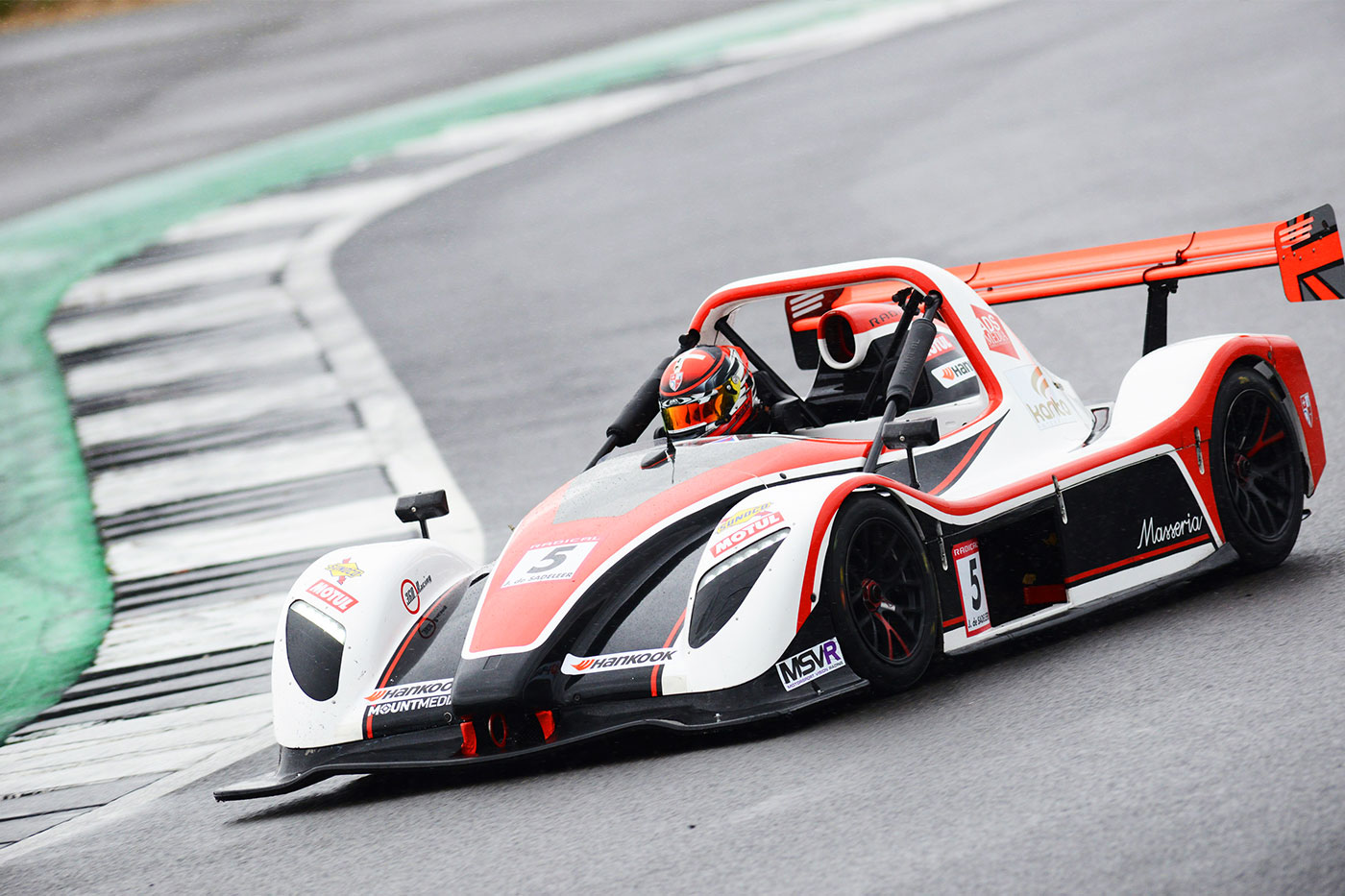 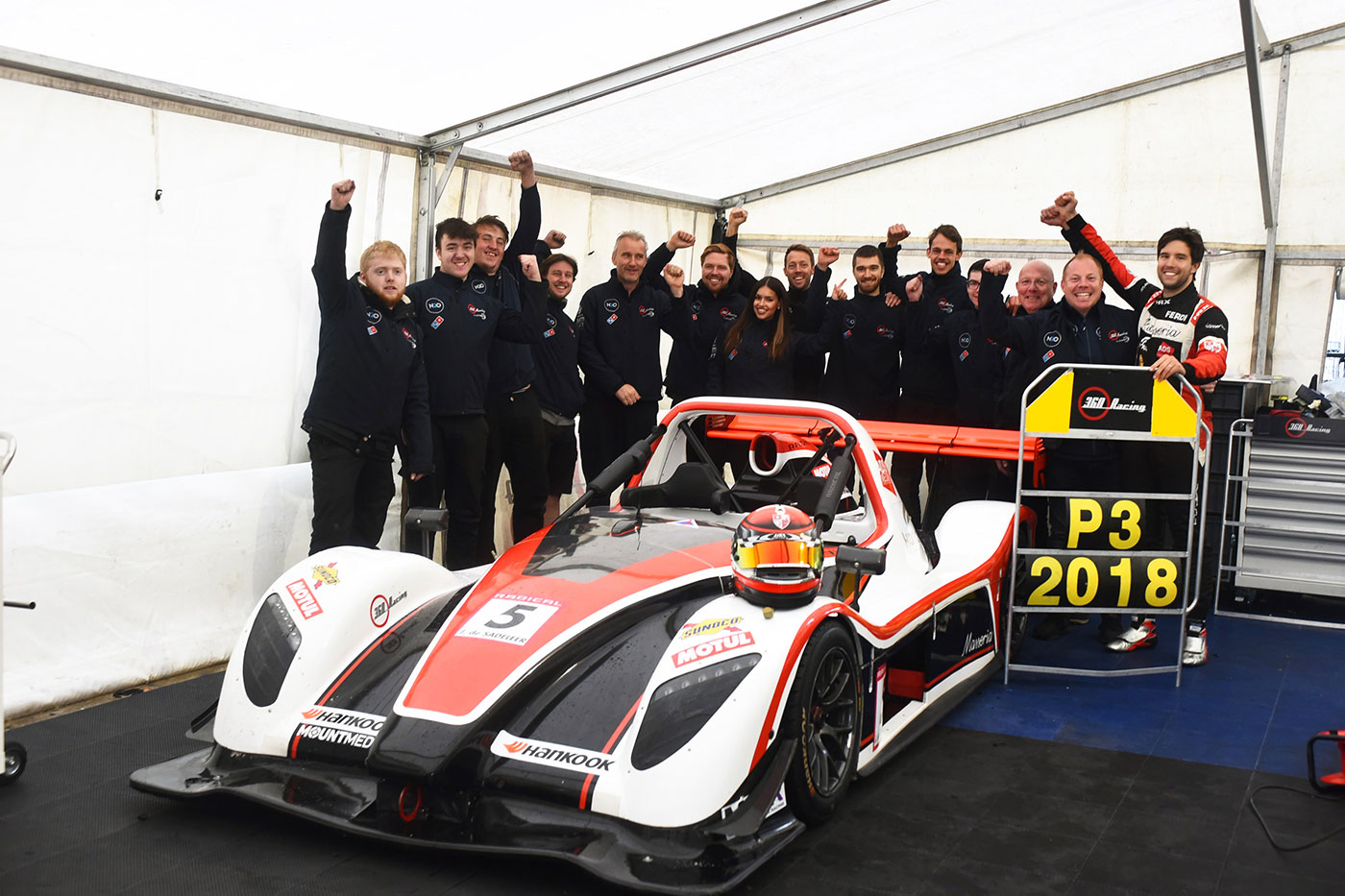 There were also problems for both Richards and Rishover: “I spun trying to challenge Marcelo Marateotto at Stowe,” said Richards after dropping down to seventeenth.

Rishover’s race was ended when he was sidelined after making contact with Mark Crader when battling for eighth on lap four.

Back at the front De Sadeleer stayed out as his rivals made their pit stops early. “I had started on wets and held my position okay, then I saw Dom [Jackson] pit so I decided to stay out another lap to make sure slicks would be the right decision.”

De Sadeleer rejoined in seventh,having changed to slicks, and within three laps was back to third and challenging Brian Caudwell for second. A lap later he was through, but the gap to Burgess and the lead was just too far. “I had got passed Steve [Burgess] fairly easily in the first half, then went clear. I was surprised to see Dom ahead of me after the stops. I caught him easily and could see he could do nothing as he was still on wets, but Steve was just too far ahead.”

Richards had started to gain places after his early spin, “I had a bad stop and the splitter collapsed, so that was that for me,” but he was able to take John Caudwell for thirteenth on the last lap.

There should have been two races on Sunday to end the season but torrential rain and standing water on the track caused the meeting to be abandoned.

De Sadeleer concluded: “P3 in my first season, what a great feeling! Nine podiums in 19 races, bring on 2019! It was a fantastic car to drive from 360 Racing, they’re an amazing team, and special thanks go to my Dad Stanislas and my wife Caroline-Christine for supporting me.”