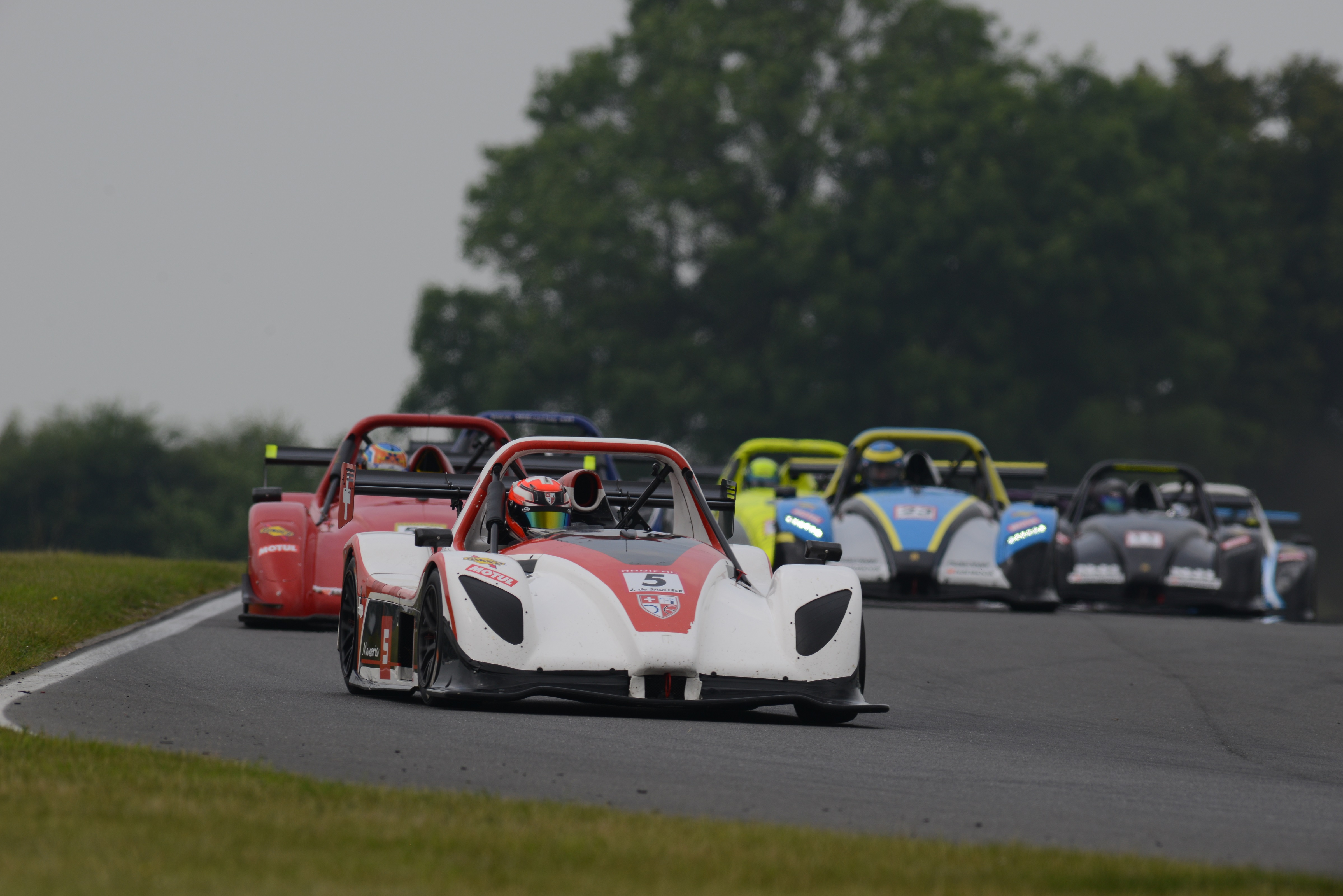 Jerome De Sadeleer and Mark Richards have both taken wins in this year’s Radical Challenge and had been hoping to add to their tally at Snetterton.

In the first of Saturday’s sprint races, De Sadeleer was chasing Poleman Matt Bell from the start, but comfortably retaining second when he suddenly slowed after six laps.

“The problem had started when I came through the Bombhole, but I switched off to try and reset but it didn’t work. So I tried to get back but it just cut out and I had to park up,” he explained. It was later found to have been a crank sensor.

Richards had been challenging Jason Rishover for third early on. But although he closed the gap which was now for second following De Sadeleer’s demise, he had to settle for third place at the flag.

“I was going down the inside at the first corner, but Jerome had to move and that cut off my run, so Rishover got me and got away,” he explained.

Steven Lake was a clear sixth and on his seasonal debut Martin Verity came in 10th after a late duel with Spencer Bourne, “I enjoyed that little battle at the end,” said Verity. 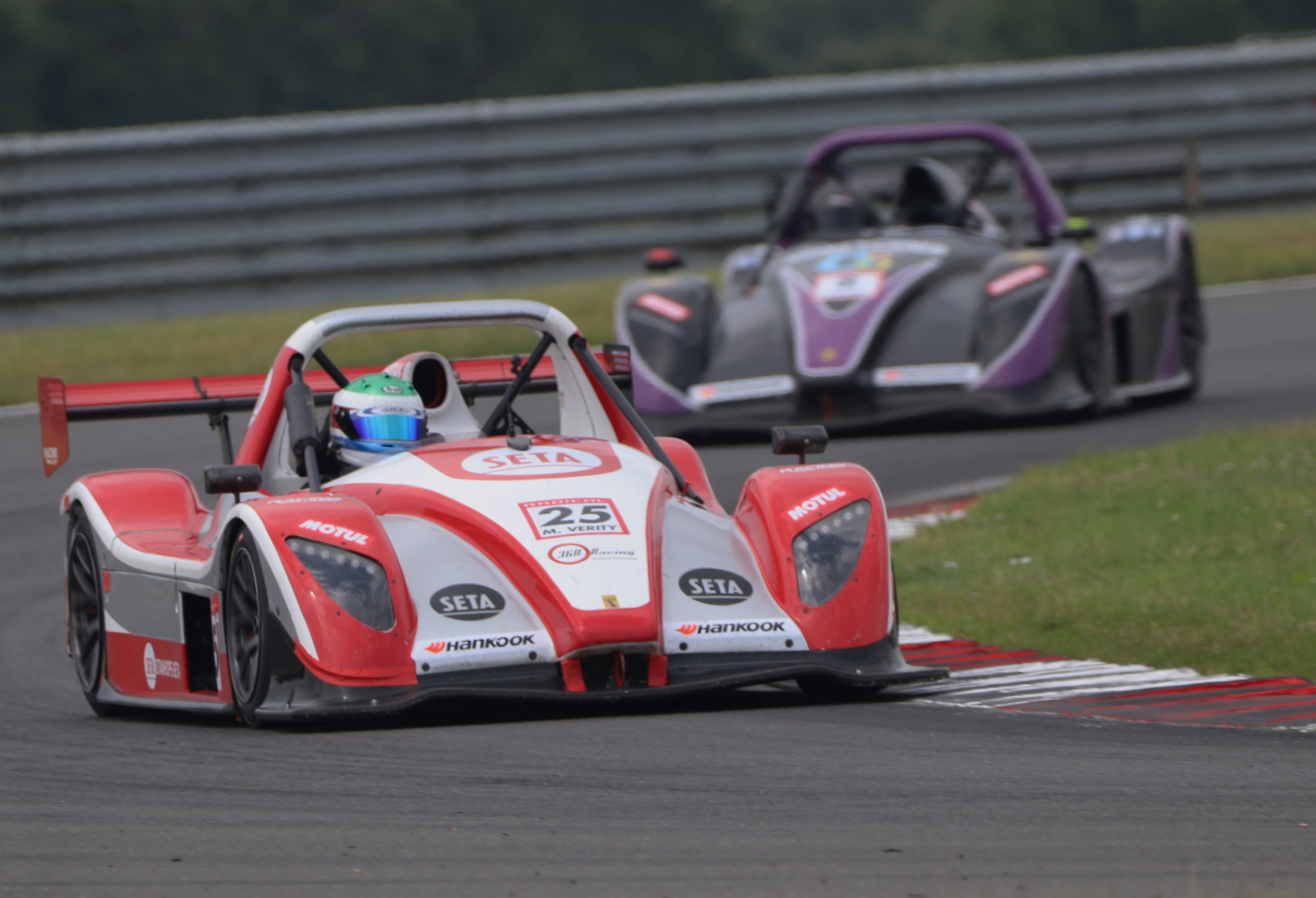 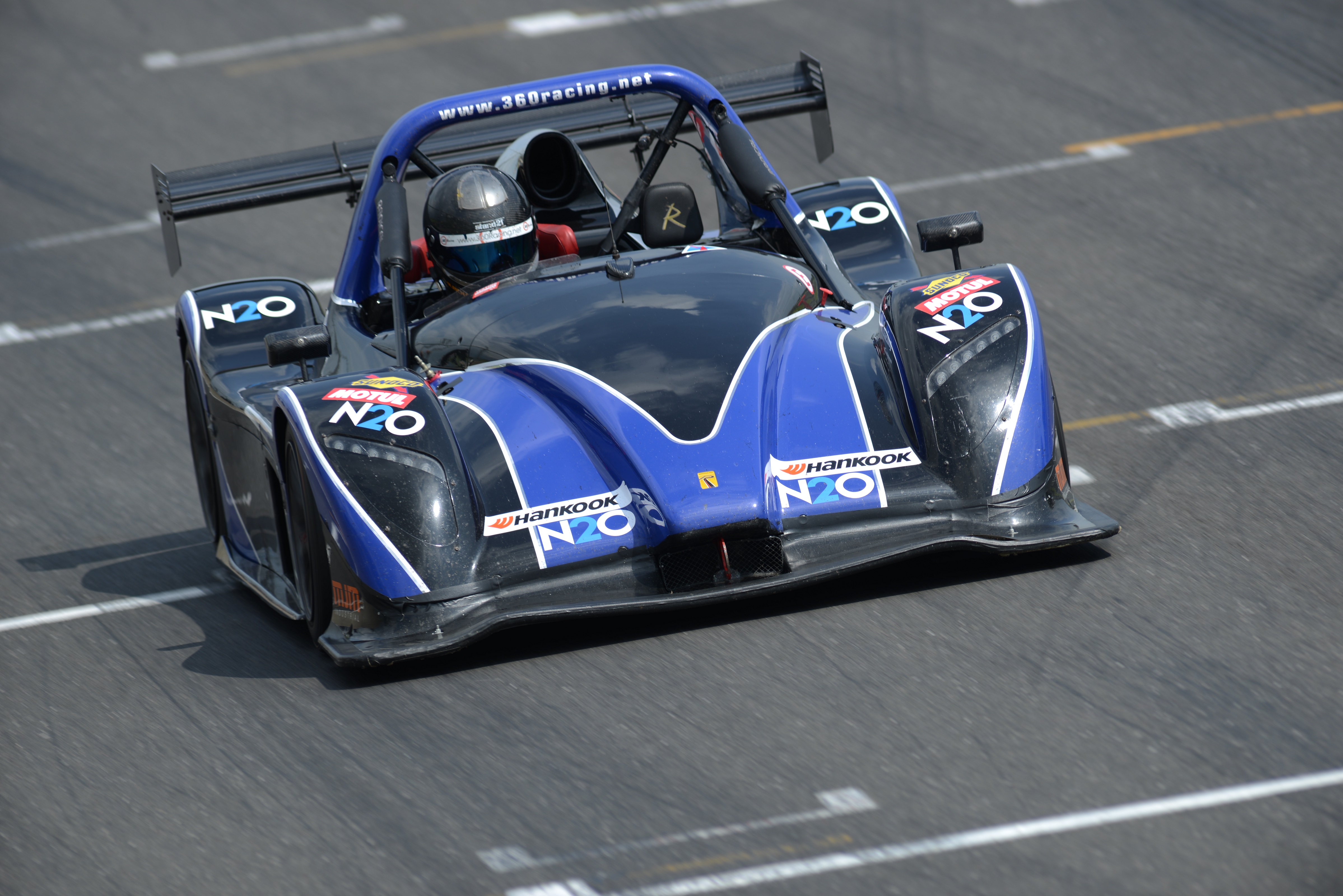 As the second race got underway De Sadeleer again found himself chasing Bell, with Richards part of a three-car fight for third.

With cars off the safety was called into action and apart from one lap in between, the rest of the race was under caution.

It was particularly frustrating for De Sadeleer as he was poised to challenge for the lead as the green flag was briefly waved.

“Yes frustrating with nearly no racing laps, but the car was nearly OK,” he reckoned.

Richards managed to gain ground however and was fourth on the road, only to receive a post race penalty, dropping him to 12th.

Lake was just behind Chris Preen to finish fifth, while Verity was eighth. “I had a bad start, then people fell off and I moved up. I don’t think I actually past anyone,” Verity admitted.

Sunday’s Enduro race continued in a similar vein, as De Sadeleer pushed hard to try and challenge Bell’s dominance. He was well clear of any challenge in second at the pitstops, but then started to have brake problems and slipped down the order.

“The brakes just didn’t work, I had s light spin in the grass but nothing big,” he said after slipping to a disappointing fifth on the last lap.

Richards had received damage at the first corner, after John Macleod was forced to brake in avoidance of contact ahead. “It was shambolic, I hit him hard and damaged the front of the car, after that it understeered everywhere,” he explained after taking sixth on the road.

However three track limits penalties dropped him to ninth and promoted Verity into a top six finish. Lake also hit trouble in the second half. “I had been about sixth then lost second gear and spun,” he explained after falling to 10th.

Both De Sadeleer and Richards showed glimpses of their undoubted pace, and when they return on August 14th at Silverstone for the next rounds of the Championships, they will be hoping to return to winning ways.