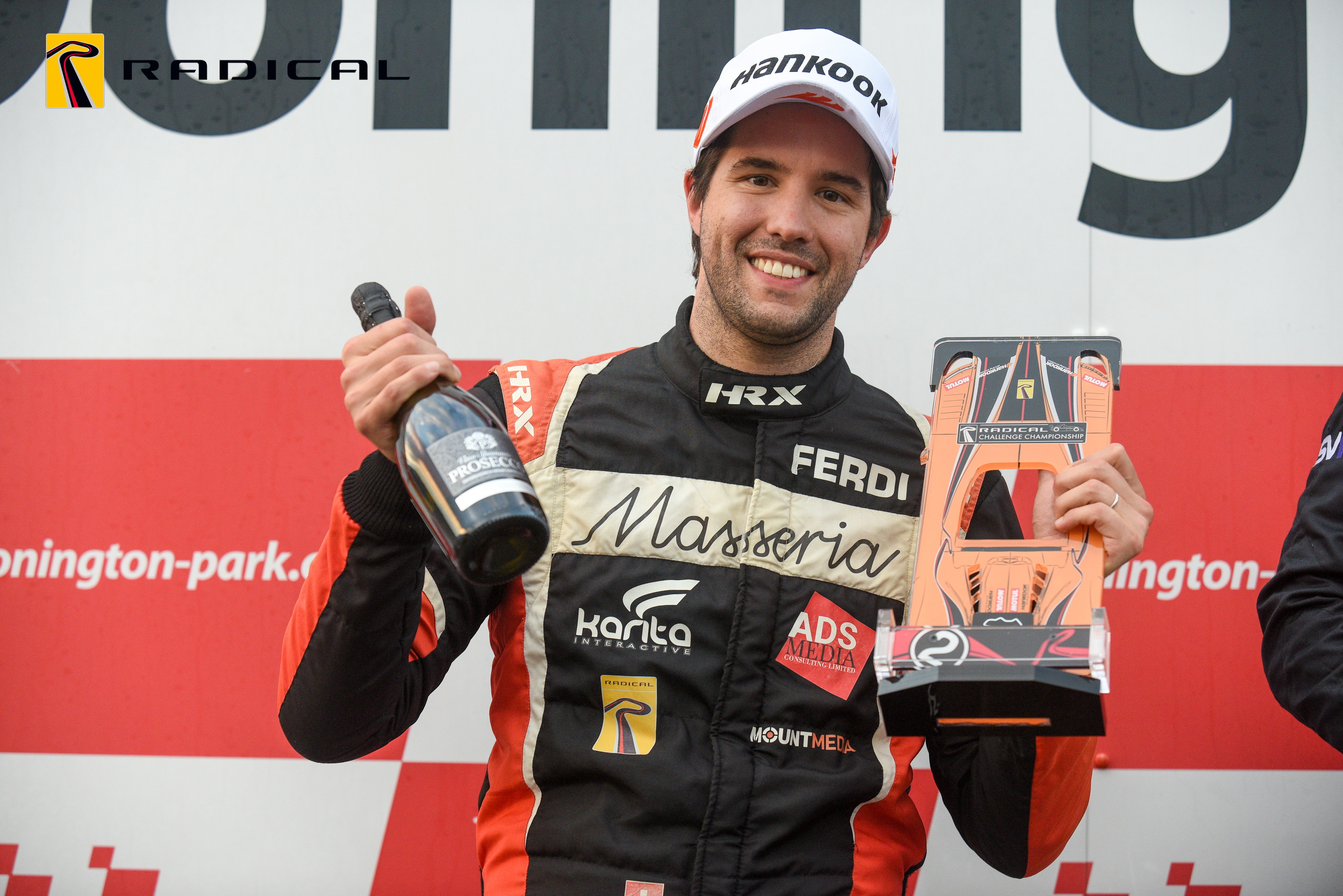 It was still mathematically possible for Jerome De Sadeleer to win this year’s Radical Challenge, but after the morning qualifying session it was looking a tall order. “I’ve left myself a lot to do,” he said, after fifth in class and eighth overall.

But for 360 there was a positive result, as Mark Richards topped the SR3 class and was second quickest overall, with Steven Lake 14th Wesley Fongenie 16th.

The opening race didn’t start well for Richards however. “I got pushed out at Redgate, but managed to get out of the gravel and carry on,” he explained.

It wasn’t the best of starts for De Sadeleer either. “I took the outside at the start and lost a couple of places, then pushed hard,” he said.

De Sadeleer had been running at the back of a four car battle for fourth, but after four laps he was struggling to stay with them, as Richards recovery brought him ever closer.

On lap five De Sadeleer was off, “I was pushing so hard I just lost it at Coppice, went through the gravel and back on, then just pushed again until time ran out,” he explained.

Richards was up to seventh after taking Dean Warriner at McLeans, “I just carried on overtaking until the car just died on me,” he said.

The second race had a more familiar look to it, with De Sadeleer duelling at the head of the field, with Championship leader Matt Bell.

Despite being on the second row of the grid, luck wasn’t on Richards side again at the start. “I messed the start up, as Jason Rishover nearly lost it in front of me and I went off left through the gravel again,” he explained.

De Sadeleer piled the pressure on Bell and made his move at Goddards on lap seven. “I hung on to Matt, kept tight lines and stayed on it with good pace. Then he made a mistake, I got down the inside and started to get away from him,” he said.

But a safety car intervention wiped out De Sadeleer’s advantage and from the green flag Bell mounted his challenge to retake.

“I didn’t get a run at the green flag and we were side by side down the Craner Curves, but he was back ahead at the Old Hairpin,” he added.

Despite staying close to Bell right to the flag, he was 0.477 secs shy of taking the place back, settling for third overall and second in class.

Richards had made steady progress and was heading for the top 10, until Jacek Zielonka spun in front of him under pressure at Coppice. “I had to go off too, through the gravel and back on,” he said.

After dropping to 14th he still managed to take ninth overall from Elliot Goodman on the very last lap, with Fongenie 10th in class, while Lake picked up frontal damage and was a couple of laps down.

The final race of the weekend had to be restarted after a red flag stoppage, when Bell and De Sadeleer were duelling once more.

It restarted in similar fashion until De Sadeleer went off at Melbourne. “I was just going too hard, had two wheels on the grass and lost it,” he admitted.

Richards had his best race of the weekend, making his compulsory stop from second, with Fongenie in third. In the closing laps he was chasing Bell for fourth in class, “I was trying, but never quite had enough to get him. A great race though and lots of overtaking,” he said.

Richards was later penalised for not taking a stop go penalty, promoting De Sadeleer to fifth in class and dropping Richards to 10th.

“I just tried to be too greedy at times, but a very competitive weekend of real arcing,” De Sadeleer concluded.

Lake ran in sixth early on, before coming home ninth in class, with Fongenie 12th. 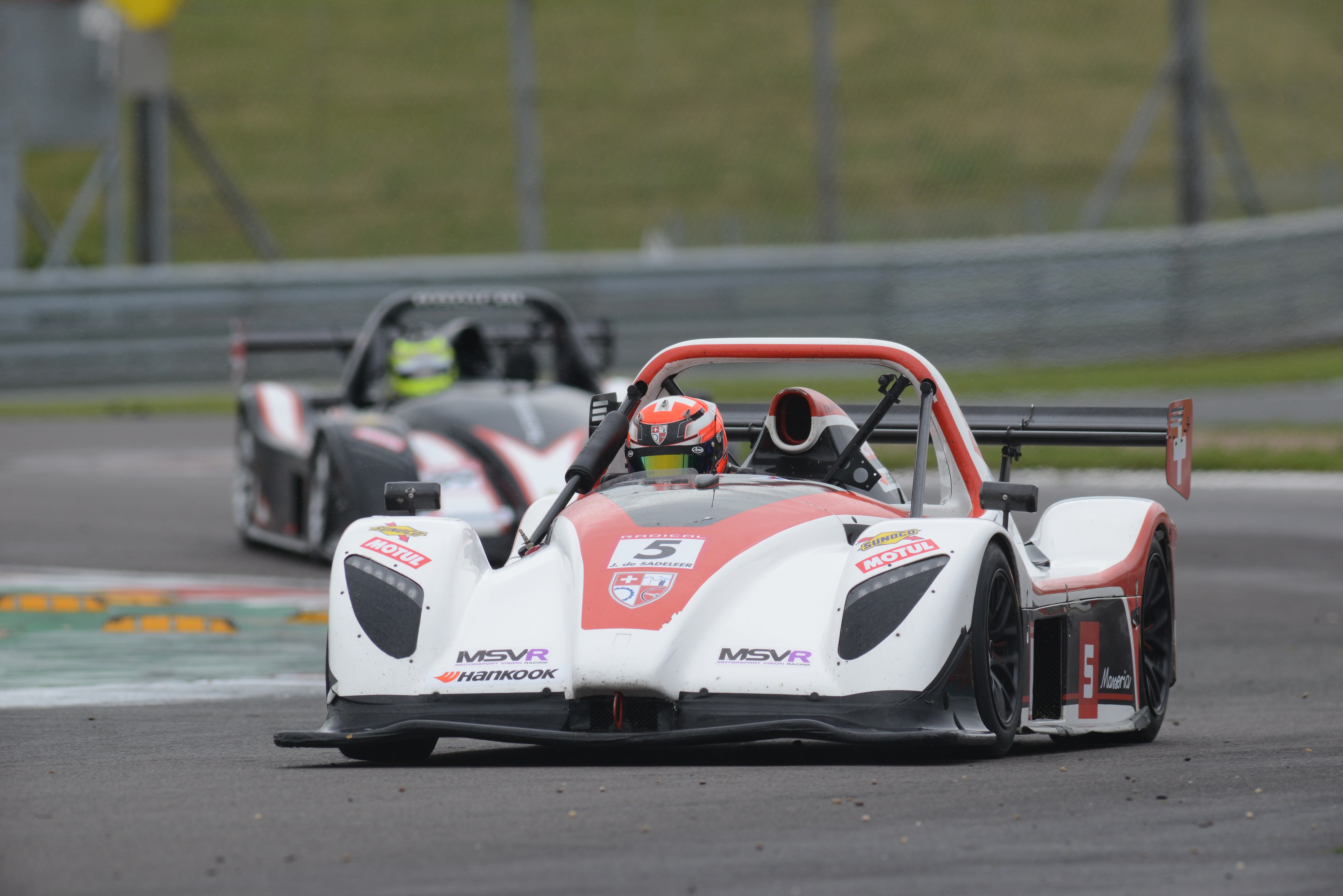 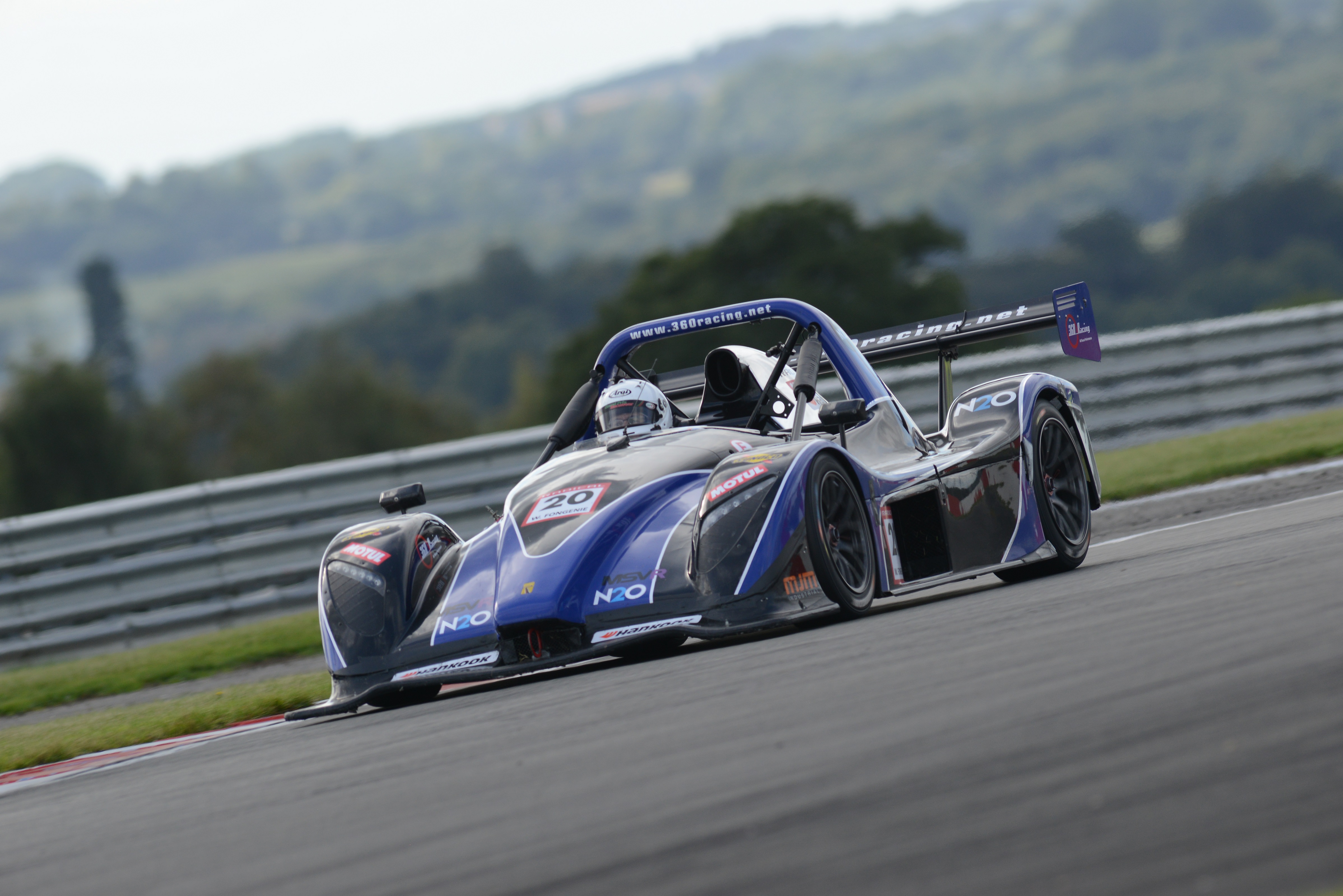