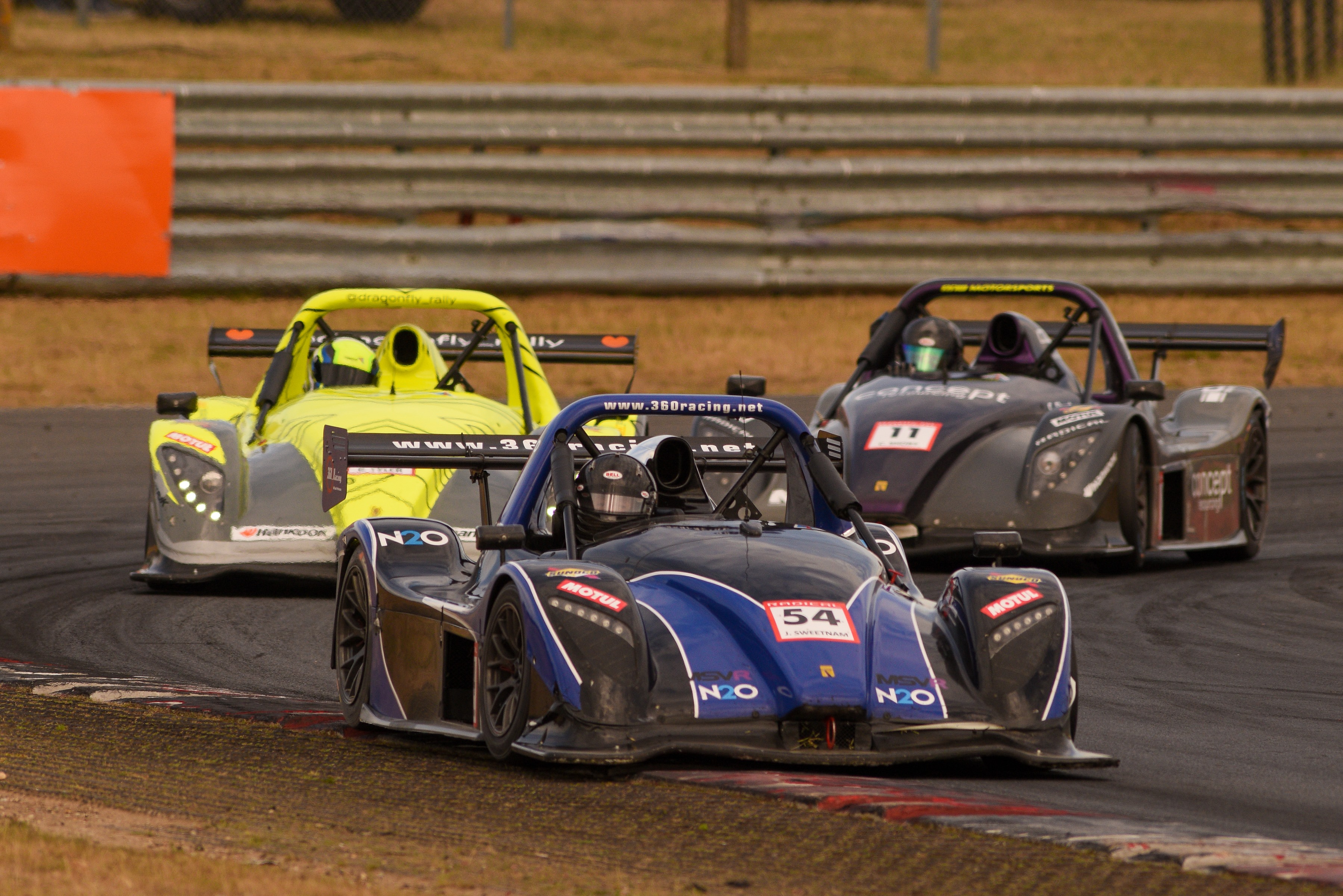 360 Racing’s James Sweetnam had a battle scarred weekend at Snetterton in the latest Radical Challenge rounds.

After Saturday’s qualifying his SR3 was eighth quickest. “I was struggling with a cross wind and a tail wind through Coram and couldn’t adapt to it,” he explained.

“I had a good start in the first race however and was sixth into Riches, before taking John Macleod through Oggies,” he said after ending the opening lap fifth.

Having shaken off any challenge from behind, he started to close in on fourth placed Jason Rishover. “I had a slight touch early on and it damaged my suspension so the handling was off a bit. I was certainly catching Jason towards the end but just needed a few more laps,” he said after taking the flag fifth, still 1.7 secs adrift of Rishover.

Starting from eighth again in the second of the weekends sprint races, he managed to make a place on the opening lap again.

“I took too much out of the tyres in the early laps though and then began to struggle with the high speed parts of the track. So I started to get understeer and that led to me losing places,” he admitted.

Having lost out to Matt Jones on the third lap, Chris Short followed a couple of laps later, leaving him still under pressure from Andy Lowe.

“He shunted me at the rear and I was down to almost last place, expecting a lot of damage and I was just trying to bring it home, “he added.

He took the flag in 12th only to find the damage was small. “I was very surprised, it was a hard hit,” he said. 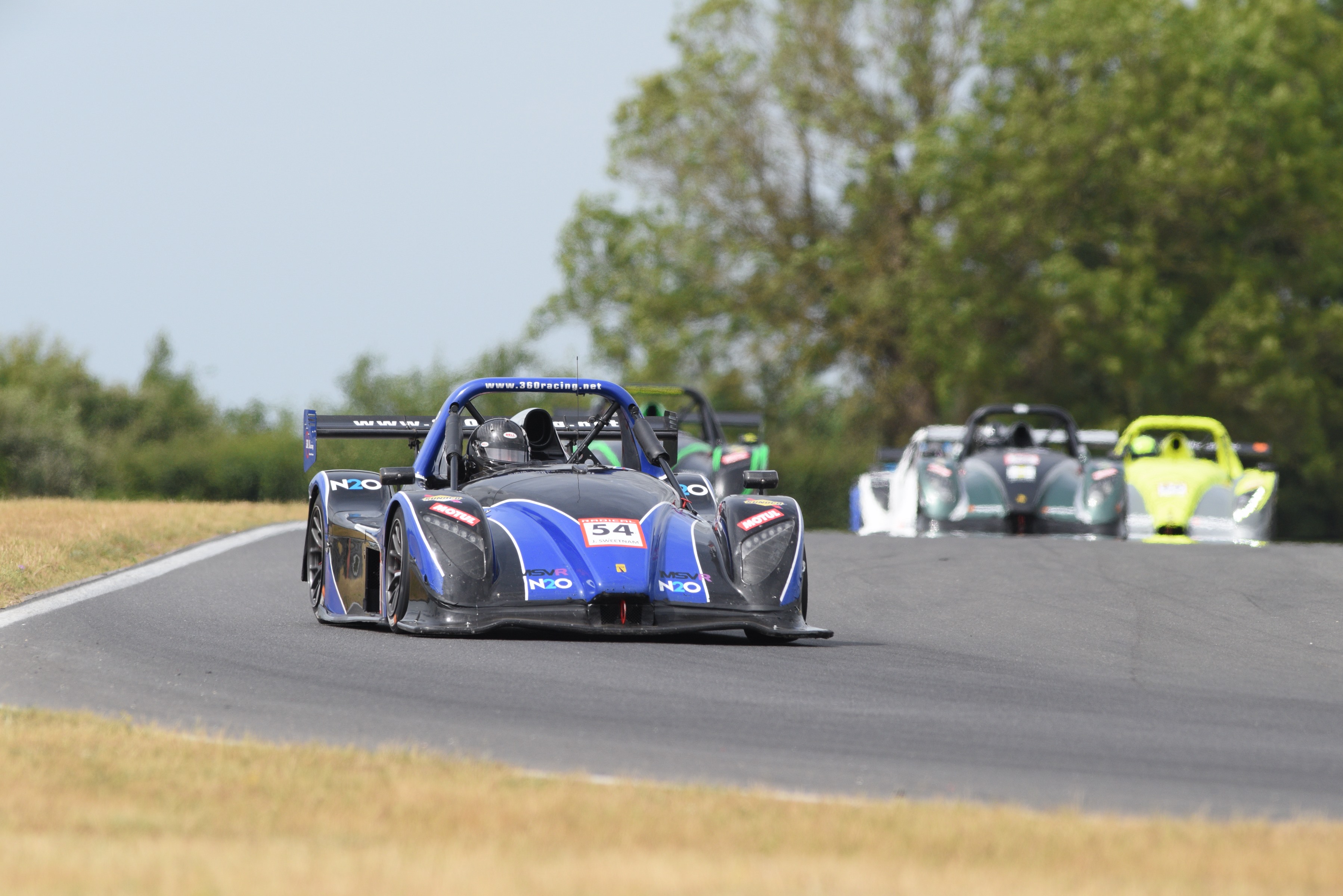 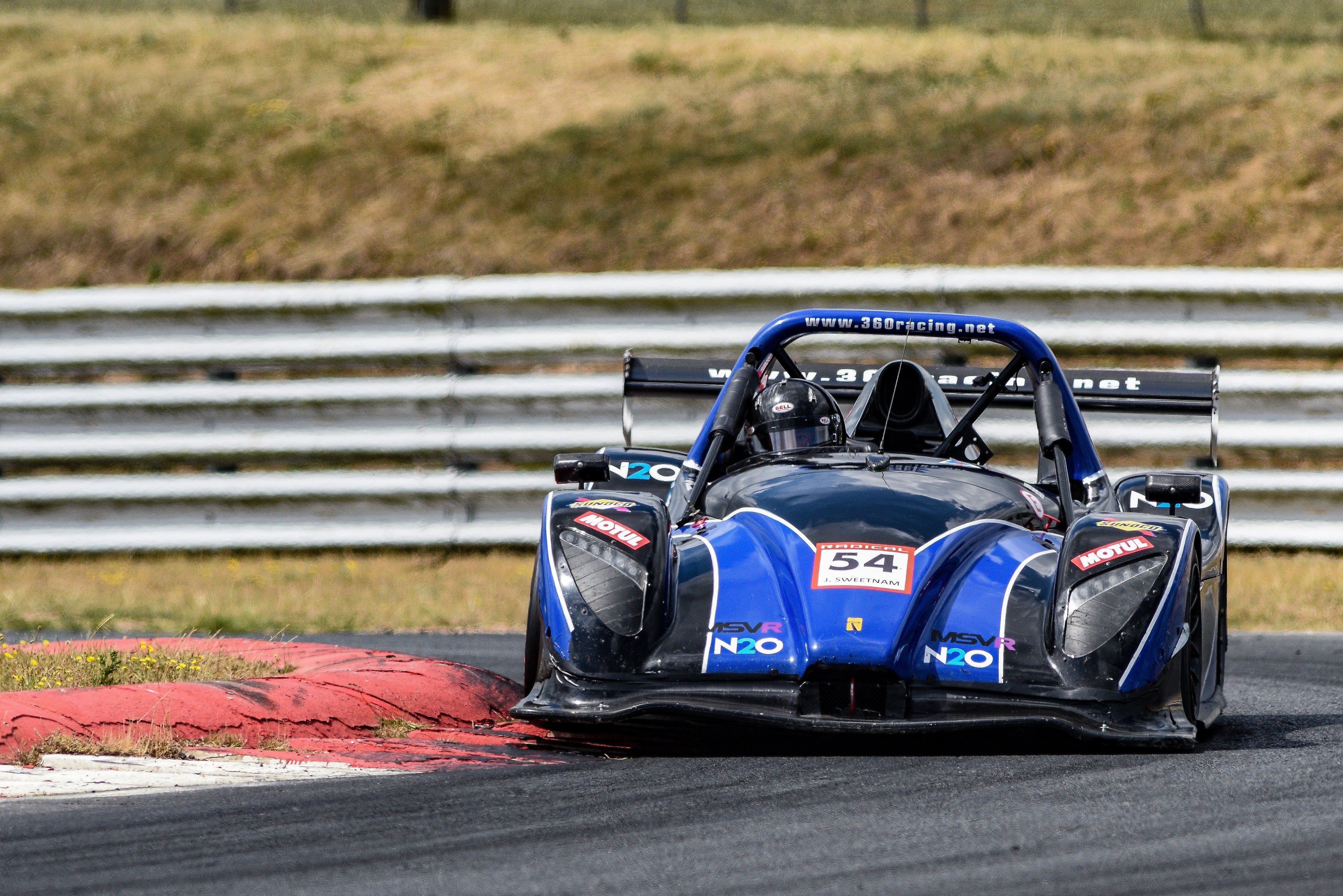 In Sunday’s qualifying for the afternoons 45 minute Enduro, there was more pace from his SR3 and he was sixth quickest. “Much better, I was 9/10ths quicker and not far off fourth too, as I was trying to conserve my tyres,” he said.

In a very congested start he managed to avoid contact as Jones spun at Riches and settled into fifth place on the opening lap.

But with the safety car out it was almost like a second start as it went green after one lap. Sweetnam held his place chasing Macleod for fourth, but after only two laps the safety car was out again.

When the pitstop window opened he was an early stopper, but had to serve a long success penalty too.

Once the stops were complete he was in eighth, shadowing Chris Preen until Noah Degnbol caught them.

“I had a good start again and pulled away after the safety car, and had a good duel with Macleod until my early stop. Then I was back up to sixth and got tapped by Degnbol under the bridge,” he explained

He was back to 10th following his recovery, but began his fightback and was back to seventh, before Degnbol got by again after serving two penalties and left Sweetnam to take eighth.