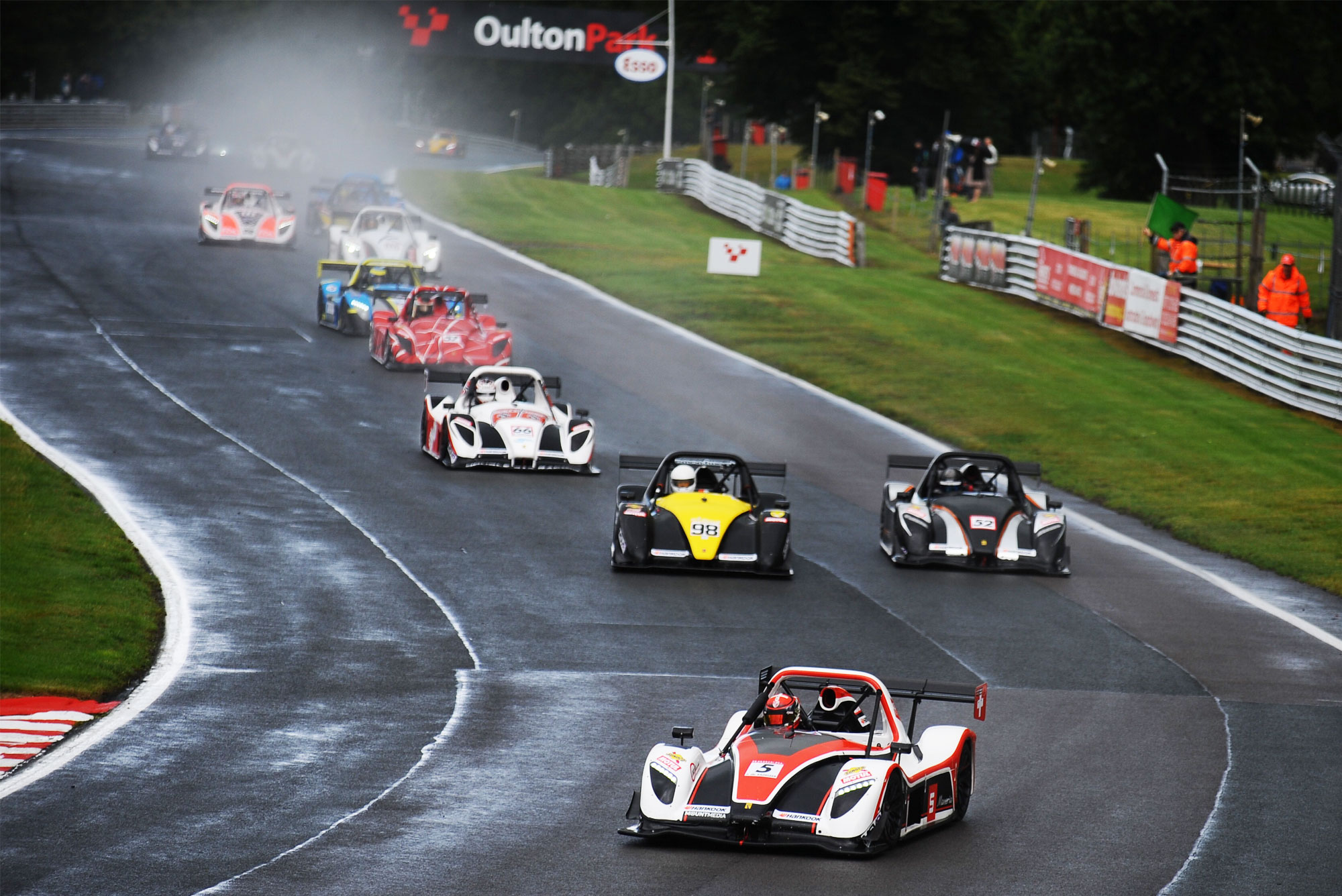 ANOTHER WIN FOR DE SADELEER AS TITLE RACE HOTS UP

All  three 360 Racing drivers showed their pace in the Radical Challenge at Oulton Park, with another win and third keeping Jerome De Sadeleer’s title chase on target.

But it was team mate Mark Richards that starred in qualifying, only 0.393 secs off pole, with De Sadeleer fourth and Jason Rishover sixth. “I spent too much time stuck in traffic,” said De Sadeleer.

It was a fantastic start as the 360 trio completed the opening lap occupying all three podium places, as De Sadeleer led Richards and Rishover, after Jackson had slid wide at Lodge Corner. “I had got one place at the start, a couple at halfway and then led after Dominik had gone very wide,” De Sadeleer explained.

But on the drying track Rishover began to have handling problems. “I had a great start and that first lap with Jerome and Mark was fantastic. Then the car stopped performing, so much understeer and it was difficult,” he explained.

Jackson had taken Rishover on the second lap and then closed in on Richards too, with the 360 driver losing out to the defending champion on lap five into Old Hall.

With four laps behind the safety car following, all the stops were made in this period too. “I used my brain when the safety car came out, as I knew Dom had to have a longer stop, and everyone would pit together,” said De Sadeleer.

He rejoined with his lead in touch, but Richards had lost out to Joe Stables from the green flag, who managed to get away, until roles were reversed again on the final lap, making it a 360 one two, as De Sadeleer headed Richards by 7.2 secs at the flag.

“It was a good race for me, Joe put me under some pressure so I had to put my foot down, but I found lots of grip in the rain and was confident," De Sadeleer added.

Rishover had been pursuing Brian Caudwell in a duel for fifth, but came unstuck at Shell Hairpin. “We were having fun and I was quicker through Island and Shell, then lost aero exiting Shell and hit him in the back. The race was red flagged and I was disqualified,” he explained.

There was an early break at the front in the second race, with Richards in third behind Jackson and Jac Constable, and De Sadeleer in fourth.

Two laps of the safety car brought De Sadeleer onto Richards tail from the green flag, but both Jackson and Constable had got away again. “I had got held up a little but forced Mark into a mistake and got him at Lodge,” said De Sadeleer having got by on lap six before starting to make inroads on the lead pair.

It proved to be a bridge too far and although the gap came down considerably, De Sadeleer had to settle for third, 0.634 secs off second placed Constable, with Richards fourth and Rishover a “lonely” seventh. “I tried a couple of moves on Jac, but they were too risky,” De Sadeleer confirmed. 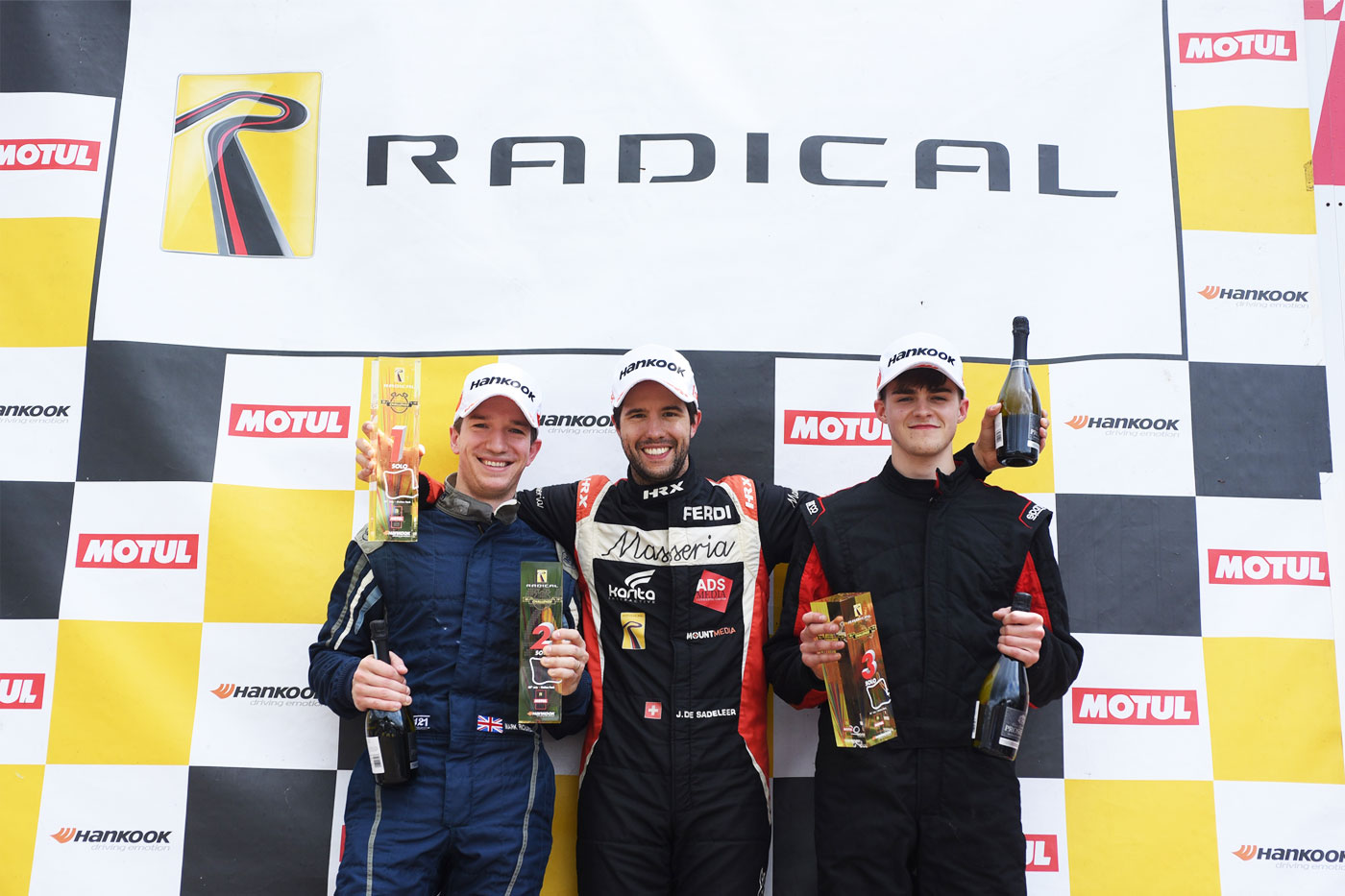 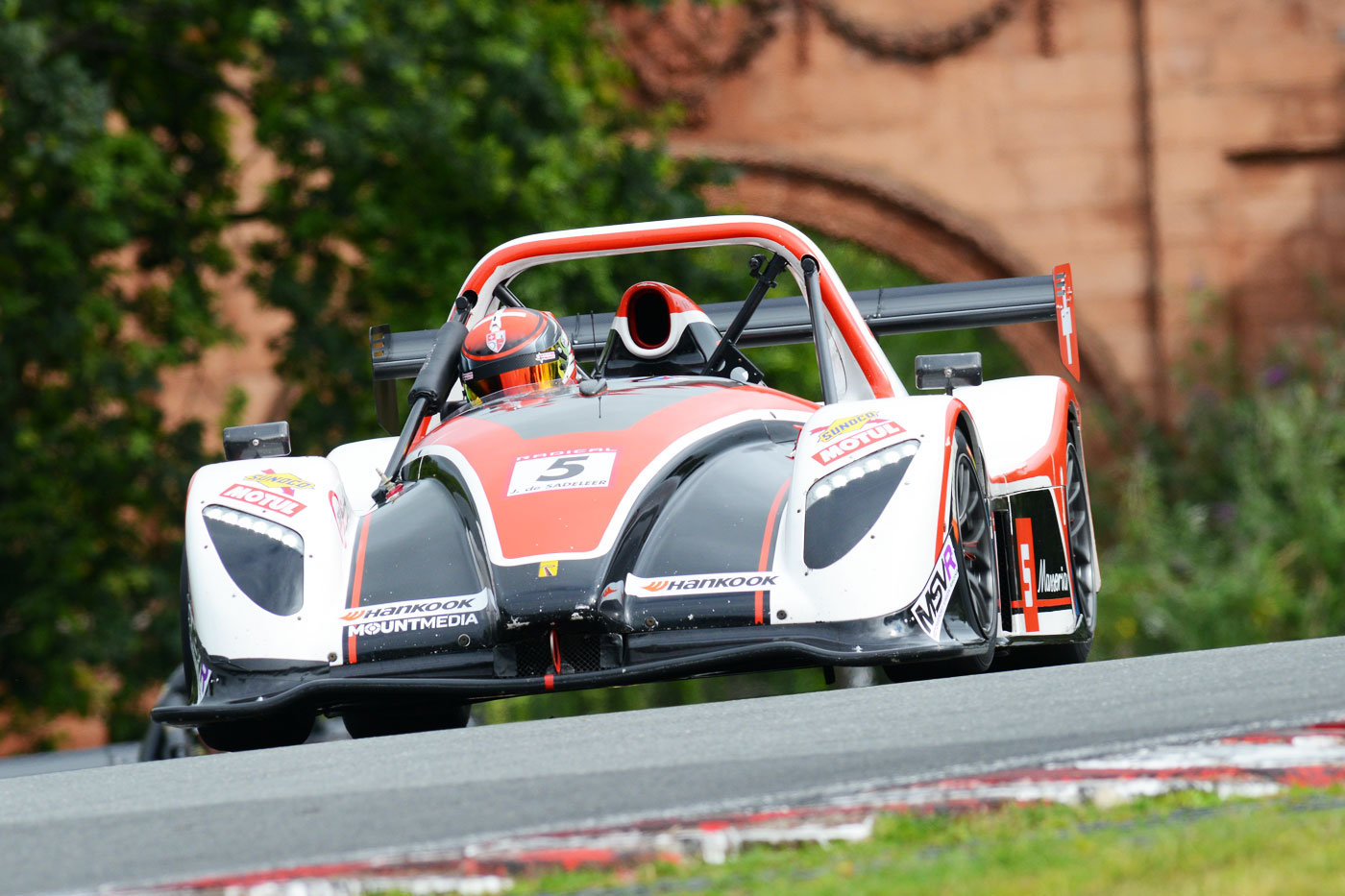 Any threat of rain had gone and De Sadeleer and Richards shared the second row for the third and final race.

It was Jackson and Constable to the fore again though, with De Sadeleer doing his best to hold on in third, as fourth placed Richards began to be threatened by Joe Stables.

“I could see Jac and Dom both getting track limits warning, so I was being careful,” De Sadeleer added.

Rishover was in sixth as all three 360 drivers held station until their pitstops.

De Sadeleer rejoined fourth and had just taken Stables for third, when he received a stop go penalty for a pitstop infringement. “Having seen Dom’s penalty, I was effectively third until I saw my stop go penalty,” he said.

Rishover was then up to fourth defending his place from Richards, before the rejoining De Sadeleer joined them too. But Richards then had to serve a track limits penalty also.

Rishover still had his sights on his first podium as he shadowed John Macrae. “I was having a good battle with him and trying to hold off Mark and Jerome, then spun at Shell on the last lap. I so wanted that podium, I will get there and now I think I have the pace too,” said Rishover after dropping to ninth.

De Sadeleer had continued to chase Rishover but then lost out to Stables again with a lap to go. “I was chasing Jason and he made a strange move, so I ran wide and Joe got by,” De Sadeleer explained.

But Stables was also penalised which handed fourth back to De Sadeleer, while Richards finally came home seventh.