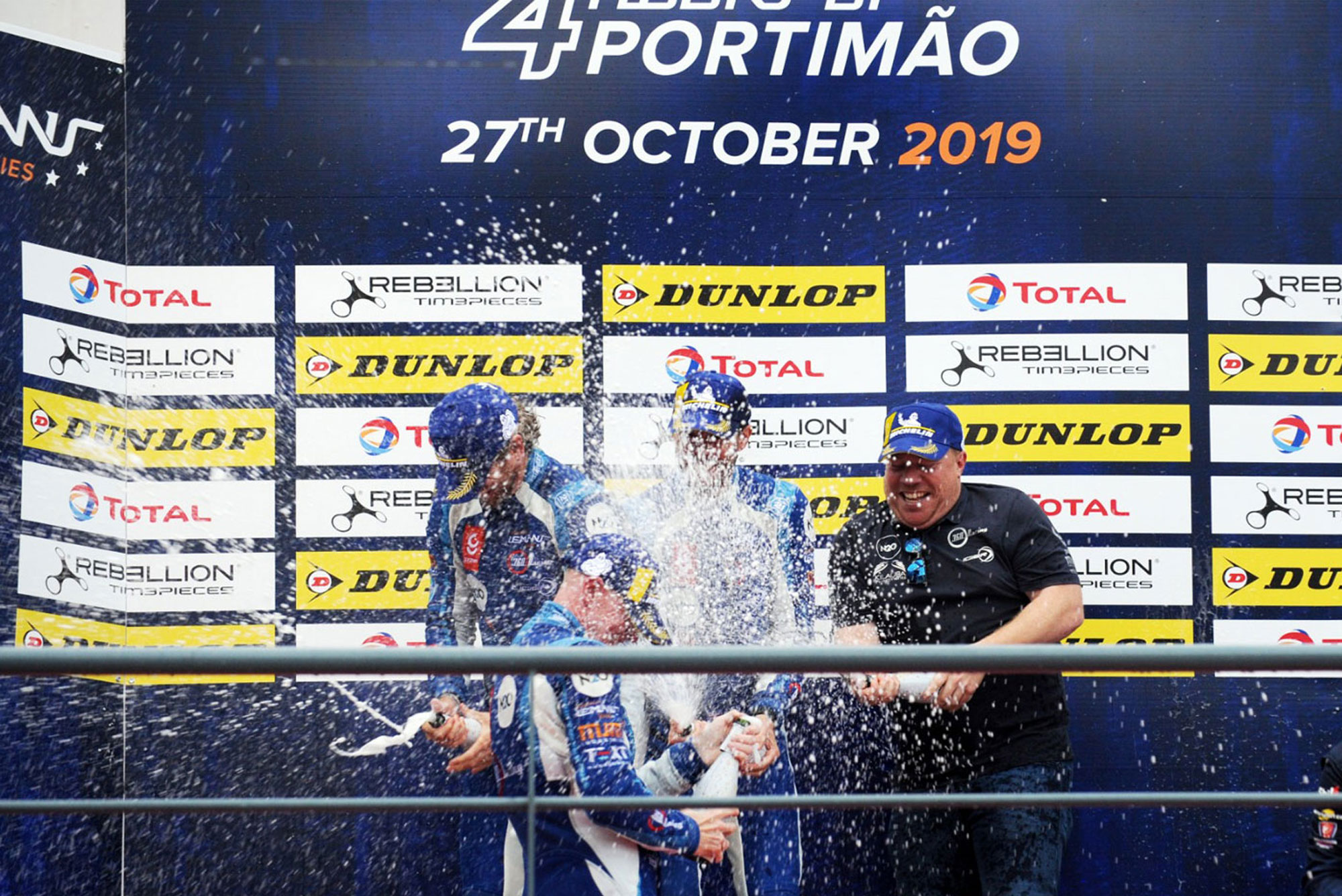 In an up and down season in the European Le Mans Series, the 360 Racing trio of Terrence Woodward, Ross Kaiser and James Dayson brought the curtain down in the best possible way, by celebrating their first win at Portimão!

As usual Kaiser took the wheel of their Ligier JSP3 for the brief qualifying session and although he was only 0.834 secs off pole, he was sixth best lined up on the third row. “I was pleased with my time, but couldn’t live with the Normas pole time,” he said.

The first start was red flagged after a first corner incident, but fortunately Kaiser came away undamaged and took his place for the restart after a 55 minute delay, although the clock had continued to run down.

It was a scorching start and by the end of the opening lap Kaiser was in third. “I had a run on Mikkel Jensen’s Ligier and another car into the first corner, but as I had to hit the brakes I lost places but had got them back before the end of the first lap, when the red flags came out,” he explained.

With Jensen pitting when the safety car led the restart, Kaiser was into second chasing Lucas Legeret’s M Racing Norma for the lead.

They ran in fairly close formation for the next seven laps, before Kaiser was forced to serve a drive through penalty, as his start was adjudged to have been a little too eager.

“I came into serve the penalty as the safety car came out again, so had to come in again. But when I made my next stop we brimmed the fuel so I could stay out for about 1hr 50 mins or so,” he added.

He started to climb the order again and was back to sixth when he made his stop to hand the car to Dayson, who ran in second again for a while. 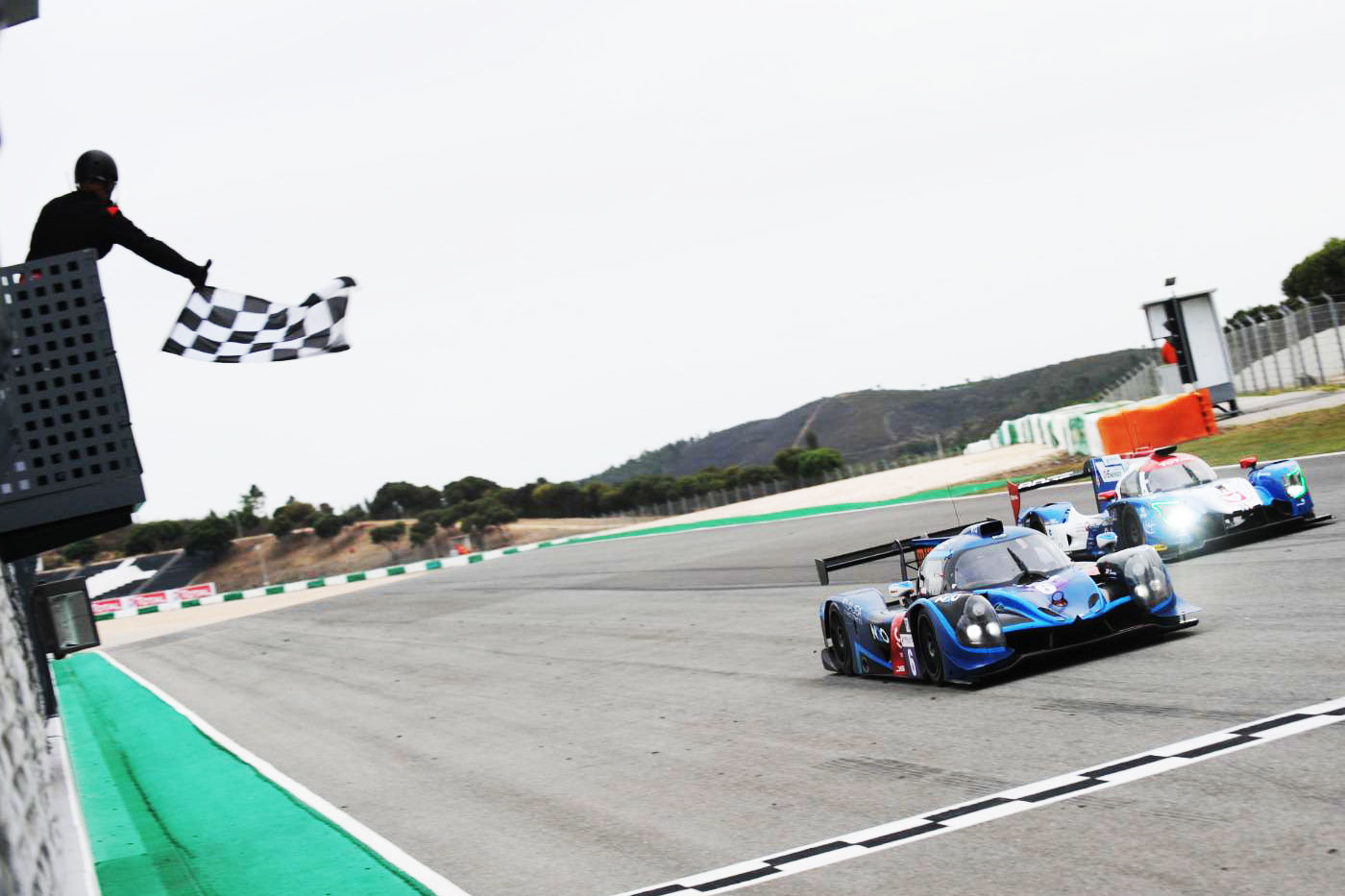 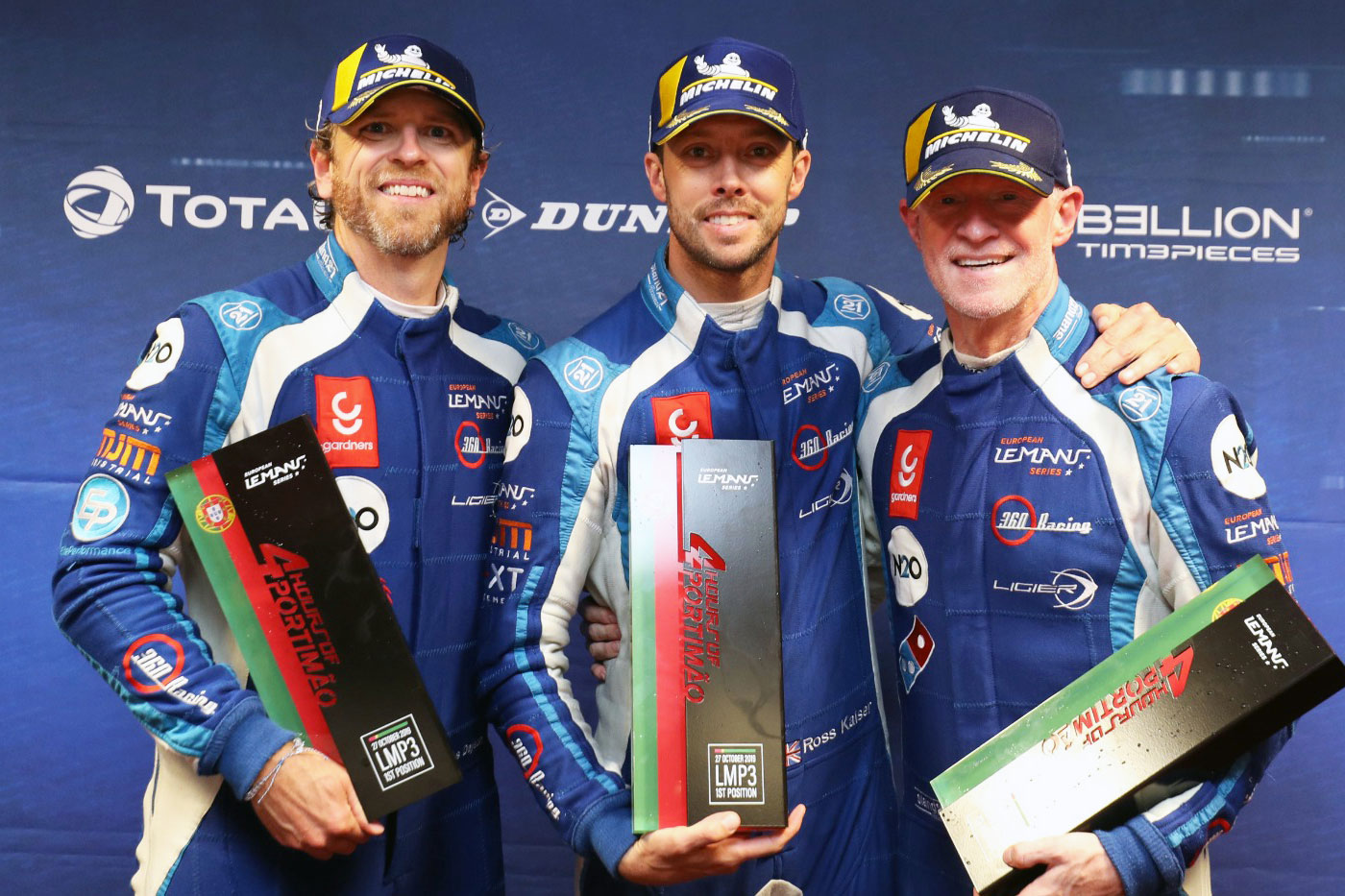 As more stops were completed the order began to settle, with Dayson duelling for fifth with the United Autosports Ligier of Garett Grist.

But the safety car was out again and both Dayson and Grist were waved by. He was almost back in the line when he peeled off into the pits, for the final change handover to Woodward.

Both the 360 and United Autosports Ligiers had gained from the safety car and emerged as the lead battle, as Woodward was left fending off Tommy Erdos for his entire stint. But the 360 crew had made their last mandatory stop earlier, so it was just tyres and fuel and out again, whereas United Autosports had a longer stop.

“It was a great last stop, as soon as the wheels were back on we were way. I think I came out 12 secs up, but traded times with Erdos, depending on the traffic. I managed to open a gap, keep my head down, stay focused and take no risks,” Woodward explained.

Due to the long halt at the start, it was fitting that team principal Woodward brought the car to the flag for a maiden victory, whereas normally it would have been Kaiser.

“I could see no one was behind me, and thought we were on the podium. But as I took the flag I saw all the team on the pitwall and my engineer Rob came on the radio and said P1,” he added.

“We have lost out so many times to safety car situations, it was a change to be on the receiving end for once. Terrence drove brilliantly to make it work to the end,” said Kaiser.

“This was for the whole team. So pleased and we deserved it,” Woodward concluded.