360 TO THE FORE AS DE SADELEER TAKES SILVERSTONE VICTORY

Both Jerome De Sadeleer and Mark Richards were on top form at Silverstone, as the 360 duo dominated the Radical Challenge podium.

After qualifying for the first race of the weekend, De Sadeleer was on pole, with Championship leader Matt Bell splitting him from team mate Richards.

But rains had fallen before the grid formed up and De Sadeleer opted to stay on wet tyres, while Richards pitted on the out lap, changing to slicks but starting from the pitlane.

“I knew whatever I chose Matt would have to copy, and it proved to be totally the wrong strategy,” De Sadeleer admitted.

Bell led from the start with De Sadeleer a close second, but it soon became evident that the track was drying and wets would not last the race.

“I under estimated just how slow it would get on wets, it wasn’t good for me and by halfway the tyres had gone,” he explained.

Richards had started last but charged through the field on slicks. “It was great fun, but not really that difficult the advantage was so much,” he said.

Richards charge took him past De Sadeleer into third by lap six and with a lap to go he snatched second from Bell, leaving De Sadeleer a disappointing sixth.

Steven Lake made the top 10 too, taking a clear eighth.

With a dry track it was back to normal in race two with De Sadeleer ahead from the start, but under constant pressure from Bell, with Richards sat in third.

“It was a strong race but lots of pressure and I made one mistake, but it was enough for Matt to get me,” De Sadeleer explained after running wide at the Hairpin on lap six. 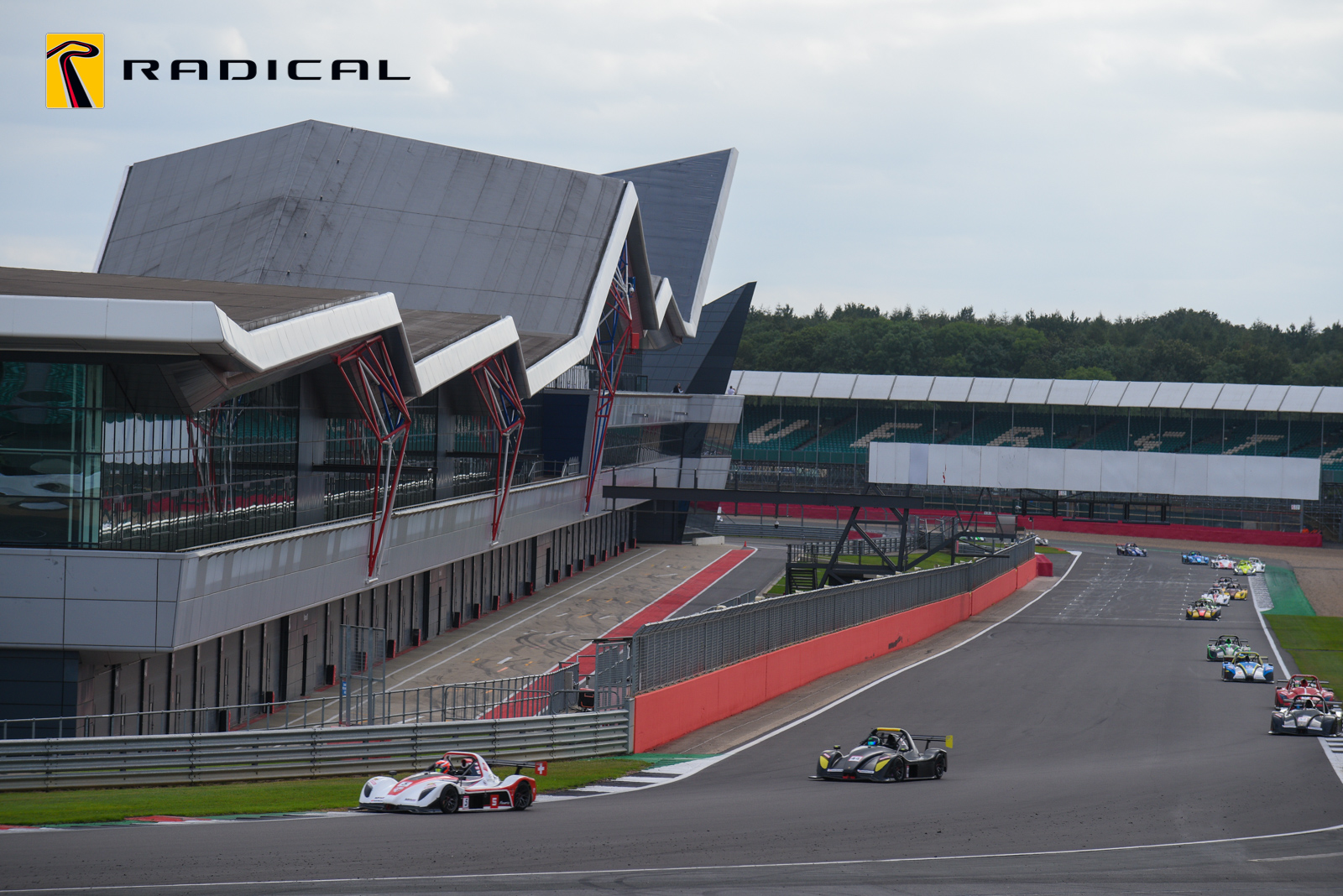 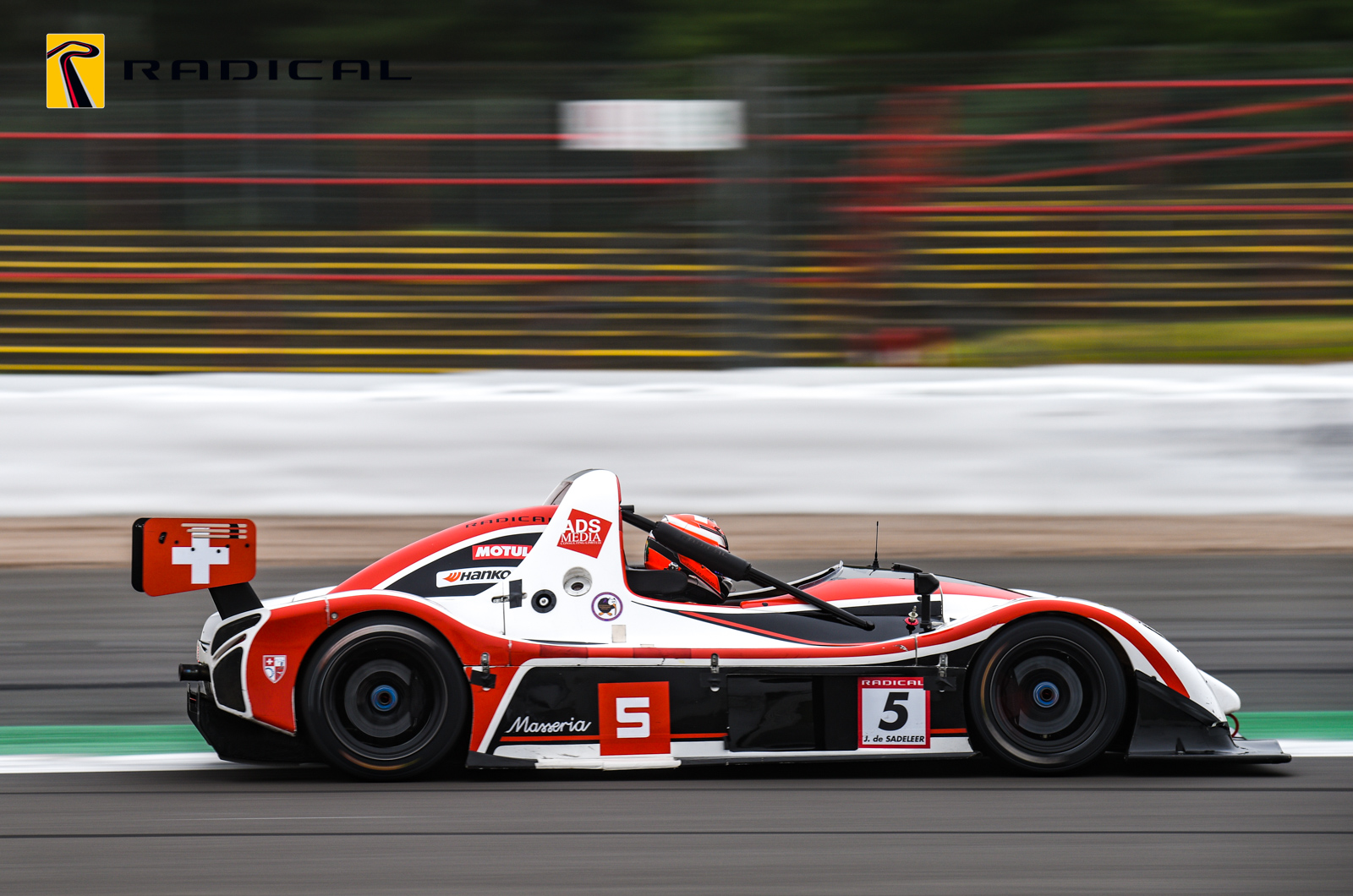 Bell still couldn’t break the tow however and at the flag they were split by only 0.693 secs.

Richards was comfortably in third throughout, “I just couldn’t catch them, so spent most of the race on my own,” he said.

Lake missed out on the top 10 this time around, finishing 11th.

It was dry again for the final race of the weekend and it was an all 360 front row of the grid, with De Sadeleer on pole again.

There was little to split the team mates for the first half lap, still side by side as they headed out of the Loop and prepared for the charge down the Wellington Straight, before Richards finally surrendered.

“He knew he had to let me go or he would be on the grass if he stayed there. A good clean start though,” said De Sadeleer. “Yes he closed me down as I expected,” Richards replied.

While De Sadeleer focused on building his lead, Richards had Bell pressing to challenge.

“It was a good stop and I didn’t exactly know where Mark was,” said De Sadeleer, after taking victory by over 20 seconds.

Richards continued to hold off Bell too and had a nine seconds cushion as he took the flag a clear second. “We weren’t catching though as Jerome was so much quicker.

Lake was a disappointing 12th, having run eighth early on. “I got hit and the bodywork was loose, so much vibration,” he explained.