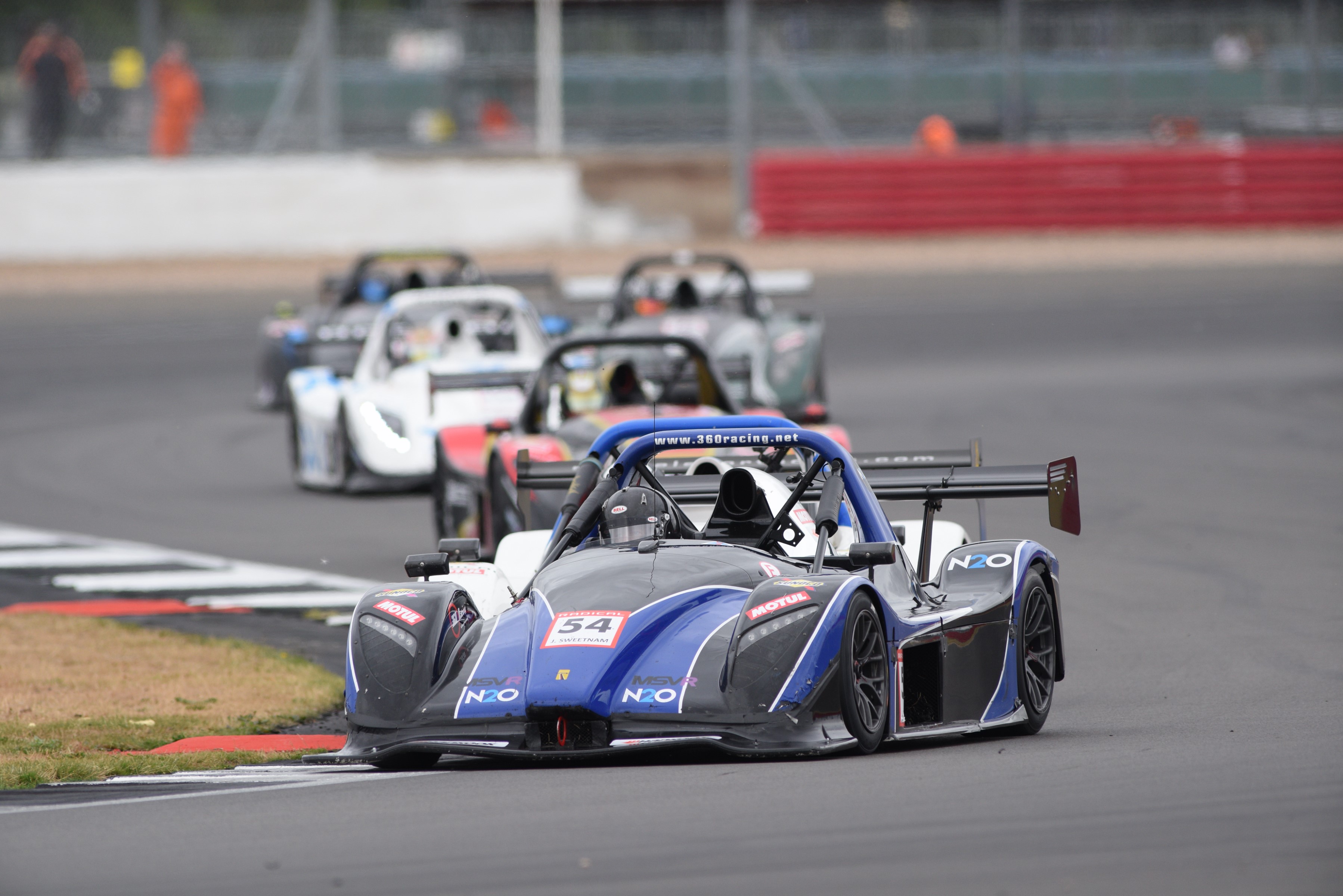 James Sweetnam and Wesley Fongenie were in action in the Radical Challenge, as 360 Racing tackled their home event on the Silverstone Grand Prix Circuit.

After the first qualifying session Sweetnam was seventh best, “I got an early banker lap, came in to check tyre pressures and then got held up on my best lap,” he said, finishing just over a second off pole.

In the initial sort out at the start of the opening race, Sweetnam was in fifth place being part of a train of cars held up by a slower car.

After three laps he finally got by but was left in a solitary fourth. “I held the gap to the leaders but couldn’t close. It was the time lost in those opening laps that cost me,” he explained after retaining a clear fourth.

Fongenie was embroiled in a four-car battle for most of his race, before claiming 17th. “When Rishover went off at the start I got passed by lots of cars and then then played catch-up,” he explained.

Starting down in 14th for the second race, Sweetnam had a fight on his hands to make progress.

He had made it into the top 10 fairly rapidly, before a three-lap safety car intervention. From the green flag though he was on a charge, ninth on lap sixth, became eighth on lap seven after he muscled his way past Chris Short between Brooklands and Luffield.

He battled his way past Jason Rishover too on the last lap to take the flag seventh, only to be given a two place post-race penalty for gaining an “unfair advantage.”

“I made a lot of places on the first lap, but when a car braked earlier than expected I went off at the Maggotts Becketts complex, gained a place and didn’t give it back, so re-joined having gained the advantage,” he admitted. 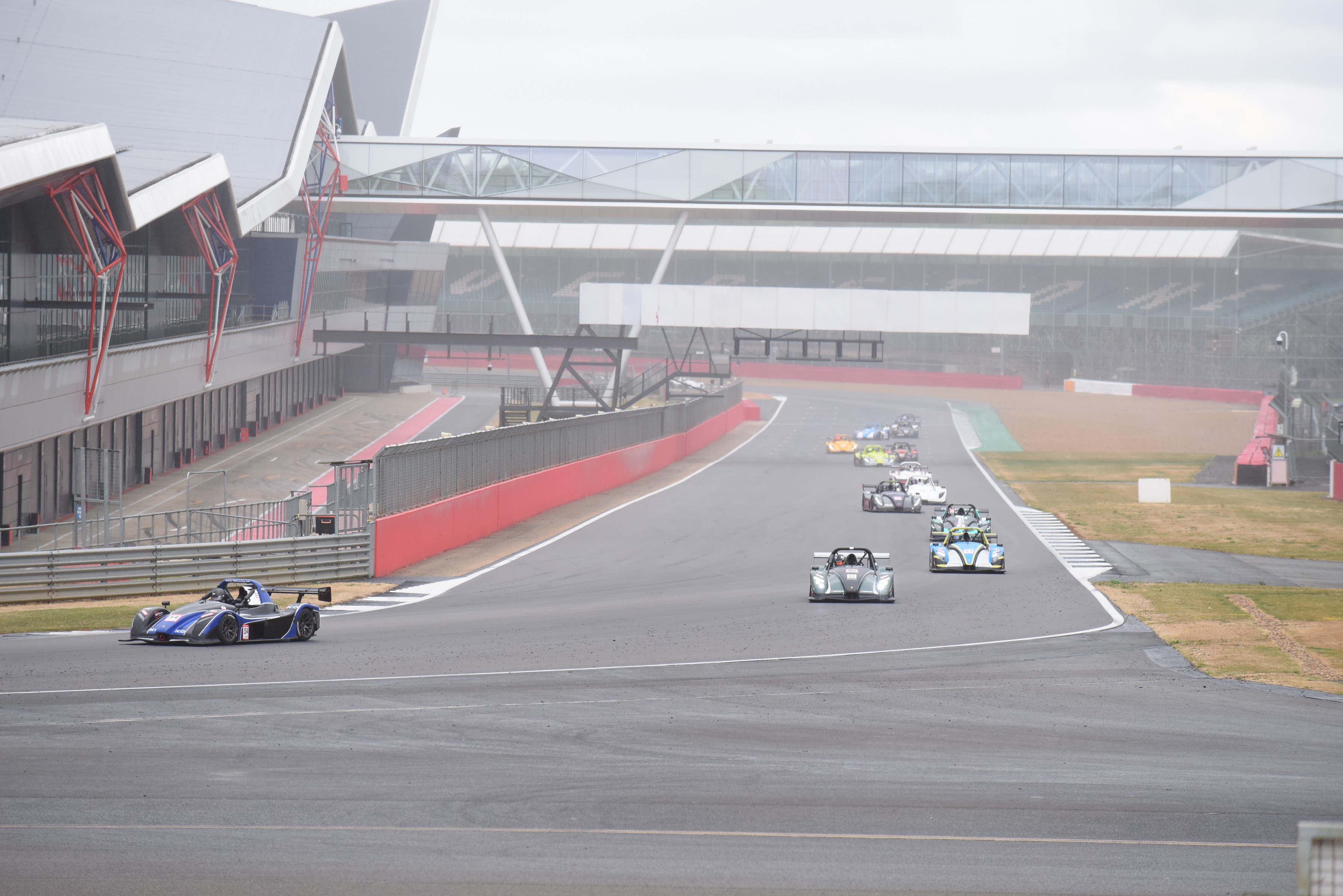 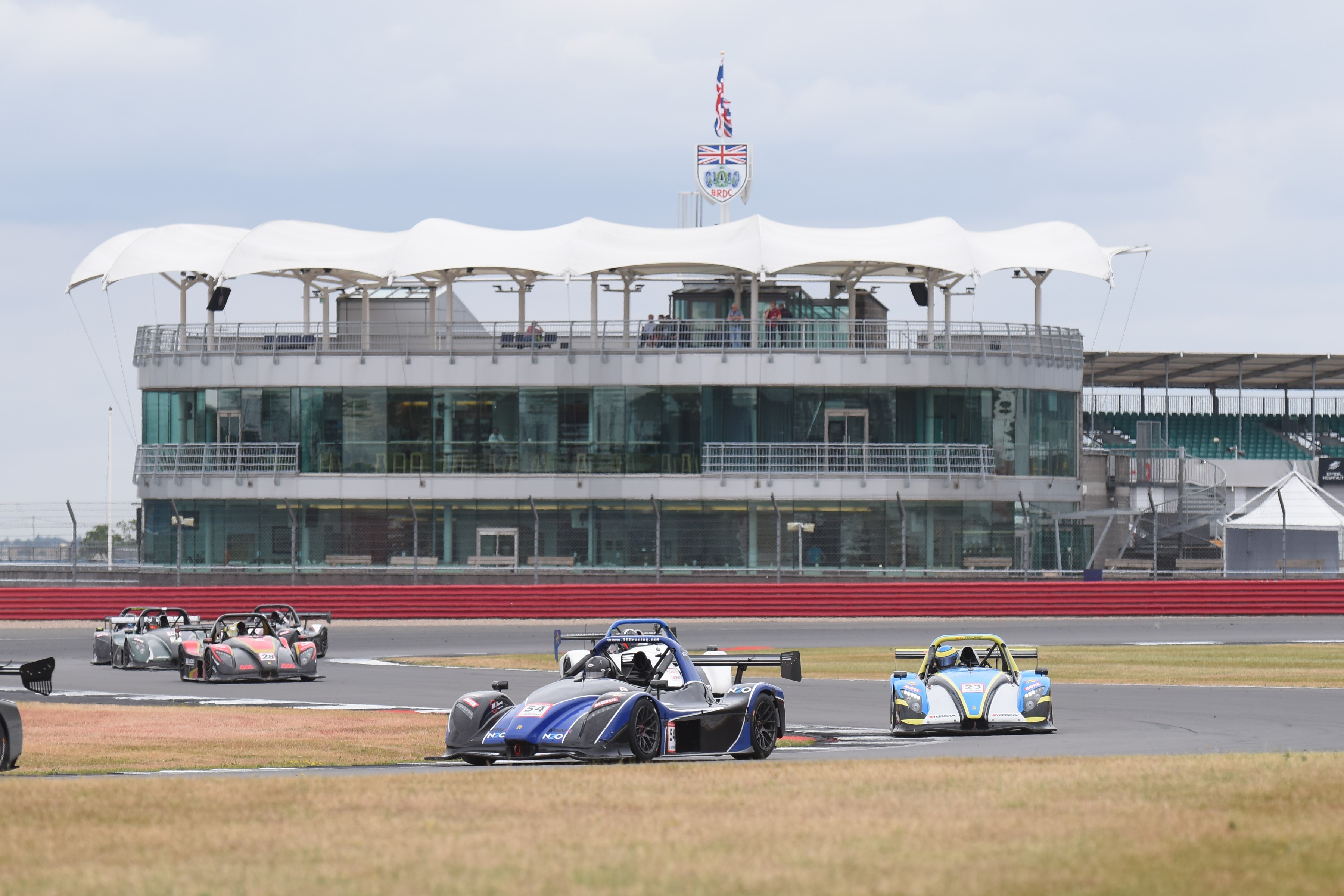 Fongenie improved on his first race result, but was a fairly solitary 15th.

Sweetnam made it into the top six in qualifying for Sunday’s Enduro, but felt he could have done better. “I was on my fastest lap on the very last lap, but then came across double yellow flags and had to back off,” he explained, but was just 0.2 secs off the second row of the grid.

Rain clouds threatened as the cars headed for the assembly area and it was a last-minute decision to change back from wets to slicks for the race. But as the race got underway the rain started and got heavier.

Sweetnam had managed to settle in third from the opening lap though. “I got a great start, but the rain kept coming and I had a huge spin at Copse on the third lap, so came into the pits to change to wets,” he said.

It was almost becoming a lottery, but then the sun came out and the compulsory pitstops followed.

Sweetnam had settled in a strong fourth, but a late safety car intervention made it a three-lap sprint to the flag.

He made it into third exiting Luffield on the last lap, but received another post-race penalty for a safety car indiscretion. With 30 seconds added on it dropped him to 10th, with Fongenie 21st, after just losing out in a racelong duel with Elliott Goodman.

The next round of the Championship is at Oulton Park on August 13th.